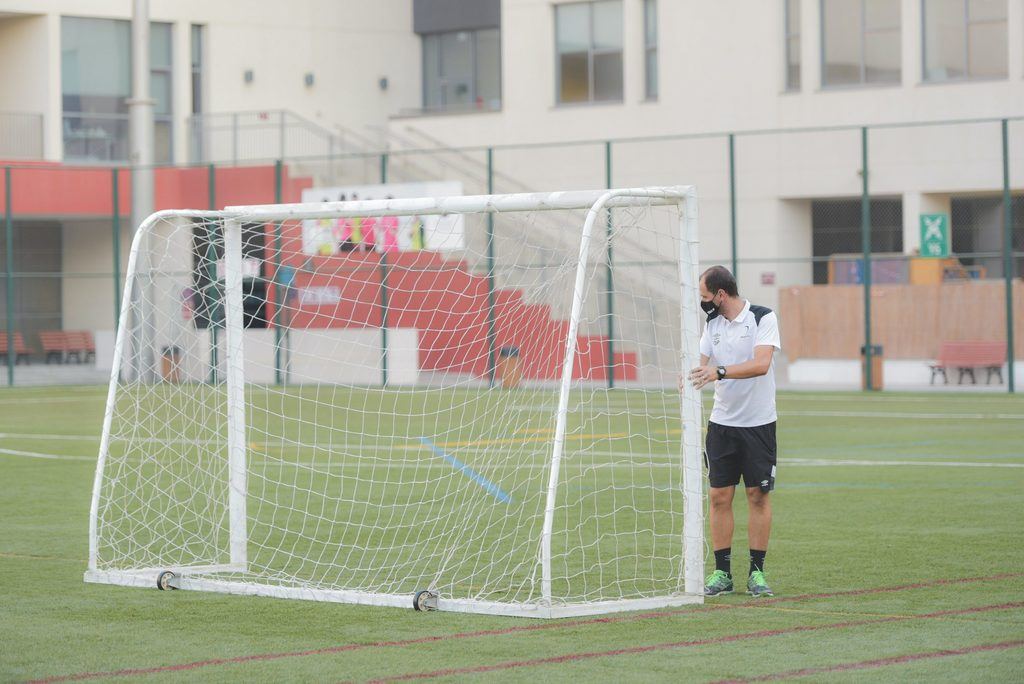 Does your child want to play on a rec soccer team? Yes? Are you sure? Congratulations, now you’re the coach. Resist all you want. This. Is. Happening.

When you politely explain that you work full time, have three kids, deliver meals to lonely senior citizens one day a week, have a severe grass allergy, and have never played soccer before, they will swear to you that it’s really no big deal and that you are definitely more qualified than all the other parents, who, you will learn later, all said no. All you have to do, they’ll say, is reach out to welcome your players, choose days/times to hold practices (if you want to hold them), give everyone the game schedule, and show up.

Our Youth Soccer Education Platform for Parents and Coaches.

1. For the first four weeks of the season, all the kids will look alike.

2. Three players will have the same first name.

3. Half the parents “aren’t fans” of the organization’s rule that every kid gets to play at least half of every game.

They will text you 1) during the game, 2) on your way home, and/or 3) at work the next day to tell you that your outrageous decision to put Teegan/Kai/Abdul/Britney/Brittany/Britannie/Sophia/Juan/Ryan A./Ryan R./Rye on the field is the reason you lost the game and don’t you think it would be better for all the kids if they won once in a while?

4. Your team includes kids who can’t always be there.

Your team includes four kids who can’t always be there because they also play basketball, three who always leave early because they play hockey, two who arrive late because of piano lessons, one who just 100 percent does not want to be there, and on any given game day, a handful who have too much homework, an orthodontist appointment, a trip to Grandma’s, or no way to get to the field.

5. You will quickly regret your idea of letting the kids choose the team name.

You'll realise this when you have to lead the cheer, “Go Green & Purple Dragon Zombie Doughnut Unicorn Sharks!”

6. Your own child will hate you for being coach.

This is because they don't play as much as everyone else, but mainly because they have to haul the equipment from your car to the field and back.

7. The other parents will hate you for always favoring your child and giving her more play time
than everyone else.

8. During a meeting at work, your boss will call on you while you are busy sketching that night’s line-up on the back of the employee charitable giving payroll deduction form she gave you when you walked in the room.

9. The first time you lose your cool it will be:

When a player on your team has physically or mentally wandered off the field in pursuit of a rabbit hopping behind the goal, someone walking a puppy, a grandparent who came with a sandwich bag full of candy for them, an ice cream truck, or a rainbow.

10. The second time you lose your cool will be when:

The other team's coach either cheats, runs up the score, or shows up wearing an adult-sized version of the team’s jersey, with “World’s Greatest Coach” printed on the back.

11. You will have a favourite kid and it will not be your own.

12. At the last game, you’ll find out that you’ve been calling your favorite kid by the wrong name the entire season.