3 Critical Moves Soccer Parents Must Take for US Soccer Reform 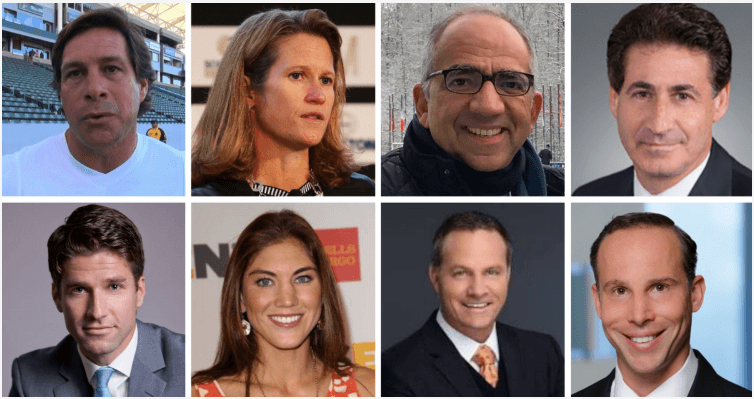 3 Critical Moves Soccer Parents Must Take for US Soccer Reform

On February 8, 2018, at the U.S. Soccer AGM in Orlando, Florida – a new United States Soccer Federation President will be elected. This is an incredibly significant election, at an important crossroads in our U.S. Soccer history as our U.S. Men recently failed to qualify for the World Cup and the gaps in the international women’s game are quickly tightening, all while our youth soccer participation numbers are declining.

In light of these events, all while U.S. Soccer has in excess of a reported $130 million in reserves, the soccer public is asking important questions of our leadership regarding transparency, term limits, seemingly confusing partnerships between SUM, MLS and U.S. Soccer and even Anti-Trust issues at our professional and youth levels.

Many in the U.S. Soccer membership (coaches, fans, parents, players) feel as though they are not being adequately served by the Federation.  Like never before, passionate soccer lovers and leaders are publicly questioning behaviors and business relationships such as: Is it okay for Sunil Gulati and Don Garber (MLS Commissioner), who sit on the very committee that is overseeing the election proceedings, to actively support a candidate? While many of these questions and conversations are happening on twitter, blogs, chat rooms and not in the mainstream channels –  Grant Wahl, a senior writer for Sports Illustrated, brought some of these issues into the mainstream media in his article on December 22. A revolt may be too strong of a word to use for all the questions being asked and conversations happening (unless you are on twitter and see the sometimes harsh banter there).

A rising may be a more appropriate description…as it’s not quite an uprising – YET.

For this rising to become an uprising it will require mainstream soccer “consumers” to join the conversation – most notably, the parents.

Calling parents to action, I have grown to understand as I lead the Soccer Parenting Association, is one of the most challenging aspects of the work I do. Asking parents to get more involved and engaged in youth soccer when they are often satisfied with the current situation of their son or daughter is generally met with ambivalence and inaction.

Parents must believe, understand, and embrace the idea that youth soccer could be better, even when it appears to be okay.

Parents – many of whom have little personal experience with the game – must believe in, see and respond to the potential that exists to improve soccer in the United States.

Latent qualities or abilities that may be developed and lead to future success or usefulness.”

When it comes to fulfilling our potential as a soccer nation, the list of programs and focus areas that deserve attention is quite long and overwhelming.

Do we focus on improving coach education, access to the sport, relationships between coaches and parents, establishing clearer pathways for development from recreation to the pros? Or should we concentrate on developing our professional leagues, removing bully coaches, long term athlete development, pay to play, promotion and relegation, winning vs. development, parent sideline behavior or early specialization? The list goes on and on.

Yes, it’s a long list – and every one of the items has merit when it comes to improving the game. However, just thinking about this list brings about the feeling of overwhelm.

In the book, Switch, authors Chip and Dan Heath refer to this as Decision Paralysis. “More options,” they say “even good ones, can freeze us and make us retreat to the default plan.”

In the case of youth soccer – the default plan has been to simply be satisfied.

The status quo feels more comfortable than making a decision about where to begin amongst all the viable choices for how to improve the game.

The challenge then for reform is how do we handle this overwhelm? How can we acknowledge this long list of things to do while at the same time creating a successful call to action that results in change?

Again, I default to Chip and Dan Heath and their concept of Scripting the Critical Moves. They say, “Change begins at the level of individual decisions and behaviors, but that’s a hard place to start because that’s where the friction is. Inertia and decision paralysis will conspire to keep people doing things the old way. To spark movement in a new direction, you need to provide crystal-clear guidance.” (pg. 56) They go on to say: Define the Critical Moves.

So, as parents, what specifically can you do now to help the game fulfill its potential in the future?

Demand Good Governance from the non-profits that lead soccer in the United States.

3 Critical Moves Soccer Parents Must Take for US Soccer Reform:

1.  Educate yourself about the candidates and issues for the upcoming U.S. Soccer Presidential election.

Support a candidate that is calling for reform to our Governance Policies and Structures at the Board Level.

There are currently 8 candidates in the running. Here are links to two articles discussing the candidates:

If you are interested in learning more about the primary issues at hand, spend some time on twitter as that is where a lot of these conversations are happening. Here are some suggestions for people to follow:

Gary Kleiban – (disclaimer that Gary can sometimes be a bit hostile!!)   @3four3

2.  Call your State Association to ask who they will be casting a vote for in the upcoming election.

Disenfranchisement has been a byproduct of our soccer culture for way too long. It’s time for parents to ask for the door to be opened a bit – as this comes down to good governance policies.

Here is a link to all the State Association contact information:

Expect your US Youth Soccer State Association to disclose their vote to you as technically they represent you.

If your child plays with one of the other primary soccer organizational structures such as US Club, AYSO or SAY Soccer, reach out to them to inquire.

Ask for transparency and justification as to their voting choices. Ask for information about the process that was involved in them coming to a decision. We need to encourage transparency as we move forward as it is the foundation of the good governance our game deserves.

If you have an opinion as to whom you want them to vote for – tell them. Speak up!!!

3.  Familiarize yourself with your club, league and State Association leadership.

If we want good governance policies at the national level, we must expect them at local and state level as well. Good governance means policies for Conflicts of Interest, Term Limits, Gift Acceptance, Board Diversity, Publishing of Meeting Minutes and Transparency. There should be a clearly defined and expressed mission and strong leadership and accountability for fulfilling it. As parents, you should be evaluating your clubs, leagues and State Associations based on these policies, procedures and their fulfillment of their mission.

If you think your club or league or State Association can better serve players and families – GET INVOLVED! If you read Grant Wahl’s article, you will read that one of the men he frequently quotes (with disturbingly sexist comments) has been the president of the Eastern New York (Adult) State Association for the past 30 years! This is not good governance, and it is a problem.

At the recent Soccer Parenting Summit, an online gathering of soccer experts providing support, guidance and information for youth soccer parents, I asked Anthony DiCicco, one of the speakers, why it was important for parents to be aware of the upcoming U.S. Soccer Presidential Election and get more involved, more engaged and join the conversation. (transcript below)

These decisions are determining how you spend your weekends. How many hours you’re driving to play games. The impacts are far reaching. What opportunities will be invested in that may have the potential to impact your child. How we bring the collective US soccer community together to be able to compete on the field but be allies off it and have a shared vision for the significant success we all yearn for in American soccer. For the past 20 years we’ve experienced the division and the turf wars of the soccer community. And that is at some level inevitable but it certainly has not been diminished by U.S. Soccer’s foray into running the Development Academy in 2006 and now the Girls’ Development Academy. So there are a number of elements to this that directly impact parents because one of the burdens to entry for parents into soccer is understanding the system and understanding how they fit into the system and how their child fits into the system. Where we have an opportunity is to allocate resources to not only ease that pathway for parents but to dramatically change the opportunities that exist for millions of kids across the country.   These budgetary priorities and opportunities are very much as the center of this discussion and debate. They don’t dictate whether or not we’ll get change but they could potentially dictate the priorities for the next four years for U.S. Soccer.

The upcoming February presidential election has the opportunity to reform.

We need reform to reach our potential.

Parents, please do your part in supporting this reform by taking action – Following the 3 Critical Moves for Parents outlined above.

1.  Educate yourself about the candidates and issues for the upcoming U.S. Soccer Presidential election.

2.  Call your State Association to ask who they will be casting a vote for in the upcoming election.

3.  Familiarize yourself with your club, league and State Association leadership.