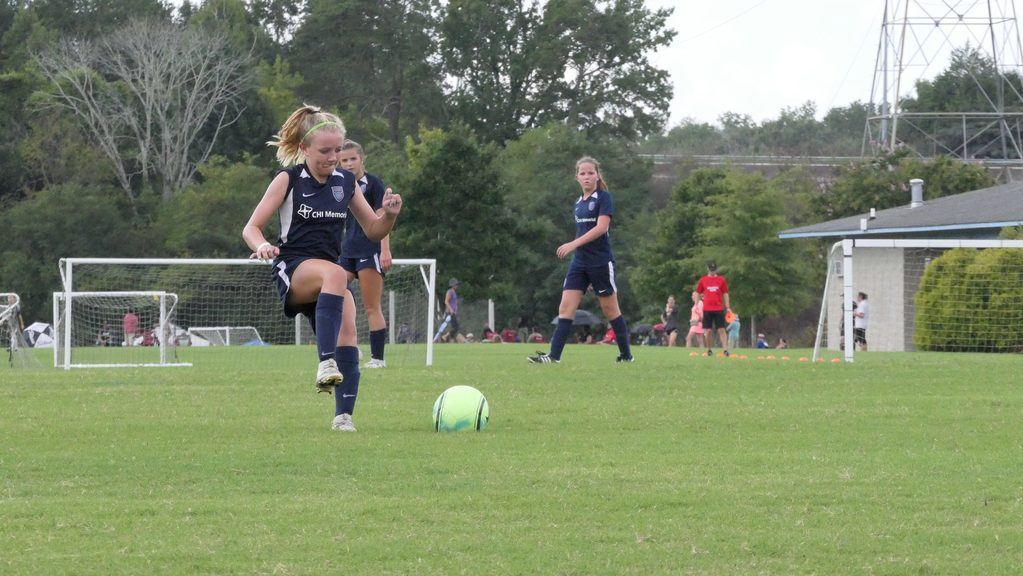 You may hear that youth sports are bad for kids, families, pets, friends, finances, and free time. But let me tell you who’s cashing in big. Me.

Thanks to my kids’ soccer schedules, I can’t spend my weekend doing chores and running errands, even if I want to. And while I may worry about getting to a game on time or whether my kid can keep the ball out of his own goal, you know what I’m not worrying about? Everything else.

But the perks don’t end there. Access is the biggest prize of being a sports parent. Each game gives me a view of my kids I can’t get anywhere else.

At its core, parenting is about watching. In the beginning, we watch them sleep, eat, and walk because we like to avoid emergency rooms and maybe we’re a tad paranoid. By the time they’re toddling, they demand our attention. “Watch me!” build a tower of blocks, knock down a tower of blocks, go down the slide, go up the slide, blow a bubble, blow a bigger bubble, blow the world’s biggest bubble. Watching them becomes second nature, and I didn’t realize how important it was to me until my kids were in zit-zapping distance of adolescence. That’s when everything changed. They retreated behind bedroom doors and phone screens. “Watch me!” became “Stop looking at me!”

Then sports came to my rescue. Soccer games gave me opportunity and permission to watch them for 60 to 90 minutes straight. Multiple times per week. It was like my favorite show, which had been cancelled by the network, was suddenly renewed on a streaming service, and now it’s way better than the original. Here’s why.

On a normal day, I don’t cross paths with my kid before school. I’m working when he comes home. He’s studying/sleeping/teenagering when I’m done. I may hear the creak of a bedroom door, smell a waft of Old Spice Swagger, or glimpse a hoodie near the fridge. That’s about it. But on the field, I don’t just see my kid, I stare. Like a jealous ex. Shamelessly. With no apologies. I see that his hair curls more than it used to, and that his shoulders test the seams of his jersey now that he lifts weights. I see that I’m not the only person he’s towering over and that his acne products aren’t doing the trick. And when he lobs a pass down the field and his teammate scores a goal, I score too — a rare dimple sighting.

2. You can enjoy the action without having to supervise it

When my kids were old enough to ride their bikes to the park on their own, I was relieved. Until I realized I was missing all the action. On the soccer field I can see them perform again. Headers. Slide tackles. The complicated body language they share with teammates, opponents, coaches, and officials. When the whistle blows to start the game, I love seeing their bodies wake up, like action figures coming to life. Now I long for that game-time energy and sense of purpose when I watch them drag the trash outside after my 18th request.

3. You’ll have something to talk about besides their grades, their room, or their attitude

You already know certain topics are not to be discussed after the game — or ever. Like how they played or how their shorts were on backward the whole time. Luckily, the game itself is, well, fair game for discussion. Let’s face it, it’s hard just to find a movie we all want to watch, so I love that the game gives us new things to talk about. Opinions on a call. Why they switched formation in the middle of the half. I mention how cool I thought a certain play was and he tells me what made it cooler. He describes the pressure he felt making a pass and his joy when it got where it needed to go, and I’m careful not to suggest he put that much passion into his schoolwork.

Watching your kids play sports doesn’t just let you see more of them, it lets you see more of who they are. We can’t see them in their classrooms and won’t see them in their jobs, but watching them make decisions and deal with consequences out on the field helps us see who they will be when they’re out in the world. And if the tradeoff is letting their sport run my life, just hand me the schedule and tell me where to set my chair.

Previous Post Supporting Our Children Who Struggle with Anxiety: Soccer Resilience and Dr. Brad Miller Next Post A Moment of Gratitude for My Son’s Soccer Experiences