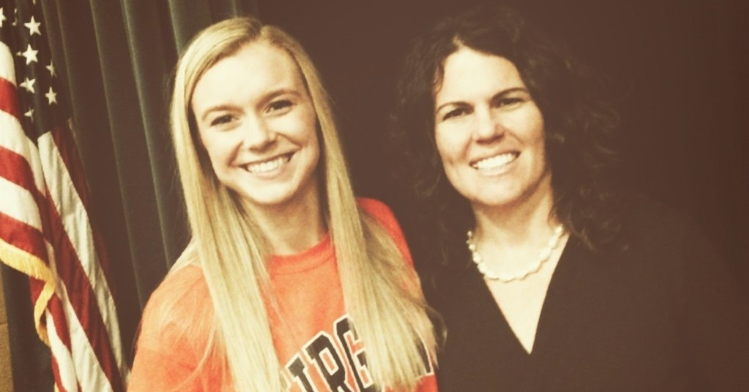 I am thrilled to welcome Ed McLaughlin, Athletic Director at Virginia Commonwealth University and a parent of 3 elite youth soccer players to SoccerParenting.  Ed’s first article, “Five Important Lessons to Prepare for College Soccer” touches on the foundations of the mentality we must be empowering our children to master if we want to help them realize their dream of playing soccer in college.

Ed believes that his personal role with his children and their sports is to be sure that his kids develop a strong mentality so they are best prepared to play soccer in college (and for life beyond).

As his daughter’s goalkeeper coach on an off for the past 3 years and with my own daughter playing on the same ECNL team as his, I have seen his lessons play out first hand.

I have learned from Ed’s parenting (and we shouldn’t forget his wife, Shelley, a Division I athlete herself) and his daughter’s performance some important lessons to pass along to my children.

My biggest lesson came the night before the Jefferson Cup tournament last March when Hannah called me asking for a ride to the fields for Saturday.  Of course I agreed, but I was wondering why she was going to the fields if she was not playing with the team for the weekend.  The team had invited a goalkeeper as a guest player to the tournament as a try-out for the next season.  Hannah was therefore told she would not be playing in the Jefferson Cup with the team.

I had assumed, like the other coaches, that if she was told she would not be playing with the team, that she would not attend the tournament.

Why in the world, I thought to myself, would she put herself through the pain and even embarrassment of coming to the tournament and not playing?

I was thinking that if my daughter were in the same situation I would have let her stay home for the weekend.  In fact, I would probably have gone out of my way to keep her occupied doing other things to try and take the sting out of the situation for her.

What a big mistake I would have been making!

With no hesitation, when the news was given to Hannah about the guest player, Ed told Hannah that she needed to attend the tournament with her team.  Hannah didn’t sit awkwardly on the end of the bench for the games like some less-mentally strong kids would have done in the same situation.  She assisted the goalkeepers with their warm ups by shagging balls behind the net and setting up the cones, she supported her team by staying focused on the bench for every game, by getting people water when they needed it and by keeping the bench and all the bags in order.  She was the first to stand up and cheer when a goal was scored or a great save was made.

On that weekend last March Hannah gave me, her other coaches and all of her teammates and their parents, a MASTER LESSON regarding what we certainly hope our children will walk away with after all of these years and experiences in youth sports.

Hannah embodied the absolute best definition of the word “teammate”.

Ed briefly mentions this story at the end of his article about creating the necessary mindset in our children so they can be prepared to play in college.  I wanted to provide more detail because it’s a story worth telling and from which we all can learn.

I hope that the parents reading this will pause and think about how YOU would handle this situation with YOUR child.

I told this story to Christian Lavers, Executive VP of US Club Soccer and President of the ECNL, after I interviewed him for SoccerParenting (a link to that interview is here) because it left such a strong impression on me. Christian’s response was “I am not surprised at all that her parents have strong ties to top level college sports.  Clearly, they understand what it means to be a part of a team.”

I hope this story, and the personal reflection that ensues regarding how you would handle the same situation, will help many parents more deeply understand what it means to be a part of a team.

How to REALLY Support Your Child During the College Recruiting Process