Youth Soccer Needs a Reality Check
What In the World Is A 6? U.S. Soccer Numbers – Explained
Calling All Youth Soccer Clubs in the USA – An Open Letter from USWNT Legend Tiffeny Milbrett
6 Reasons Parents Should NOT Watch Practice
“I Can Do Better!” Youth Soccer Referees Need Support – Not Harassment.
Youth Sports is a Journey, Not a Destination
One Player, One Team, One Club, One Love
Creating Angles with SportsLab360
New Book Alert: Play Like A Girl
Return to Play Phase Tracking by State 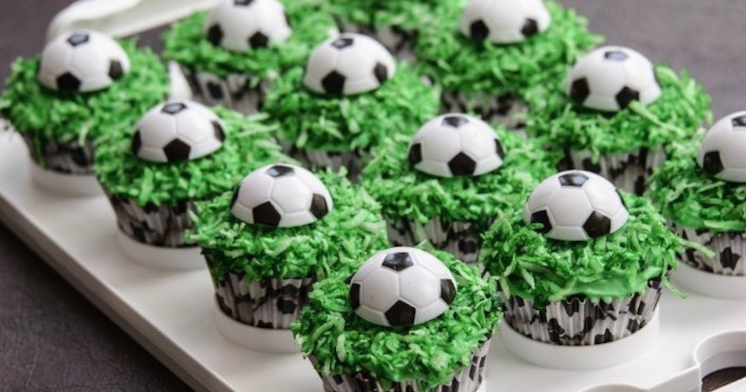 4 Real Issues to Consider Before Switching to Birth Year Registration

U.S. Soccer’s recent announcement of the new Player Development Initiatives has, rightly so, garnered a tremendous amount of attention.

While a portion of the discussion has been about the technical announcements regarding the size of the teams, the size of fields for different age groups, as well as a new concept of a build-out line to aid goalkeepers and teams in developing proficiency with goalkeeper distribution and building up play out of the back – the majority of the discussion is on the Birth Year Registration changes.

It’s understandable and expected that the portion of the Player Development Initiatives that directly affects people and their children is the part that is being discussed. It can be an emotional thing for a parent to realize that “Now my son will be the smallest one on the field” or “In 2017, my late 2000 birth year daughter will go from playing with Sophomores to Seniors”. All of those points are valid and discussion is possibly warranted around grandfathering the oldest group for one, or possibly, two years.

However, there are Real Issues that U.S. Soccer needs to consider before shifting to the Birth Year Registration calendar.

It’s important to not let the emotional, personal nature of the changes and how they will affect families – sidetrack us from the REAL ISSUES.

To illustrate my points, I am going to use some NOT PERFECT statistics. Let me be clear, I do not have clear data backing up my percentages here, however, I do think the majority of people will agree that my numbers are quite close.

Currently, under the School Year Cut Off we have with the August 1 registration date, we can assume that on average – across our vast country – the majority of SCHOOL CUT-OFF DATES happens between July 1 and September 1.  Given that many players currently opt to “play up” to their grade level, I am going to say that the current August 1 cut off date affects 5% of the soccer playing population (approximately 1 person per team does not play up to their school year).

Again – to be clear – those are the (imperfect but relevant) percentages I am going to use moving forward:

5% of players per team are currently affected by the School Year Cut Off.

58% of players per team will be in an older grade using the Calendar Year Cut Off.

42% of players per team will be in a younger grade using the Calendar Year Cut Off.

So, getting back to the 4 REAL (not emotional) ISSUES that we need to consider with the shift to the Calendar Year Registration.

When parents new to the sport register their 4, 5 and 6 year olds for soccer for the first time, they are most often interested in their child playing with friends, not so much interested in the international registration calendar. One can only imagine for a moment the headache that a recreation-level registrar CURRENTLY has when it comes to the younger teams and requests for “my child to be on her classmates’ team.” While we can all laugh imagining this logistical challenge – let’s also stop and THINK FOR A MOMENT.

What are Madison or Michael’s parents going to think when they are told their child can’t play with 52% their First Grade classmates, but instead, their 6 year old First Grader, because of their late birthday, has to play on a team made up of 52% of Second Grade children?

I think we need to pause and ask if we are potentially going to lose new players because they can’t play with their classmates? Right now, this currently affects 5% (or less) of players. Now, this will affect 52% of the players.

3. SENIOR YEAR FOR THE 42 PERCENTERS

I think this is possibly the most important issue as there is not a clear solution and/or it’s not simply a matter of adjustment.

Under the Calendar Year Registration, 42% of the players on a team will be in a lower grade. When those lower grade kids are in their Junior Year in high school, 58% of their team will be in their Senior Year. The 58% of Seniors will graduate and go on to college or join the work force – and will not be playing youth soccer. What happens to the 42%? What are those 42% of soccer players going to do for club soccer in their Senior Year? Does U.S. Soccer allow them to play down a birth year for the “U-19” season? Yikes – If we do that, what then happens to the team a year younger than them that went from a full team – 100% – to a 142% team? Are we really going to have our “U-18” teams with roster sizes of 25-28 players?

No other country IN THE WORLD has our college soccer system. Let’s be clear.   More players are going to end up playing in college versus the national team.  While changes CERTAINLY need to be made to our college programming to better aid the development of players (we need to move to a 10 month college soccer season), there is no hiding the fact that our college soccer system is an important feeder program to the MLS and NWSL.  Whether or not we like the current college playing structure/limitations – it’s an important developmental piece for everyone but the very top players that will transition directly from high school to the professional game.

With the shift to the Birth Year Registration, what happens to the thousands of college coaches sitting on the sidelines recruiting players? If they are recruiting from the sophomore class – they now need to watch 58% of one game and 42% of another game versus 95% of one game and 5% of another game. What are we doing to our college recruiting process here – making it more difficult for college coaches to actively recruit our players?

U.S. Soccer has undergone some tremendous growth in the past 5 years. I am excited to be coaching soccer and involved with the game. I COMPLETELY support the initiatives that are being introduced from a player development standpoint.  I want to support U.S. Soccer and their efforts in better connecting our vast country and the game, however I am not sure I understand the thought process of shifting the entire country of players to this Birth Year Registration model when it seems to only benefit the scouting and tracking of the national team prospects as well as the registration process for teams from other countries coming to play in our tournaments.

I am genuinely interested in learning more about the Birth Year Registration shift and how clubs are going to handle the potential long term impact it is going to have on the number of players we have playing in the United States, the college recruiting process and the long term development of the 42% of players that are in the lower grades of the birth year.

Many thanks to John Maurer, SoccerParenting.com expert contributor and fellow soccer parent, for helping me formulate my thoughts regarding this topic.

Equal Pay and the Culture that Facilitates Frustration