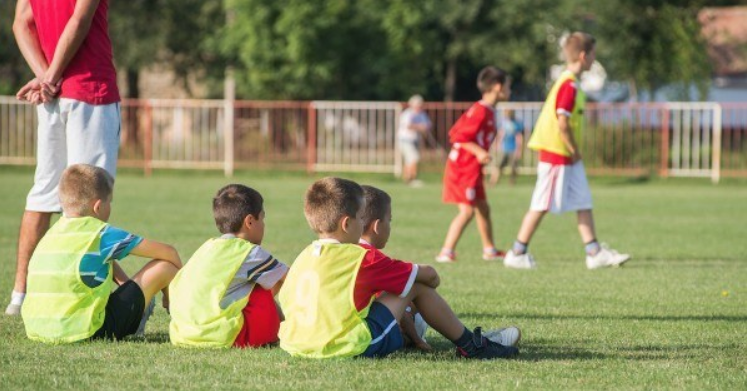 5 Calls to Action for Youth Soccer

Our soccer leadership in organizations and clubs should be commended for their achievements in growing the game over the past 20 years as evidenced by our expanding professional men’s and women’s leagues, the rising number of soccer specific stadiums, the growth of TV revenue, the cultivation of programming for U.S. Youth National Team programs and the staggering increase in the number of youth and adult players.

However, if our goals are to make soccer, in all its forms, the preeminent sport in the United States and to continue the development of soccer at all recreational and competitive levels, (the mission statement of U.S. Soccer), we still have far to go.

5 Calls to Action for Youth Soccer

1. We must do a better job educating our youth coaches

We must add emotional intelligence training and communication training to our coaching education platforms to build a strong and unified soccer culture in the United States.

At the recreation level, players are most-often coached by well-intentioned volunteer parents with no formal soccer coaching education. The untrained parent-coaches do not understand the Principles of Play and have little knowledge of how to best teach the very complicated game of soccer in the simplest way to our most impressionable players.

A coaching education course should be mandated of all coaches prior to them being allowed to work with players.

Our recreation program administrators say mandating education will not work because they already have trouble finding enough coaches.

Could it be that we have challenges finding enough recreation level coaches because unwilling parent/coaches feel they are unqualified since they don’t have the necessary knowledge of the game?

If we mandated education for our recreation level coaches would these parents feel more qualified, be more enthusiastic and continue coaching longer than the typical season or two, thereby providing a larger base of available coaches?

If we mandated education for our recreation level coaches would our novice players receive better training, find more enjoyment and therefore stick with the sport longer and love the game more?

We must appropriately and adequately support our recreational level coaches who are working with the vast majority of our players in the United States.

2. We must establish a system for the payment of solidarity and training fees to youth clubs from professional clubs - domestically and internationally.

Our youth soccer club programs are responsible for the development of every single soccer player in the country and, at this moment, the clubs’ primary sources of revenue are parents – in the form of player registration fees, tournament participation fees and camp registration fees.

While the payment of Solidarity and Training Fees would not significantly change the landscape of youth soccer given the large number of clubs and the small number of professional players, the time has arrived for the fees to be initiated, even if done voluntarily.

Not sure what Solidarity and Training Fees are? READ HERE

Solidarity and Training Fees could provide a secondary, much needed, not-to-mention earned, source of revenue to clubs from professional teams that are directly benefiting from the hard work, dedication and support of the clubs and parents.

With more and more of our youth players being courted by overseas clubs and a viable professional league in the United States, we must find a legal and workable way to acknowledge and compensate the positive contributions the clubs are making in the development of players without harming the financial model of the MLS.

3. We must do a better job education parents.

If parents understand soccer rules, basic tactics and the general teaching methodologies of the game more clearly, they will be empowered to appropriately assess the quality of their child’s coach. Parents must demand coaches they can trust who make decisions for their child based on their Long Term Athletic Development and their child’s athletic potential and mentality.

The positive role a parent can play in the soccer development of their child must be acknowledged, lauded and supported by clubs and coaches through the establishment of a more collaborative environment between clubs, coaches and parents.

4. We must advocate for youth soccer so U.S. Soccer focuses on developing a national love of the game.

Time and time again, U.S. Soccer has demonstrated through its decision making process that it feels the best way to continue the development of soccer at all recreational and competitive levels is through focusing on the national team programs. They take a top down approach believing that if our national team is successful, our game will continue to develop.

Of course, there is an undeniable correlation between the U.S. Men and U.S. Women winning and the development of the game.

However, there is a more significant correlation between people loving the game and the development of the game.

If we want more people to love the game, U.S. Soccer must focus on building alliances with the millions of recreation and competitive level players. It is this vast majority of “average” players who make up the foundation of the soccer culture of the United States.

U.S. Soccer must find a way to develop the extremely elite players who will make up our National Team Player Pools while simultaneously supporting these foundation players in the United States who will never play at a level demonstrative of a college player, let alone a national team or professional player. The more we grow and support the foundation, the better the top will become.

U.S. Soccer must concentrate on establishing connections with the foundation players by reviewing their decision making processes that often seem unconnected to the foundation players such as their recent mandate to move to Birth Year Registration for all players in the United States regardless of their level, and their even more short-sighted decision about how to implement the new Birth Year Registration mandate. With this decision, U.S. Soccer has disenfranchised the millions of foundation players who play at an average level and are far more concerned with playing with friends than being identified for a national team program or playing against teams from foreign countries.

U.S. Soccer must build strong alliances with their foundation players as they develop a love for the game, not disenfranchise them with a top down approach to decision making.

5. We must create a common language and common path for player development.

Different clubs offer youth training programs with different names, the result being a confusing environment for parents across the country. There is no way for a soccer parent in California to talk to a friend who is also a soccer parent in Virginia and discuss the soccer experience of their respective children using a common language.

Even in writing this it is not clear what is referred to when “competitive” soccer is discussed. In various parts of the country it is referred to as “Elite” – “Select” – “Travel,” or other names.

How practical it would be if our novice players FOR INSTANCE moved from Level 1 to Level 2 to Level 3 based on their mentality and athletic potential (and the choice of their parents about how to best spend their time) between the ages of 5 and 10 – and then had additional programming available to them between ages 11 and 13 of Level 4 and Level 5 and Level 6. Then the player could progress – if they wanted to and if they had the athletic potential and mentality – to Level 7, Level 8 and Level 9 for ages 14-17.  If the area or club is a small one, all the programming levels may not be available, but it would still be clear where the children fell along the developmental pathway.

The names of the levels are not significant to this discussion as long as they are the same across the country. This is simply a call to action for uniformity in programming across our vast country.

We must continue to work to create a common language and a common pathway for soccer development.

When children play at appropriate levels based on their athletic potential and mentality – with qualified coaches who care about their development as people and athletes, on teams and clubs who have clearly defined objectives based on their competition level, and with parents who support and encourage them along their soccer journey – we will be developing a generation of soccer players who love the game.

Previous Post Player Monitoring and Youth Soccer Next Post Parents: Be In Control of the College Recruiting Process