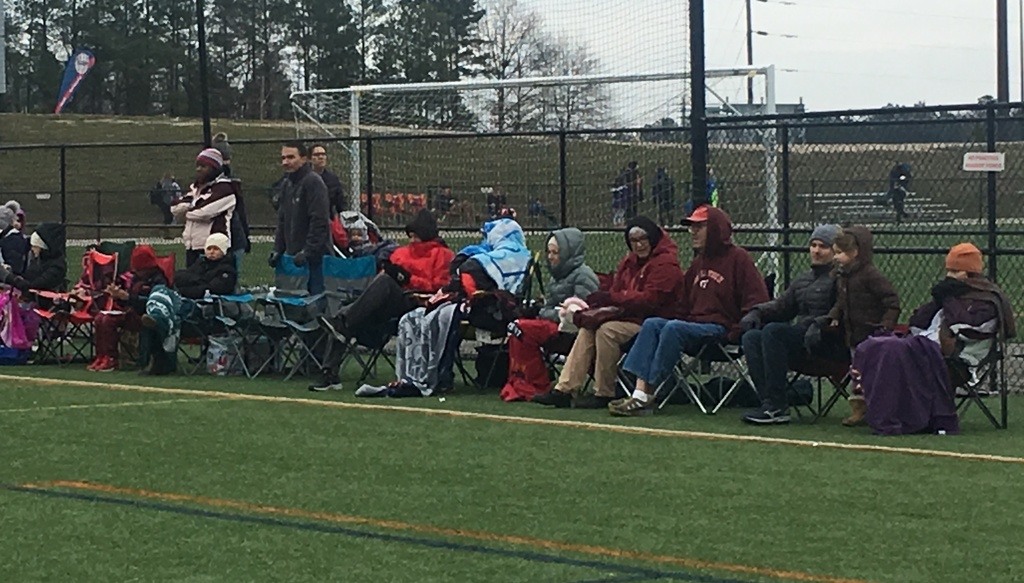 8 DISCONNECTIONS between Coaches and Parents in Youth Soccer

One of the key changes in the U.S. Soccer coaching license pathway has been a recognition and inclusion of a task entitled “Managing the Performance Environment”. A key part of this task for coaches is in building relationships with parents and creating an environment in which coaches-players-parents work together to create the best possible learning opportunity for their players.

For a long time I have believed and promoted the fact that coaches must work with and alongside parents. I believe coaches should do all within their power to help the parents understand the importance of their role in their child’s developmental journey. I have encouraged coaches to have frequent meetings and communications with all parental groups.

I have to be honest and confess that often these ideas are met with disbelief and derision from coaches.

What is obvious is that often the coach–parent relationship is fractured, the heart of this I have come to realize is a series of disconnections.

In an attempt to help both parties build a positive rapport that can best serve the players I attempt to break down some of these disconnections below.

It makes absolute sense that a parents’ love for their child will always lead to a set view of the world and sports - and their child’s place within it. This view, regardless of context, is built on love.

To protect the team a coach may decide that player X does not play as long today - mom and dad in this context likely see the wrong done to their child.

Hollywood Myth vs. The Real Deal

It sometimes appears that we live in a world where the only thing that matters is the result of the game. At different times it seems both coaches and parents put winning before developing. Both groups forget that learning is a process and that in order to win skills have to be mastered, concepts grasped, and team work built.

Far too frequently these three things (technical, tactical, social) get put behind the “we must win” mentality.

To give a specific example: a team may win with a speedy forward and a goalkeeper or defender who can kick it a long way down the field to them. If this strategy is employed throughout a game with very few players touching the ball in a controlled fashion development is unlikely to happen. The result maybe a win, but is it worth it?

Many parents instinctively want to keep their kids in a protective bubble. At the same time parents and coaches believe certain characteristics and important life lessons can be developed through participating in sport – resilience, hard work, sacrifice, humility and courage, for instance.

Developing these traits typically means putting players in challenging situations outside the proverbial protective bubble, and these situations are often met with stress by parents.

I know from spending many hours on sidelines that unless it is their child that made the mistake most parents view these moments as crucial times when the coach, paying attention, must surly take the player off.

Most coaches probably see the situation as vital learning moment and hope that a similar situation happens so that the player involved can show how much they learned. Within the game environment where coaches see mistakes as opportunities to learn parents sometimes see them as a reason for banishment.

THIS IS HUGE. Many parents seem to believe that a real coach is a constant source of instruction and orders as they joy-stick the players through every kick of the ball and decision made. The louder and more frequent the instructions are given the better the coach. If you are not up and shouting you don’t care or must be sleeping.

Nothing could be further from the truth and eliminating the joy-sticking coach needs to be something all parents and coaches get on the same page about.

Soccer is truly the players game where players make at least one decision every second in a game. Indeed decision making is probably the most important skill for a player to develop.

Coaches who truly try to teach the game will probably use questions when they coach, always avoid coaching the player on the ball, and at half time probably have the players collaborating and talking more than they do.

Most coaches fight tooth and nail for a full commitment to their team. Many parents in an attempt to help their child experience a more well-rounded developmental pathway encourage their child to participate and experience a variety of sports. Moments of real tension between coaches and parents are caused when conflicts happen and commitment to the soccer team is considered to be lacking. Few of these conversations end well and the disconnection continues until one sport or the team is abandoned. With every sport seemingly becoming a year round proposition I understand all aspects of this many-sided conundrum.

For parents to be able to support a teaching approach it makes sense that someone takes the time to explain the key characteristics of the approach to them. Schools have parent nights and teacher conferences where such matters are spelt out in detail. All coaches should be making every effort to ensure their approach is understood and supported.

To be clear, my hope in attempting to highlight all the areas of disconnection is that any coach or parent reading this, with an increased understanding of the issues, can now work on ensuring that the player and their best interests are placed at the heart of all discussions.

About the Author Tim Bradbury

Tim Bradbury hails from Stoke-On Trent, England, with a teaching degree from London University and a masters in sociology and education. Tim has obtained all major coaching qualifications with both the USSF and the NSCAA, including both the NSCAA inaugural Master Coach Diploma and USSF "A" License in 1987. Tim has coached collegiately, with ODP, State Associations and in the youth game. Currently the DOC Instruction at SUSA, he is on the National Staff for both U.S. Soccer and United Soccer Coaches.