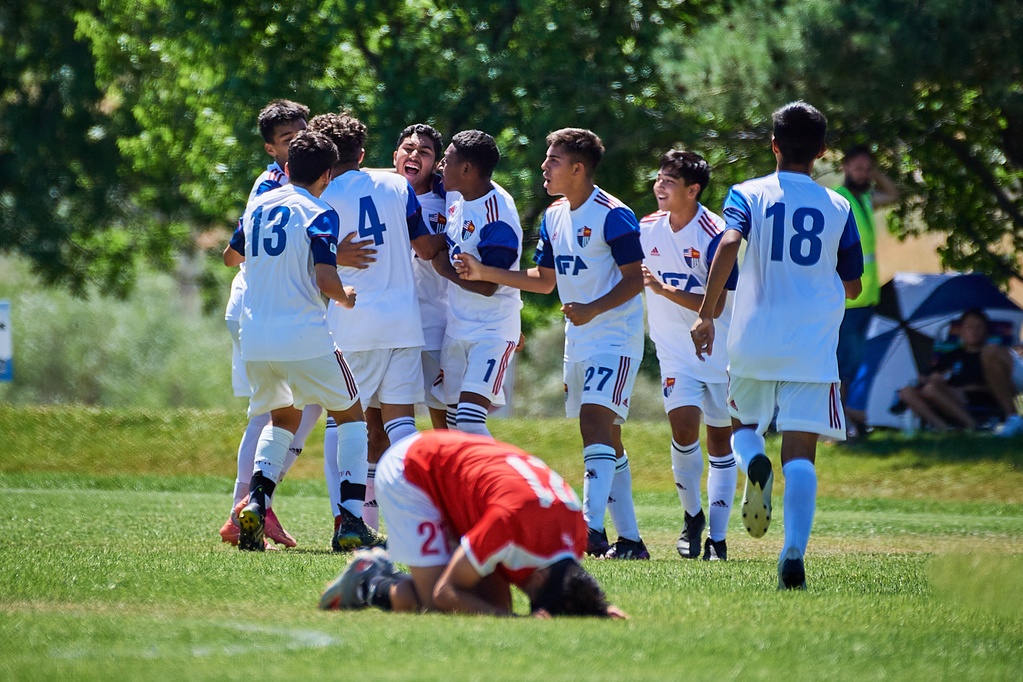 When I think of sport, I think of the values it instills in all of us. Soccer allows everyone who plays the opportunity to realize their full potential on the field and learn incredible characteristics to succeed off it. Certainly, I would not be the person I am today if it were not for the on and off field development learned through our beautiful game.

Look at the highlighted characteristics below. Every parent, every player, every coach and every referee should expect and yes, demand these seven attributes to be taught through our sport.

But for an increasing number, the need to win, the need to be recruited, and the need to stand-out is eroding the fundamental benefits soccer has always provided.

Earlier this year, a parent had written me about her son badly injured in a game. The injury, and subsequent surgery, did not heal well and required more procedures and ultimately the loss of a school year. Very difficult for someone hoping to be recruited to college.

The extent of the injury or the length of recovery is not the topic. We unfortunately deal with these issues from time to time. What was most disturbing was how she characterized the reaction to the injury by the other team.

In her letter, the Mom wrote that the opposing team “was way too aggressive” and that nine (9) yellow cards were issued.  She spoke with a parent from another team before kick-off and was warned that their culture was one of “take them out” and this team “will hurt your kids”. She continued by writing “even after my son was lying on the ground waiting for the ambulance, the coach was more worried about the time that would be put back on the clock rather than the wellbeing of a child”.

The point here is that we are too often dealing with issues of behavior, negative and abusive behavior. Coach behavior towards players and the referees. Parents behavior on the sidelines. And more recently, players behavior towards referees and players. This unfortunately is not just a soccer problem but one of society. Look at some of the headlines just from the past week:

Back to the Mom’s letter to me, her attitude would have been completely different if her son's injury had been handled better by the other team's coach, the other team's players, and the other team's parents.  For example, as the player was being lifted into the ambulance, the Mom acknowledged saying something to the other team’s players. Their response was aggressive and frightening…to an adult.

How You Can Help

Those of us at USYS can’t wave a wand and have these issues magically disappear. We need help and we need help from every member of the USYS Family. We can’t condone bad behavior. We can’t accept that it is the way it is. To use the seven characteristics listed at the top to actually change behavior is easier than it might seem.

We need to hold everyone truly accountable for their behavior and as much as players should follow these guidelines, all adults must. They are simple. Praise others with great attitudes. Instill character development lessons into your vernacular. Teach respect by showing it at all times. Demand strong, unified teamwork with an unwavering focus on being aware of what’s happening around you and being sensitive to others. Be selfless and use your confidence to change the game and the world to be better.

Behavior is owned by all of us. It reflects sportsmanship. When we as parents speak of ethical behavior, fair play, and respect for the sport, we must demand it from our coaches, players, referees, the spectators and ourselves. We all need to do better; we all must do better.

About the Author Skip Gilbert

Skip Gilbert is the CEO of US Youth Soccer Association, the largest youth sport organization in the country and one of the founders and current Board Member of the Association of Chief Executives for Sport (ACES).