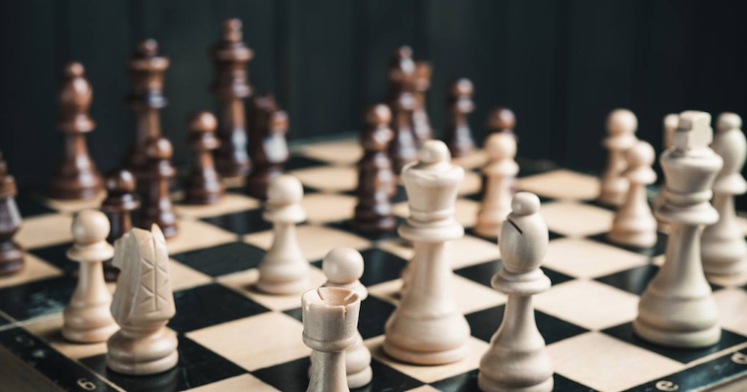 A Soccer Game is Like A Chess Match – Every Position Matters

I had a parent email me last week seeking advice for how to help her 10 year old son deal with the fact that the coach is playing him as a defender, whereas he’s usually played as a forward. It wasn’t clear to me from her email if the issue was hers or her son’s, so I (hopefully subtly) encouraged her to figure that out first.

I then tried to get the point across to the parent that BEING A TEAMMATE is being a member of a team and doing what is needed – being on the bench, being the goalkeeper, being the goal scorer, being the defender that stops the other team from scoring, or the weak sided midfielder that runs up and down the field all day and rarely receives the ball.

You get my point. Being on a team means you do what the team needs from you at that moment. Being a teammate means you play your heart out in whatever position you happen to be assigned. Just like a chess match, each position is essential to the proper performance of the team.

I get this. Or at least I thought I did.

My daughter came home from training last night and told me the coach was moving her from defense to midfield. I got really excited, and exclaimed “That’s awesome!!! I’m so excited for you!”

Holy cow! What was wrong with me??

It was seriously less than 48 hours since my email to the parent about her son being moved from forward to defense! What was my reaction all about? Sure, I was excited for her because it seemed like she was excited. Regardless of any of this, though, my response was not a good one. If I could take it all back and erase it from her memory, I would.

PARENTING FAIL on the Lesson in Being a Teammate.

I could have said in my calm, unemotional voice: “How do you feel about that?”

I could have said: “I love watching you play anywhere on the field. I just love you being a part of the team.”

Okay – that second one seems a bit over the top when put on paper…but I do think something like it would have been the most appropriate response. Why?

My excited reaction sent a subtle message to my daughter that playing as a midfielder is better than playing as a defender.

I know better than this. I was a goalkeeper, after all. If anyone appreciates the important role a defender plays within a team – it is the goalkeeper!

One of the things I love about the game is watching kids go from the 7 year olds focusing mostly on their individual play (as they should be at this age)…to the 14 year old beginning to grasp the concept of the individual within the team.

Over time, the game grows from 4 vs. 4 to 11 vs. 11 just as children grow from 7 to 14 years old and develop their technical proficiency and tactical awareness. Over time, it gradually becomes apparent to the players (and maybe the parents who by now have watched hundreds of games,) that each and every player on the field – at any given time – plays a very important role in what happens, regardless of their position in relation to the ball.

For instance, if the team is in the attacking third of the field, the position of the defenders is extremely important. Is there a potentially dangerous 1 vs. 1 situation that needs to be remedied? Can the weak side defender join the attack – should they? Is there too much space between the defenders and the midfielders presenting the other team with a space to attack into when they win the ball?

If the team is defending, are the wide midfielders in a good position to receive an outlet ball and to also draw the defensive midfielders from the other team out of the center of the field opening up the central midfield for easier movement of the ball? Is one of the strikers creating depth? Are the central midfielders goal-side in order to prevent the player near them from a long range shot or changing the point of attack?

Really, it’s like a big chess match happening and the positioning and communication and awareness of each and every player the entire time is essential to team success. The best coaches of players 13-15 years old are the ones that possess the gift of being able to teach this team awareness to players – helping them understand the bigger picture:

EACH PLAYER IS ESSENTIAL ALL THE TIME.

The game of soccer is referred to as the “Beautiful Game” because once you grasp the bigger picture of the chess match that is happening around you – you begin to see how beautiful it really is. It’s a constant flow of movement – some subtle, some severe – that creates a beautiful rhythm amongst the players and the ball. That’s why people who understand the game are not bothered with the often low scoring – there is so much more to see and appreciate than a goal being scored.

Which brings me back to my Parenting Fail.

My hope is that when you are faced with a similar situation with your child, you’ll have a much better reaction than I did!

Whether our child is playing as the striker, the goalkeeper, the outside back or the center midfielder – the role they play on the field is essential to the game – at every moment.

Previous Post What In the World Is A 6? U.S. Soccer Numbers – Explained Next Post Parents Need Education about Minor Injury Treatment