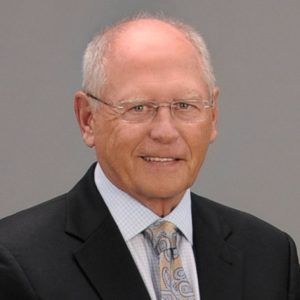 LAWS OF THE GAME

Dr. Machnik was hired by Major League Soccer in 1996 as Vice President of Game Operations and served as Assistant to the Deputy Commissioner for On-Field Competition for MLS and Director of Officiating Services for Soccer United Marketing (SUM), its parent company. Dr. Machnik was appointed Director of Officials for the National Premier Soccer League early in 2014 but stepped down due in part to his expanded role with FOX Sports.

Dr. Machnik was a regular member of US Soccer Coaching School’s staff and annual presenter at NSCAA Conventions. In the Major Indoor Soccer League (MISL) he was appointed Referee-in-Chief, a position he served for five years and officiated hundreds of indoor games. Although coaching continued to be Dr. Machnik's prime involvement, he also continued to referee and achieved National Referee status in both US Soccer and NISOA officiating, the NCAA National Championship Game of 1988 (Indiana vs. Howard).

Dr. Machnik began his soccer-playing career at the Brooklyn Campus of Long Island University, where he was an All-American goalkeeper in 1962. He later served as graduate assistant coach at LIU (1964-1965) and was named head coach for the 1966 season at age 23, leading his team to the NCAA Championship final.

In 1969, Dr. Machnik moved to the University of New Haven (UNH) and began a 30-year affiliation with UNH serving as men’s soccer and ice hockey coach, Director of Athletics, and later as women's soccer coach, while also serving as Assistant Professor in the School of Business, Department of Sport Management. Dr. Machnik received a Ph.D. from the University of Utah in 1973.

Dr. Machnik resides in South Carolina with wife Barbara, their two daughters, Colette and Janine, and their families. Dr. Machnik enjoys fishing, auto racing (although he is no longer an active driver), playing with his grandchildren Olivia and Ryder, and figuring out the complexities of his sport, which has been called the world's most simple game.

Youth Soccer Needs a Reality Check
What In the World Is A 6? U.S. Soccer Numbers – Explained
6 Reasons Parents Should NOT Watch Practice
Calling All Youth Soccer Clubs in the USA – An Open Letter from USWNT Legend Tiffeny Milbrett
“I Can Do Better!” Youth Soccer Referees Need Support – Not Harassment.
Transitioning from Defending to Attacking with SportsLab360
Wisconsin Youth Soccer
Our Clubs and Coaches Can and Must Do Better
How We Can Help Our Young Players Maximize Their Mental Potential – Webinar Recap
12 Things They Don’t Tell You About Being The Rec Coach