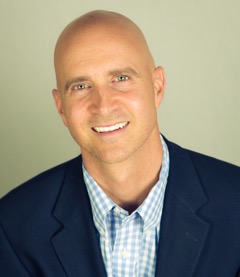 Ian Goldberg is the Founder and CEO of iSport360, Inc. an early-stage SportsTech venture that helps 80 million youth sport coaches and parents share objective player feedback. As a sport parent and coach, Ian has witnessed the chaos on the sidelines and in the bleachers when coaches' and parents' expectations are not aligned….and the kids suffer. His company has developed a solution to the pain in the form of an app and an informative (and frequently humorous) newsletter "The Chaotic World of Youth Sports".

Ian’s technology career started in Silicon Alley NY in 1994 where he was instrumental in bringing dozens of Fortune 500 companies online. While holding management positions at digital economy startups such as SiteSpecific, Renegade Marketing Group, i33 and BlueStreak, Ian was integral to Panasonic’s first web presence, Sprint’s early internet marketing, PIMCO's first financial advisor tool, Travelocity's online booking efforts and driving Intuit's brand awareness. As a result he was a frequent speaker at industry events and his published articles on guerilla marketing (predecessor to Growth Hacking), applications of AdTech and disciplined testing approaches earned him accolades.

Just weeks after September 11, 2001, Ian decided to make a wholesale career change and leave the AdTech world to run his family’s specialty food distribution company, Samian Sales LLC. Before stepping back to an Advisor role in 2016, Ian was responsible for overall P&L, key customers, human resources and a logistics network that spans 5 states.

Ian's career started at the White House in 1991 where he spent 2 years with the Council of Economic Advisors to presidents George H.W. Bush and Bill Clinton. There he provided the President's key economic advisors with research and analysis of current events/trends in technology and the global economy.

Ian received his MBA from Rutgers where he specialized in Entrepreneurship and received his B.A. from The George Washington University where he majored in Political Communication.