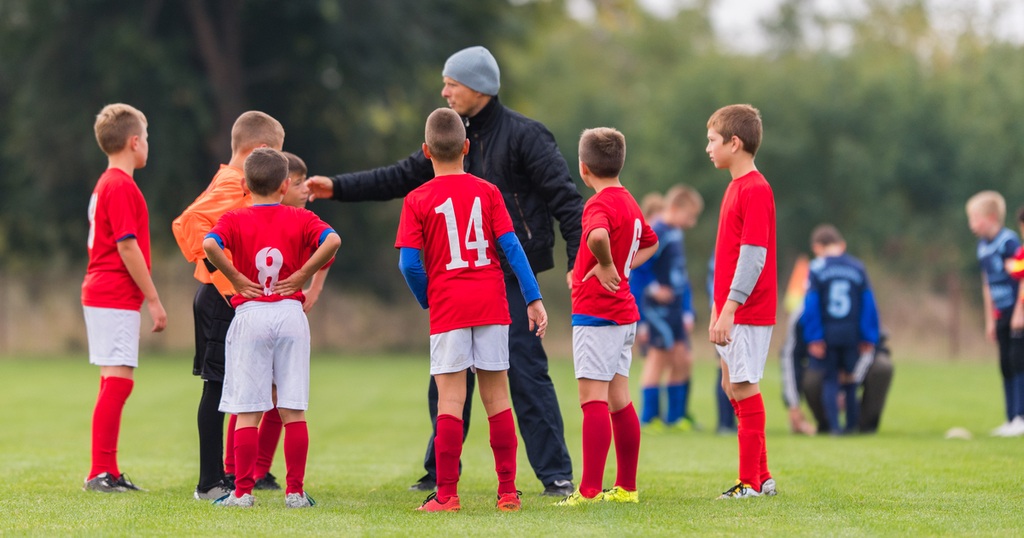 My son played 16 years of organized soccer from peewees through college. Over that time, he received just five written assessments from his coaches. That’s right, five sets of deliberate and purposeful feedback – all leading to action and improvement. That equates to an average of one assessment every three years.

Oh sure, he received plenty of direct verbal feedback along the lines of “Do this ___” or “Don’t do that ___” often screamed from the sidelines. Likewise, he and his teammates regularly received the box standard recommendations to “work on skill sets” and “undertake physical training.” Name me one coach in any sport who hasn’t told their players to work on skills enhancement or speed\strength?

Why This Needs to Change

I have come to believe that coaches have done a disservice to their profession and their athletes by not providing players with formalized feedback on their development progress and needs. This certainly doesn’t happen to these same kids in the classroom. Kids with reading or math challenges get help, and kids with exceptional academic skills receive advanced training. The ‘goal’ (pun intended) whether in the classroom or on the pitch should be to encourage the best possible, but not necessarily equal, development for each and every player.

My son’s very first assessment was in 2009 at age 9. The assessment was provided by Coach M of UK Elite which is now part of Steel Sports. This report card was somewhat generalized as after all this was for a nine-year-old. Still, Coach M early identified and encouraged my son’s main positive attributes of “attitude” and “work-rate.” These traits were endemic throughout his soccer career.

What the Data Says - and Why you Should Listen to it

The data average suggesting one assessment every three years is hugely overstated when considering that three of the five assessments were from a single source – Coach N. My son supplemental trained with Coach N from 2011-2013 at ages 11-13. To his credit, Coach N provided detailed written feedback to each player at the end of every training season.

Coach N’s feedback was brilliant. He assessed three critical aspects of each player’s development – mental approach, technical progress and physical progress. In each area, Coach N highlighted some positives, but more importantly identified specific areas for the player to work on and improve.

My son was laser-focused on soccer and always received kudos for his mental approach and work rate. The technical assessments were solid but still with plenty of recommended areas for improvement. In this time period, my son’s physical ability was well below his technical skill level as it predated his 2014 growth spurt. Other players, both girls and boys had already sprouted.

Physical training was identified as needing the most developmental attention. My son took Coach N’s evaluations to heart – he really ramped up his personal physical training outside of soccer training. He has sustained this training focus to this day, eight years later. Just imagine if every coach inspired players as Coach N’s assessments did?

Why Feedback is So Important

The last assessment was in 2016 from Coach K following a college ID camp. We were surprised to receive a thorough assessment as part of a college camp – my son attended 14 college ID and 44 total soccer camps and this was a first. College coaches generally followed up in one of two distinct patterns – total post-camp silence if uninterested in further recruiting discussions, or a positive post-camp email ping about playing attributes if further interested.

Coach K’s assessment indicated exceptional marks for mental approach (an always consistent theme) and physical ability (continual training does eventually pay off). The assessment was also reasonably strong on the tactical dimension and physical positioning. The technical skills dimension had lower marks. This was a complete surprise to us as my son had among the stronger foot skills on his ODP and nationally-ranked club teams. This feedback changed his approach at subsequent college ID camps to ensure he clearly demonstrated his foot skills and control.

So that’s it – five formal assessments across 16 years. It’s not like other coaches didn’t have sufficient observations to document and provide some worthwhile feedback. He had the same coaches for 3 years in middle school, 3 years in high school, and 7 years on his national-level travel team. He was on Maryland’s Olympic Development Program team twice for more than half a year each of training and never received any direct coaching feedback. His club team supplemental trained with the same external coach for several years. In total, more than 40 coaches had opportunity to evaluate individual player performance and provide some sort of focused advice for developmental improvement.

Why Tryout Failure Should NOT Define Feedback

Unfortunately, the ultimate coaching feedback at moderate soccer levels almost seems to have become defined by tryout results. The message to youth-athletes is simply “selected or cut”; “in or out”; “pass or fail.” Likewise, yelling instructions from the sidelines is the mostly commonly utilized form of feedback. The unfortunate result is that these kinds of feedback do not foster development nor help each athlete focus on specific improvements to their personal game over the longer term. Any semblance of a “report card” is just a missing element.

As an author in the genre, I have read perhaps 100 books and scoured the web on youth development. Yet, there is surprisingly little written on coaches providing their athletes with systematic and formalized developmental feedback. Most coaching advice is geared toward providing instant verbal feedback during training sessions or games. The main recommendation is to keep things largely positive combined with small doses of constructive comments. I’m sure this is absolutely correct.

In hindsight, we parents simply went with the flow, but we should have asked our coaches for player-specific feedback. It didn’t have to be on pieces of paper – evaluations and development recommendations could have been sent via email or through the team’s management software system. Today, there is absolutely no excuse as a number of soccer-specific player evaluation and development software options exist.

However, my son’s experience through a complete 16-year soccer journey demonstrates that coaching feedback to players is neither consistent nor systematized. And he’s one of the players that made it; just imagine the lack of feedback to the large majority of kids that fell by the wayside. We adult mentors all need to do better to help our athletes progress.