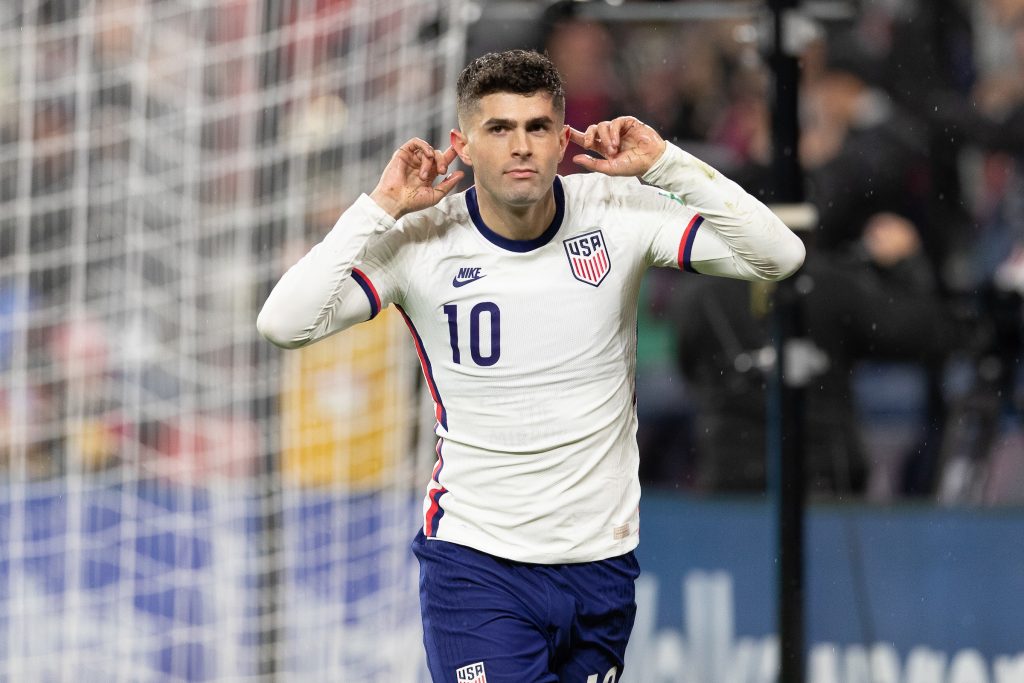 Every time the ball is at Christian Pulisic’s feet, I find my heart racing a bit in anticipation of what magic could happen next. All the media hype that surrounds him is well-founded as he is undoubtedly the best young player the United States has ever developed. It was abundantly clear to me as I interviewed his mother, Kelley, for the Soccer Parenting Summit (complete interview can be found at the Soccer Parent Resource Center) that a part of his success is owed to his parents.

While the soccer background of Christian’s parents is often referenced in the media, it’s often done so in commentary related to Christian’s early engagement with soccer and the physical gifts they passed along. As Ben Olsen, former U.S. and D.C United midfielder and current D.C. United head coach said about Christian in an article from PennLive

There’s more to it than genetics and environment.

Kelley and Mark Pulisic, because of their playing and coaching background, had a unique perspective when making choices for Christian when he was young, and guiding him in his choices as he grew older.

If Christian Pulisic's parents’ playing and coaching background had a positive influence on him because of the perspective and level-headedness it provided when they made important decisions for him, can we establish a program to educate, engage and support the parents of our youth national team caliber players so there is a better chance of developing more talent from our youth ranks?

What did Kelley and Mark know that other parents of top players don’t know?

I was struck with this thought earlier this week when I received a call out of the blue from the parent of one of our youth national team players, an athlete that has been called into multiple youth national team camps and is actively on the roster. This parent needed advice, guidance, and someone they could trust to give them some solid advice about the future of their player.

They had no idea where to turn for this very important advice.

The result –  a cold call to me – someone they have never met but have grown to trust due to the writing and advocacy the Soccer Parenting Association is doing for youth soccer parents.

I was happy to receive the call and feel like the advice I provided, and the suggestions I had for additional resources for them to seek out, was all solid and well-grounded.

I was also a bit upset to receive the call.

Why are there not resources in place for parents of our national team players to reach out to? And, if they are in place from U.S. Soccer, why did this parent not know about them or possibly feel like they couldn’t reach out for fear of being portrayed as a Crazy Soccer Parent?

When I interviewed Kelley Pulisic for the Soccer Parenting Summit in November of 2016, it became abundantly clear that her perspective and level-headedness when making soccer choices for him made a difference. In the interview, Kelley discussed the fact that they went as far as to remove Christian from teams where the coach was being too negative, or had too big of an ego.

I think (parents being in control) is important because sometimes parents are like, ‘I want my kid to be on the best team.’ If you have a coach that’s not a good role model in the best team, why would you really want your child being in that environment? I’ve seen that over and over again and I would refuse to put my son in an environment where someone is being negative. That to me is unacceptable. Parents do have to step up and say, ‘You know what? You are not going to be on the best team, but you are going to be around better people.’ Really, that’s a life lesson that’s going to be more important later on….We had to step away because it was just blaming the ref, and blaming this and just being negative to other children. To me, that’s awful. They are kids. You can’t do that. It’s a team game at a young level. Nobody needs that.

Kelley went on to talk about the youth soccer environment today to say,

I think the parents that maybe are just, Go, go, go, go – trying to get that extra training, trying to get personal training, team training, on all sorts of different teams (are stressed). We didn’t do that. We were just like, ‘Train a little on your own, train with your main team, if you get called to the national team…’ We tried to just bring it down a level and kind of let him achieve what he achieved and let it kind of develop on its own, because I think that is way too much pressure if we were putting him in all those different training environments.

What strikes me about these comments from Christian’s mom is that she and Mark were overflowing with level-headed perspective, always in control of his development and confident in the decisions they made for him.

The Youth National Team parent I spoke with the other day was trying to be in control, but was certainly not confident.

I am proud of the advocacy the Soccer Parenting Association is doing for youth soccer players and parents. Often times organizations just need to be made aware of how their actions, or lack of action, affects the playing environment and therefore the developmental environment of the young players they are working with.

At the end of the day we know that Christian Pulisic, as Olsen stated, is “a perfect storm,” however…

I like to believe there are more young players similar to Christian waiting to burst onto the scene, and that when we engage, educate and support parents, we will be more likely to set these young talents free.

If that’s the case for our most prolific soccer potential, what happens when we completely alter the course of the youth soccer culture in the United States and welcome all parents, regardless of their child’s athletic future, into the process?

The potential is magnificent to think about.

We will develop a generation of parents with perspective who, like Kelley and Mark, will be in control of their child’s soccer development and confident in the soccer decisions they make.

We will therefore be more likely to develop a generation of players who, while they may never play collegiately or with our national teams, will grow to deeply love the game, will become life-long soccer enthusiasts, will coach our next generation of soccer players and will fill the stands at our men’s and women’s professional games sprinkled in cities and towns across our vast country.

Previous Post U.S. Soccer and the ECNL’s Ongoing Battle Over Our Children Next Post A Parent’s Guide to Analyzing A Youth Soccer Game