When Coaches Get It All Wrong, Parents and Clubs Must Get It Right 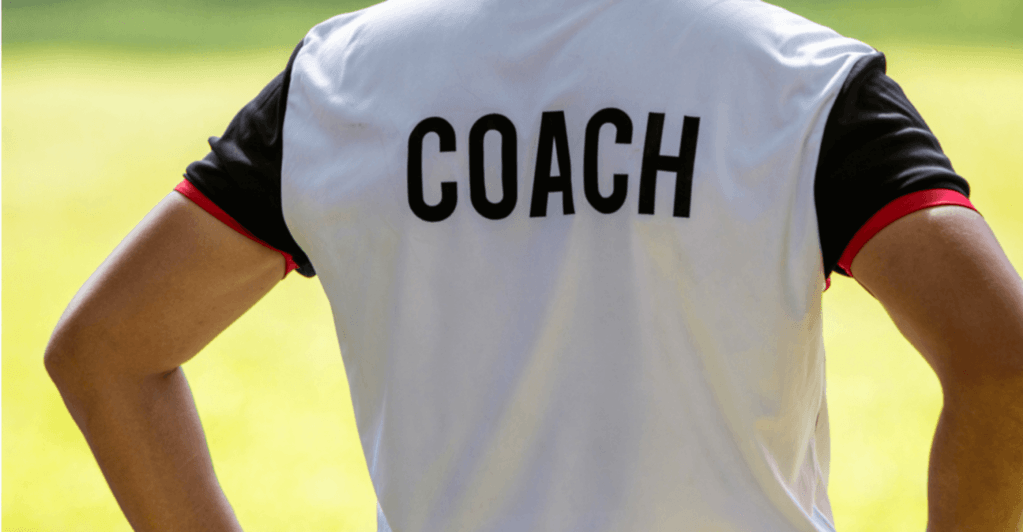 When Coaches Get It All Wrong – Parents and Clubs Must Get It Right.

This past weekend the 10U girls’ team I coach played in a tournament. Our first game of the tournament was bright and early Saturday morning. I took notice as my team was gathering during warm up as the voice of the opposing coach bellowed across the field and through the crisp fall air. His commanding, demanding, and booming tone, definitely audible a field or two away, was incessant.

I found myself distracted from my team and studying the faces and demeanors of his players as they were congregating by their bench just before the kick off. Were they having fun? Were they scared? Were they actually feeling inspired by this incessant barking of orders?

This is called joystick coaching, and it is harmful to the soccer development of the players. This coach, unfortunately, was the master of all masters at joysticking his players around the field. The result? Because he actually had a relatively good sense of the game and was clear on the tactics of how to play a pressing game – his team was usually in the right place at the right time (even if their eyes were wide with panic and stress) and his team played well.

He screamed them off the field with a “Get in here right now!” just after the whistle was blown. He sat them down and said to them in a deeply toned, loud voice - easy for me and my team to hear:

I am so disappointed in you.”

My girls, getting their water and gathering for our halftime talk, having heard his outrageous comment - looked up at me with wide eyes and gaping mouths. My heart dropped.  This coach just went from being an annoying coach who wasn't helping his players develop - to a bully.

I tried to regain my team's attention as my halftime talk quickly turned into the frenzied conversations of 9 year olds - commenting on how much he screamed, and recalling with a mixture of confusion and laughter, some of the specific things he yelled during the half. I pulled my team in shoulder to shoulder, made sure I had eye-contact and their attention, and said:

That coach is not acting appropriately. It’s absolutely not okay for him to talk to his players that way. Some coaches are wrong and think yelling like that will help their players.”

One of my outspoken girls said quickly:

Well, I can tell you one thing for sure – He is NOT helping….He is annoying!”

I wish I had abandoned my half time talk and walked right over to the sidelines to speak to his parents.  I would have said:

Listen, I know you are winning 2-0...but you must not let that distract you from what is really happening. Please understand two unfortunate things are happening to your children right now because of their coach.  They are being hurt as young people and as players.

First, you must understand and recognize this negative coaching behavior and realize your child's coach is motivating them with fear. A coach who uses their position of power to elicit behaviors based on fear tactics – is a bully.

Now, let me be clear. I actually watched 3 games from this team over the weekend, twice positioning myself near his bench on purpose. And I can tell you – he really cared about these girls. He really wanted them to do well and to feel the sweet joy of success and winning.

I have no doubt in his overall intention to do the right thing.

However, he was doing the wrong thing.

Coaches who motivate from fear cause stress and anxiety in their players that will eventually result in some players on the team quitting the sport, demonstrating signs of anxiety in their daily life, and who likely won’t develop the intrinsic motivation required to fulfill their potential as an athlete.

This coach may have cared about his players, but he cared more about himself personally winning, than their proper development.

Why did the parents allow their daughter to play on this team with this coach who managed from fear and took away so much of the joy a 9 year old should be experiencing in the game?

I would have continued my conversation with the parents:

Second, your girls are not developing to their potential as soccer players. Instead, what they are primarily developing is a keen awareness of the voice of their coach and a growing desire in their hearts and minds to not make him upset. Through his words and actions, your girls'  coach is telling them: “Do exactly what I say or I will be disappointed in you.”

I can understand how you may be confused and are even maybe excited about the success your children appear to be having in the moment. After all, your daughters are winning and working really hard, seemingly learning lessons in discipline and determination.

I would go on to say:

To be clear, your child's coach definitely understands the game. The direction he is giving your daughters from the sidelines generally reflects what they should be doing in that moment to play well and win the game.  But your child's coach joysticking them around the field, controlling their decisions, is not helping them develop.

I could have started doing the same. I could have yelled at my girls all game long – telling them where to go, what to do with the ball, when they needed to work harder…and he and I could have made this game about us – instead of the players.

These coaches desperately need education and to change. This is not the same as a coach yelling to her players to "Get goal-side!" on a corner kick (although yelling “How can you protect the goal?” would be better) or reminding them to "Move wide." as the ball is circulating over to their side of the field.

This coach crossed the line repeatedly – and there are coaches all over who do this weekly.

Your number one job as a soccer parent is to make sure your child is playing in the right environment – and if your child’s coach is incessantly joysticking them around the field and/or motivating them from fear – THAT IS NOT THE RIGHT ENVIRONMENT.

Soccer clubs need to educate, engage and further develop coaches who make the game about themselves, and don’t allow players to learn through making their own decisions and developing their own awareness of the game around them.  And we definitely need to rid our sidelines of the bully coaches.

I made an effort to defend his players and tried to help him understand how wrong he was with some passive aggressive comments to him on the sidelines. “Wow, you sure are a yeller, I am definitely a lover.” I said to him as we stood near one another on the sideline after one of his outstandingly ridiculous rants. At the end of the game, with an extra firm handshake and a look straight in his eyes and with a mildly sarcastic tone I said: “Well, that was some game – they sure do a good job listening to you telling them what to do.”

But sarcasm and passive aggressive comments aside, I have been thinking about this coach and his players often this week. I should have done more: talked to him, talked to the parents on the sidelines, found out who the DOC was at his club and reached out to her or him – SOMETHING!

He is robbing his players of the chance to develop properly, players on his team surely feel anxiety and unnecessary stress instead of joy, and the parents don’t seem to understand the negative affects he is having on them both as players and young people and are tolerating this negative environment for their child.

The screamer's team ended up winning the tournament, which is unfortunate because it just reinforced the coach's bullying and joysticking behavior.

This type of coaching behavior must become completely unacceptable and unwelcome from parents. We need to protect our children and allow them to develop in a nurturing, challenging environment that will help them feel inspired and allow them to thrive.

Post-Script 1:  The original article listed the name of the tournament and state of the opposing team - and I was contacted by a representative of the club concerned for the safety of the coach.  So, I have removed those details from the current draft of the article.  I also asked the DOC to be concerned for the safety of the players (!) and offered them a free annual membership to the SoccerParentResourceCenter.com

Post-Script 2:  The foundation of the work I do with the Soccer Parenting Association is to establish trust between coaches and parents.  In no way what-so-ever is this article intended to do anything but further that work.  This is not a parents vs. coaches issue, despite me calling parents to take action in these situations.  It will be difficult for us to establish trust-filled relationships if we continue to endorse this type of behavior from coaches by not speaking up about it (parents and coaches together).  That being said - I have had a fellow coach I trust a lot encourage me to dive deeper into defining "joysticking" behavior so parents can better understand the difference between "guided learning" and "joysticking."   I will work to get a follow up article on that topic out soon.

Previous Post How to REALLY Support Your Child During the College Recruiting Process Next Post What is Resiliency and How Do We Help Our Kids Build It?