9 Important Roles and Expectations of a Soccer Parent 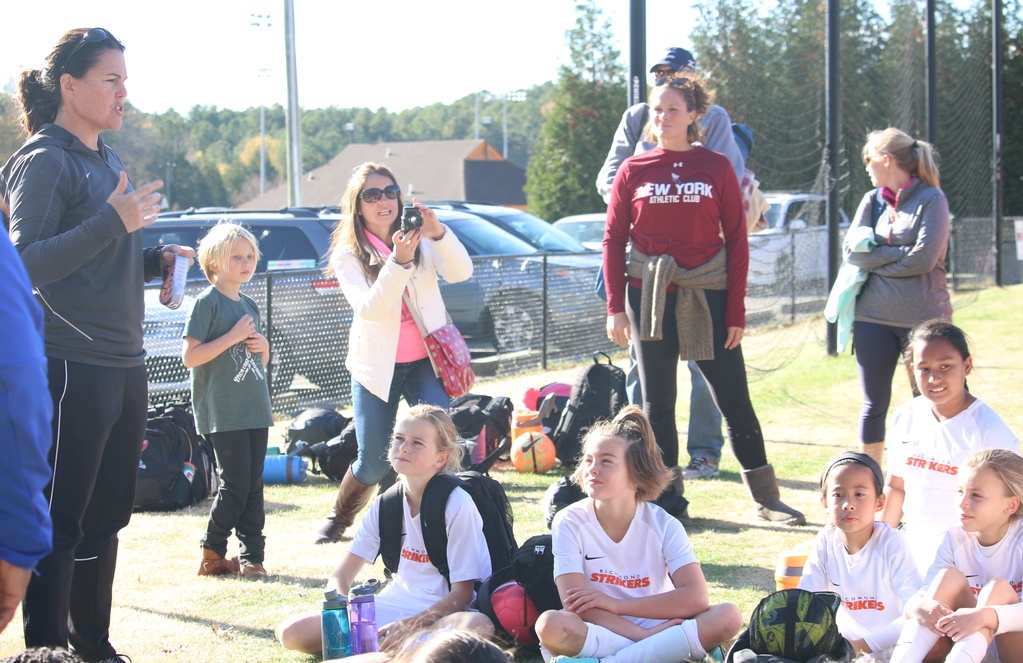 9 Important Roles and Expectations of a Soccer Parent

Adam Norse is the author of Grow your Potential: A Teenager's Guide to Maximizing Your Life

If you have been around the youth soccer world for any amount of time, you will know that we still have a lot of work to do in order to create a consistently healthy environment for our players to thrive and keep falling in love with the game.

Unfortunately as is the case in other areas of life, some parents are not open to educating themselves on how to be a soccer parent. Many think that by simply being a parent, they are qualified as a soccer parent, which is simply not true. Being a successful soccer parent is something that needs to be worked at, education needs to be sought, and parents need to be conscious about their interactions with their children. Being a soccer parent is a skill, just like being a player or coaching a team.

Athletic Triangle
In his book The 2nd Goal Parent, Positive Coaching Alliance founder Jim Thompson says that the role of a sports parent is to support the athlete and the coach. He explains that coaching and the scoreboard should not be the concern of the parent, instead they should help to cultivate an environment that best supports peak performance. The parent, player and coach all have the same amount of responsibility but their roles are different  -  this is known as the athletic triangle.

Does this mean the parent should be passive and say nothing? Far from it - the parent has an equally important role to play. The key is to remember that the role is different to that of the coach.

Parent Role
Ideally the coach will have a meeting with all parents at the start of each season to explain their coaching style, methods of communication, player expectations and also the role that parents can play. If the coach doesn’t do this, I suggest reaching out to them in a friendly manner and asking for a meeting. I have learned that the more communication between the coach and parents the better as it allows for clear expectations to be set.

The key roles of a soccer parent:

Educating parents about their role in the athletic triangle might be new for your coach and your club. If this is the case you could be the one to start shifting the culture.

As a youth coach, I can say that those parents who understand their role as a soccer parent not only develop a better experience for their child, they have a much more enjoyable experience themselves. Conversely, the parents who don’t know what their role is, or who are unwilling to fulfill it, are the ones who encounter the most frustration and who upset the equilibrium for everyone else  - their own child, the coach, the rest of the players and the other parents.

Being a successful soccer parent requires learning new skills and reframing conversations. Coaches, administrators and parents all have a role to play if we are going to succeed in changing the current culture.

From a coach and club perspective, educating parents takes courage - especially in the pay-to-play model. Not all parents are ready to hear that they need to work on developing their arsenal of tools. Rewiring years of thinking and changing behaviors is hard work. Yet I believe that once parents understand their key role in the athletic triangle and they start to understand what is expected of them, we create a culture where our players start to flourish and deepen their love for the game.

About the Author Adam Norse

Adam Norse is the Program Director at Downtown United Soccer Club in NYC. He holds the US Youth License and is a trainer with Positive Coaching Alliance. He is passionate about embracing the power of soccer to help young players maximize their potential on & off the field.