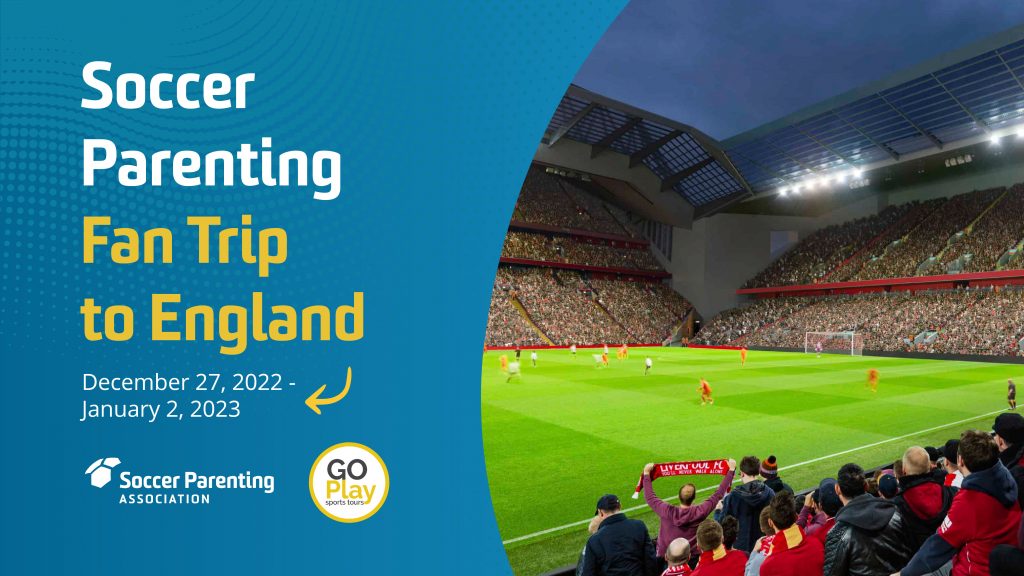 Soccer Parenting is on the road again,
and we want you to join us!

We're heading to Manchester for a GAME A DAY Fan Trip, December 27 - January 2.

There are some fantastic games and adventures ahead during the Holidays and we are actively accepting registration.  This trip is limited to 40 people and is perfect for ANYONE (coaches, parents, players - all ages) who wants to experience a lot of football during the Holidays!   So far we have families, mother - daughters, father - sons, and coaches attending.  JOIN US!!!

We will be based in Manchester and go to three Premier League games, three Championship games, experience some football sightseeing, check out a museum, have a special guest coach (or two!) come in for some Soccer Talk, and share some laughs in the restaurants and pubs along the way!

Trip starts the morning of December 27 in Manchester (you book flights to leave the US on/before the 26th and arrive Manchester on December 27.)

Trip is limited to first 40 people to PAY A DEPOSIT AND REGISTER!