Are You Interfering With Your Child's Youth Soccer Performance? 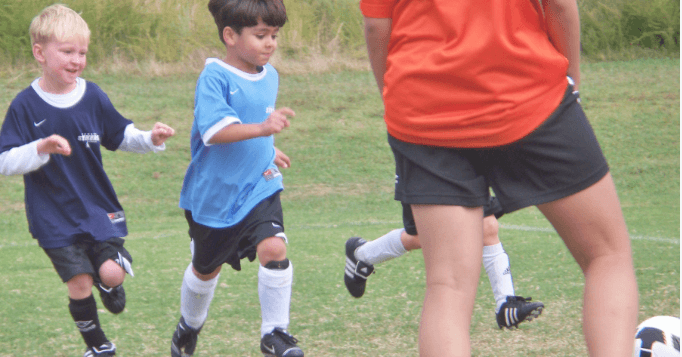 Are You Interfering with Your Child’s Youth Soccer Performance?

I had a confrontation with a parent on the sideline recently that really shook me up.

This parent was yelling at the kids on the field, at me the coach and was just plain rude. Post game I went to speak to the parent. After the conversation, I walked away feeling like the parent simply didn’t understand that his yelling was actually hurting his child’s performance rather than helping it.

For two days, I asked myself what could I have said to get my point across better?

It took a webinar with my good friend John O’Sullivan, from Changing the Game Projectto remind me of the magical answer. John quoted Tim Gallwey, who wrote “The Inner Game of Tennis” by reminding me that:

That is a powerful equation.

So as a coach, I need to remind the parents (and myself), that what we tell the players on game day can be interference.

Interference can come in many forms.

I often hear parents and even coaches tell young players things such as: “This team has won such and such games,” or is “ranked such and such.” When we do this, we have interfered with the players’ confidence level. That information is a mental distraction, it takes a piece out of our players’ armor of confidence, thus decreasing performance.

So instead of parents and coaches focusing on the other team, maybe we rephrase things to a statement such as, “Hey, you had a really good week in practice, I know you are ready for this game!” This is a positive, confidence building statement and has the potential to increase performance.

So back to the parent who was yelling from the sidelines.

Parents, and also coaches, have you ever had someone yell at you while you were trying to type, or trying to add numbers, write a session plan or draft a brief?

If you did it would decrease your ability to focus on the task at hand.

When a Parent Yells from the Sidelines

So when you yell from the sidelines, you are actually interfering with your child’s and the other players’ abilities to perform. You are taking away from how well the team can function as a whole. So why do we insist on yelling from the sidelines? Maybe we need to rethink how we act? Do we want to interfere or do we pick and choose what we say and when we say it?

If we can educate parents and coaches to better understand that players need to be able to reduce interference from the sidelines in order to increase their overall performance, than maybe we will have not only a quieter, less stressful sideline, but we will have happier kids, and a higher level of performance from our teams.

About the Author Carrie Taylor

Carrie Taylor is a Cal South and USYS Instructor, holds her USSF "A" License and is a former Head Men's and Women's Division III college coach.

The Possibility of a Soccer Experience for Every Youth in America