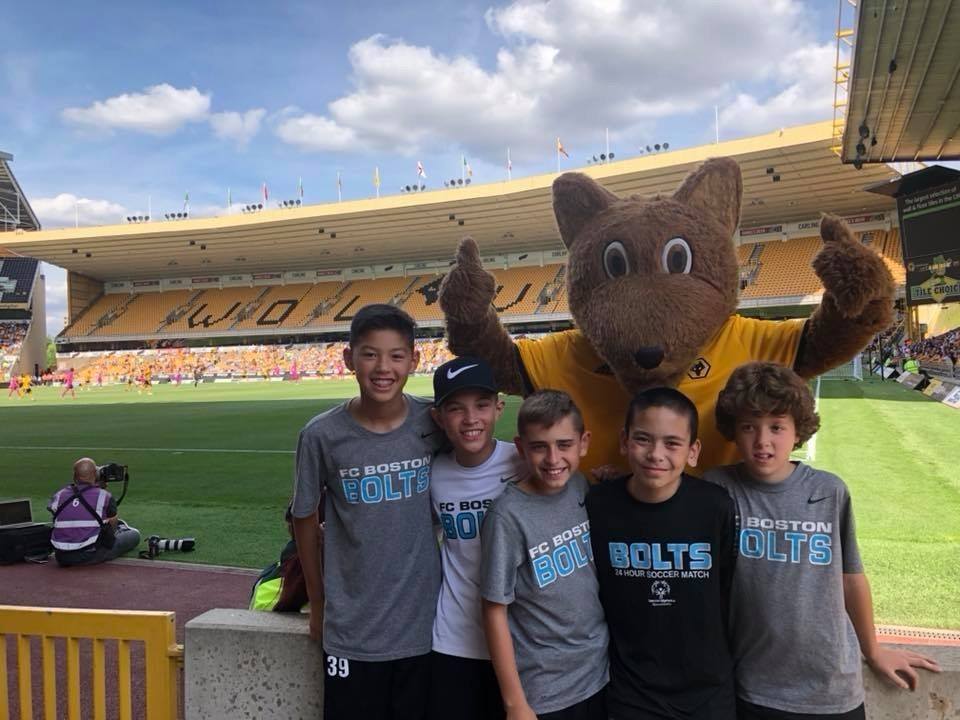 Our European Soccer Adventure – The Impact on My Child and Family

An interview from our partner GoPlay Sports Tours with Jody Kahoalii - a parent of four young soccer-mad children from Boston, Massachusetts, all of which have been brought up playing the beautiful game.

As Jody explained, soccer is in “her blood” after playing Division I at the University of Louisville, so when her sons’ club the Boston Bolts proposed a tournament trip with GoPlay Sports Tours to the United Kingdom, the whole family was excited.

It not only was an opportunity for her children to travel on a summer tour to England to compete in the prestigious Oakham Cup against professional teams including Manchester United and Watford, it proved to be an enlightening and unforgettable experience for the entire family – and one which she is considering repeating again in 2020.

“Anyone who is truly involved in the sport needs to go over there at least once in there lifetime.”

Jody explains how crucial the overseas trip was for her son’s soccer development and how it gave him a new level of focus:

“We’re a big soccer family. I grew up playing soccer; I got a scholarship to play D1 Soccer so it’s in our blood,” says Jody.  SSo from the time my boys could walk they were playing. Sometimes American football gets in the way. I grew up in Massachusetts and went to Louisville University in Kentucky, and I met my husband there – he played baseball for the University and was from California.

“When we moved to Massachusetts we wanted to make sure we found a good soccer club for our kids. We wanted a family-orientated club that pushed our kids and challenged them. We found the Boston Bolts, the DOC Brian Ainscough does a great job with the Bolts.

“We are fortunate that the coaches are all good and look for improvement, and they also gave us the chance to go to England and to experience soccer there. We appreciated the different levels that the U.K. offered; it was a different experience.  It did a l lot for my son. It’s a different kind of soccer there.

“One of the things I tell people is about the referees; it sounds crazy but the referees want the kids to learn while they’re playing and they instruct them while they’re playing, rather than just officiating. They explain themselves and explained to the kids how they could do better and I thought that was great. They also do not blow their whistle as much, so the game was more aggressive and physical, you could use your body more.

“Somebody could have told me that, but until you experience it, you don’t really understand, and that was one of the big differences from the U.S.  In fact, it was one of the things that stood out and a real game changer.”

“Just the traveling experience was great. Being able to go over there with the mindset that we’re going to play soccer was great. The opportunity was great. My son obviously stayed with his team overnight and there were multiple teams there from different parts of Europe.

“It’s a more intense experience in England. There’s an appreciation of the sport unlike in the United States.  We got to go and see some professional games that gave a whole different level of meaning to the game, in terms of the crowd etc. 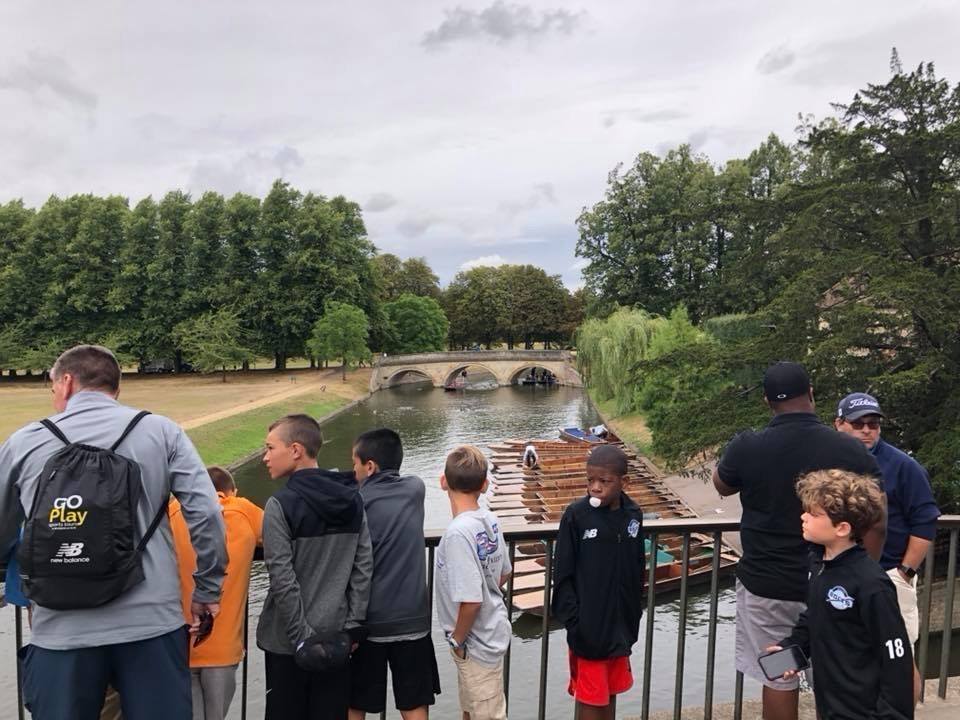 “Firstly the stadiums were full,” says Jody. “You don’t see that in America in soccer. The New England Revolution are lucky to fill up a quarter of the stadium in MLS over here. We got to a Liverpool game at Fenway Park this summer, and that stadium filled up and it gave me a nostalgic look back of what it was like to be in England.

“It’s a more intense experience in England. There is an appreciation of the sport and that was good. We stayed in a cottage and there was soccer on the TV at all times. There were people in the bar watching soccer and in America you do not always see that.

“People there live and breathe the sport and they are really intertwined with soccer.  I don’t know how many times my son PJ said: ‘It’s crazy how many people are into soccer here’. He couldn’t get over it and it just felt like everyone enjoyed it, where at home when he goes to school there might be three or four kids who do soccer.

“It opened his eyes and he says now he would jump at the opportunity to play soccer overseas if it ever arose. Without the experience he would never have recognized that and without the trip he would have never appreciated that. There’s a whole new world out there.” 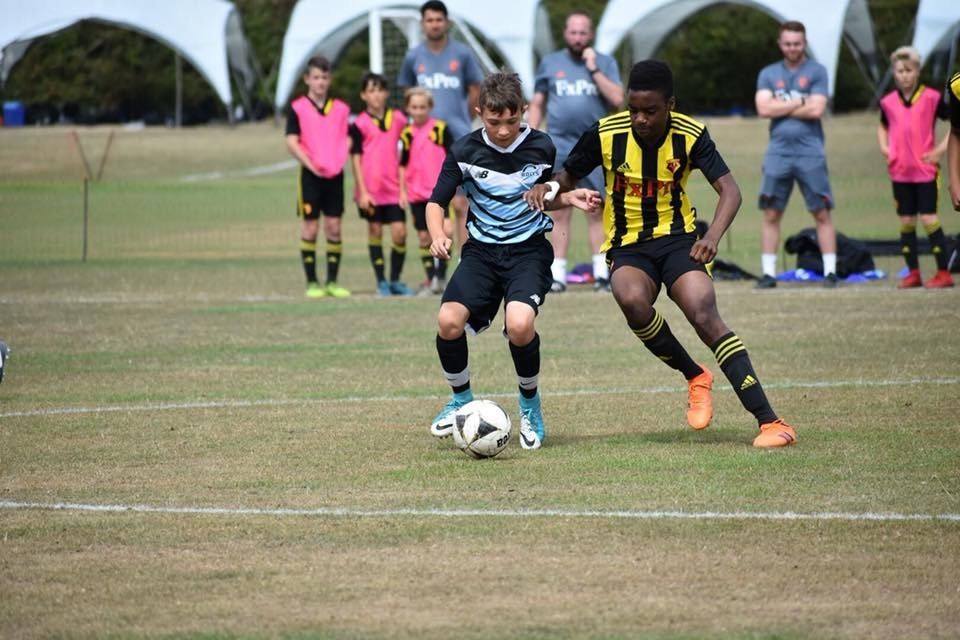 Were you apprehensive ahead of the trip?

“Prior to us going there was a debate as to whether he would go on his own or not,” explains Jody. “He was 12 at the time and I wanted to go with him. But there’s an opportunity for him to go again in summer 2020 and I would now feel comfortable letting him go with GoPlay Sports and the Bolts on his own.

“It was a very safe experience and very structured. We didn’t know what to expect, but that summer they played around 10-12 tournament games in a 10-day trip and it made him a better soccer player, 100%. Those 10 days overseas were far more valuable than going to, say, three camps in the U.S.

“Some of those kids that played in the tournament for Manchester United and Watford; there was a sense that everything was on the line for them when they played. They were almost trying to prove themselves.

“We were talking to some of the British parents and it was like there was almost a price tag on their kids and when one of the kids got injured there was a real feeling from their parents that they might lose their chance.

“But there was such a joy for the sport and that is what we walked away with. Everyone in the U.K. just had so much energy towards the sport and everything there was just like a lesson.”

“We stayed in a small town called Oakham and we got to do some sightseeing and saw some castles and experienced the farmers’ markets and the food and the cottages that we stayed in were fabulous,” says Jody.

“In America you might stay in a Holiday Inn or a Marriott Hotel, but over there, there are so many small hotels that are attached to pubs and there was such a different sense of family and time.

“It wasn’t all about work and things were shut down and people went out to eat and spent time with their families. My mom’s side of the family are from England and so my mom had said prior to going that the food might not be very good and so I was prepared in my head for that.

However, everything I ate there was unbelievable. It was so good and I told my mom ‘you were so wrong about it’.

“The breakfasts were enormous. You could get away with eating a big breakfast and then not eating anything until dinner. And the fish and chips over there, that’s just the best. When we were walking with Brian (coach) to the fields he pointed put a local fish and chip shop and sure enough he was right, it was fantastic.” 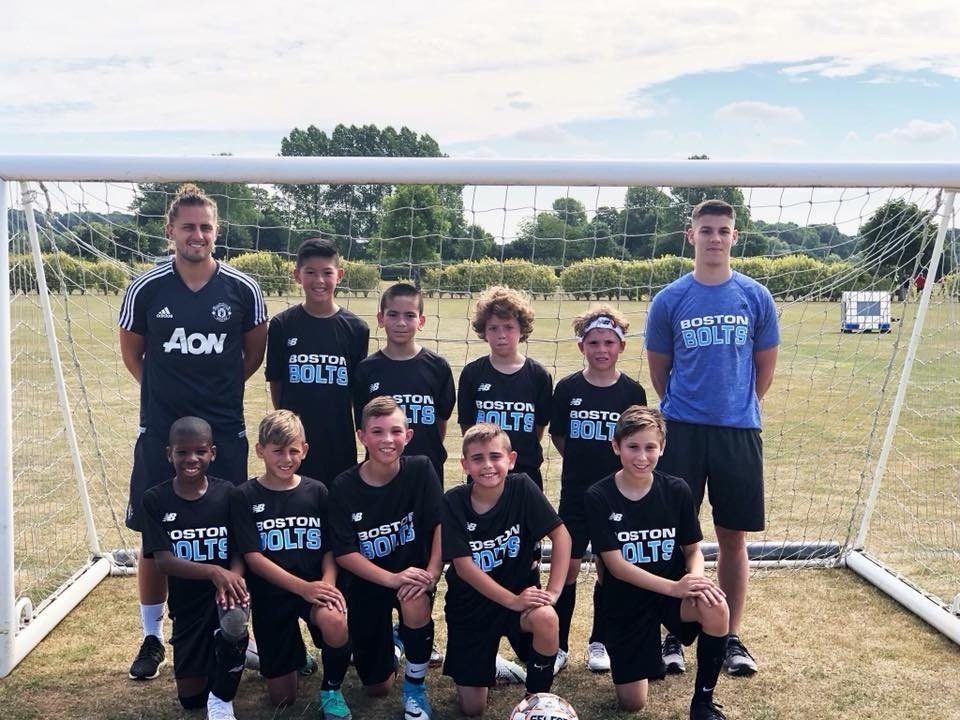 “Honestly, the soccer itself was phenomenal. Every moment out on the fields watching PJ play was unforgettable and I took hundreds of pictures and took a long video too. I just didn’t want to forget it.

“We played against some of the young kids that may well be playing in the Premier League in years to come. That was really cool,” adds Jody.

“Everything about it was a good job from GoPlay. There was nothing I could complain about. Everything was perfect. There wasn’t one thing that could have been changed.

“I would feel comfortable sending my kid next time on his own. Not that I really want to miss out, but it was great for the adults, great for the kids, family orientated - we sat down and ate dinner with everyone every night, it was personable and nobody wanted to leave.

“I saw PJ grow up while we were there and it gave him a real focus.  ‘I can play at this level and compete and I know what direction I can go in and know that the level in the U.K. is attainable’

“I don’t think soccer is appreciated as much here as it is there. Anyone who is truly involved in the sport needs to go over there at least once in there lifetime.

“In a heartbeat we would go again!"