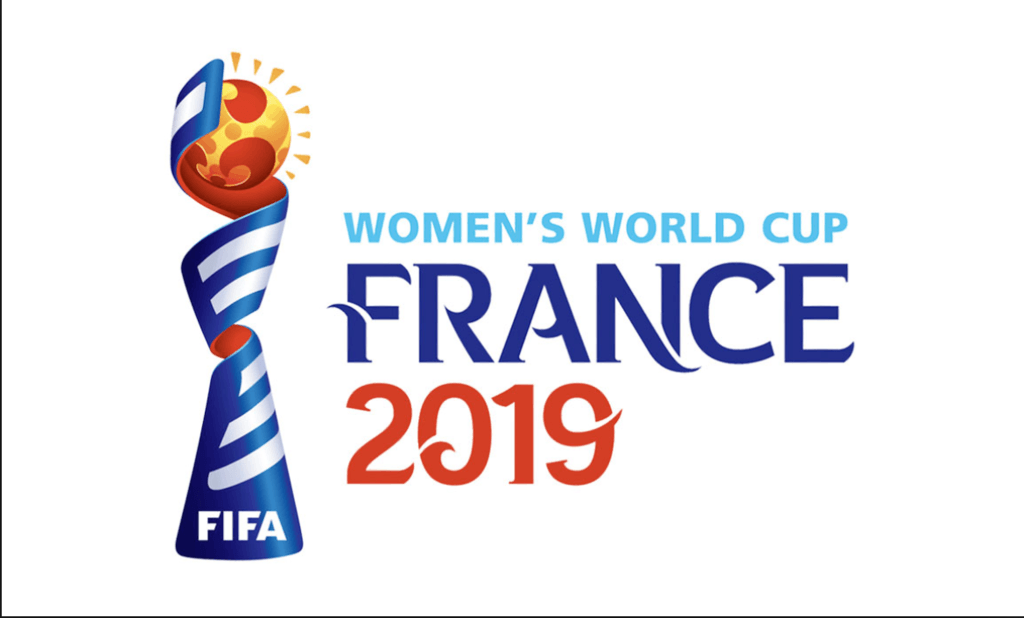 The Women’s World Cup began in Paris on Friday, June 7th with a France-Korea (4-0) match that kicked of 52 games in 9 French host cities, culminating in a July 7 final.

Here is a link to the complete Women's World Cup Match Schedule and much more at FIFA.com.

Want to see the schedule along with broadcasting information from the Fox Sports, even the ability to set reminders for specific games?  Here is a link!

At SoccerParenting.com we often write about the importance of your child developing a Love of the Game they will take with them into adulthood. The World Cup can be a moment of ignition for your child when it comes to developing their Love of the Game. Seemingly unlimited opportunities to watch games, learn, and be inspired abound.

As a soccer parent, here are some tips to help you maximize your child’s learning and inspiration during France 2019:

1. Have your child fill out a Bracket

HERE is a link to a visually pleasing downloadable bracket from FIFA you can print and fill out.  Print it out and manually pick your winners at this link. 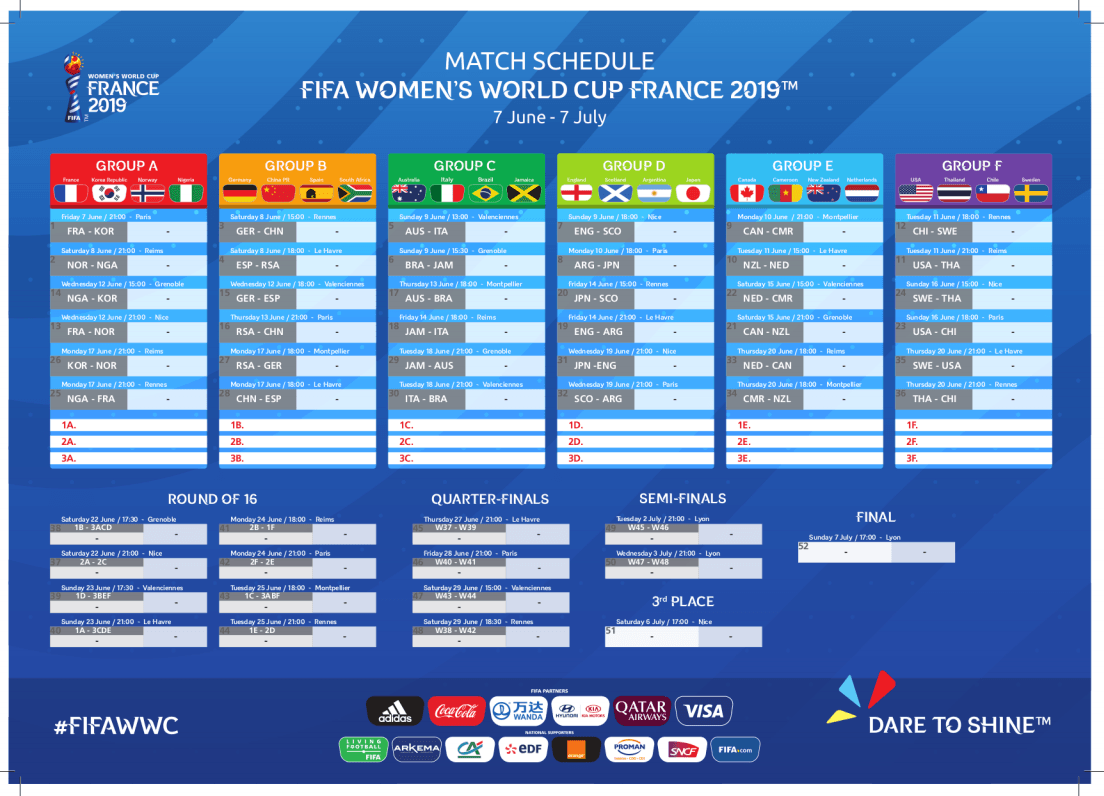 Of course this is not a requirement to watching a World Cup – but it can help your child connect more deeply to the month-long tournament! Be sure they follow their choice of team, their players, and fan groups on various social media platforms.

If a specific country doesn’t stand out to your child, encourage them to do some research. Who are the underdogs with potential to win some games? Who has won the World Cup the most? Who is favored to win?

Has your child identified a position they like to play the most? If so, be sure to discuss the related players during each game.

For instance, if your child plays outside back most often, have them watch the qualities and decisions of the outside backs in the games. What are their names? What clubs do they play for? Did they make a mistake? What should they have done instead? Did they make a great play? Celebrate it alongside them!

Is there an outside back they admire or like the style of the most? Why? What qualities do they demonstrate that stand out that your child would like to develop themselves?

Soccer is the World’s Game. One of the extraordinary opportunities our children have as soccer players and fans of the game is being able to experience the world in a different way. Soccer gifts our children a pathway to uniquely connect with the world. Help your child understand this gift while watching the World Cup.

Pay extra attention when the camera scans the stands and the fans. What are the differences or commonalities between how one country’s fans chant, sing and celebrate during a game and another?

5. Watch and Listen to the daily news content on various digital platforms 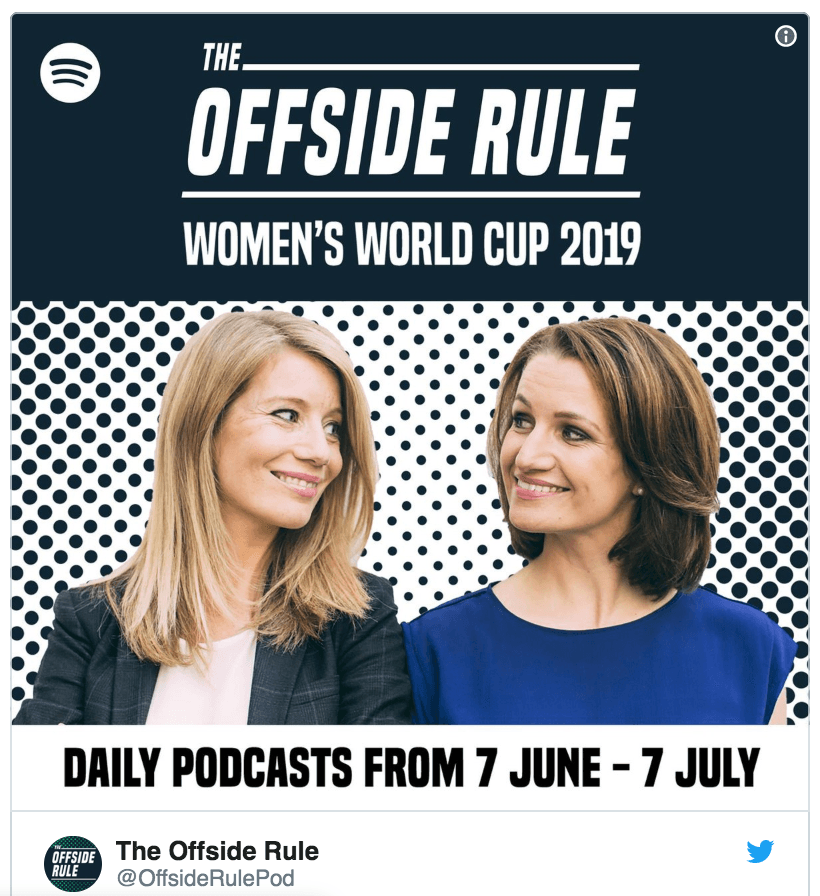 The depth of connection fans feel to the game, the passion for national team performances, the gravity of the wins and losses in World Cup competition is tremendous.

It’s sometimes hard to understand the enormity of the sport of soccer on a global scale if you have not experienced international soccer in person, or if you, as a parent, maybe don’t feel a strong connection to the game.

For instance, I remember the first time I went to a SEC College Football Game. I found myself walking around the miles and miles of tailgate parties thinking – who are all these people? Are they really here to watch a college football game? I felt like a complete outsider and didn’t relate to the passion and excitement they were feeling.  Maybe this is how you feel when watching soccer?

In contrast, I also remember the first time I went to an International Friendly soccer game in Eindhoven (Holland) – when the Netherlands played Russia in 1989, my senior year in high school. I was invigorated and fell in love with the game in an entirely new way. Maybe your child will feel the same connection to the International game during this World Cup as I did that day in Eindhoven.  I hope so.

Previous Post Clubs Winning Culture: Richmond Strikers and their Tryout Process Next Post What is Happening to the Idea of Team?