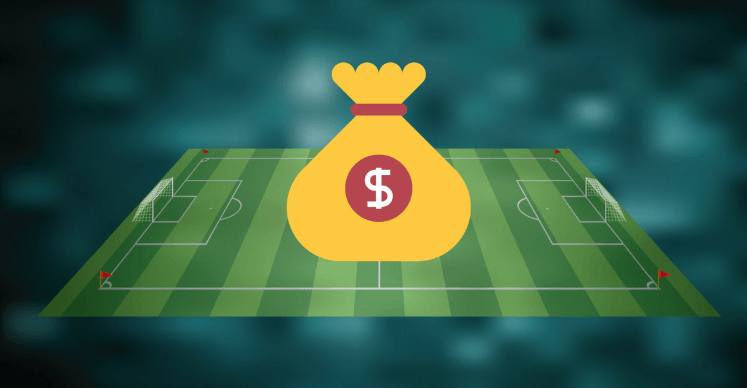 Can we talk about Pay-to-Play for a moment?

Can we be rational and realistic about the financial model youth sports is based upon and stop calling for an end to Pay-to-Play?

Can we pause, reflect and recognize that it is impossible to end Pay-to-Play for organized sports? There are field costs, coaching and club management costs, insurance and uniform expenses, referee fees, not to mention registration fees payable to organizing bodies. Without significant federal, state or local government funding for youth sports, unrealistic U.S. Soccer support, and local businesses anteing up and sponsoring youth sports organizations – there will be a fee to play organized youth sports.

I want to be clear on four issues:

1.  Pay to Play and Accessibility are not the same issue. They are concentric circles with a bit of overlap – but we must stop confusing the conversation by making them the same because Accessibility is too important of a subject.

2.  With increased collaboration within national leadership focusing on reforming and improving the youth soccer culture – we will reap positive cultural improvements that will result in tackling some of the prevalent issues rampant within our current Pay-to-Play model.

3.  The geographic size of our country presents some real and significant roadblocks to lowering the cost of our top youth talent to compete based on travel expenses alone.

4.  When we discuss making youth soccer more affordable, we are talking about completely altering the financial model most of our clubs are reliant upon to remain a viable business entity.

5 Calls to Action for Pay-Less-to-Play

We have seen tremendous growth in recent years in youth soccer when it comes to the level of play and the skills and abilities of our most talented youth players.

However, we have made the assumption that this growth and improvement is directly related to the national structure of the competition instead of the increased quality of the coaches and the daily training environment these talented and committed coaches have established.

We need to step back and ask ourselves if nation-wide leagues, where players and their families are sometimes traveling 400 miles to play two league games over a weekend, staying in hotels for two or three nights, missing a day or two of school – are necessary as coaches improve and training standards for our most talents players continue to improve.

An alarming number of parents believe their 11 year-old child will get a scholarship to play soccer in college or will make the National Team. We need strong national leadership, club leadership and coach leadership refuting this misinformation and clearly reframing and defining the overarching mission of youth soccer: to inspire players to fall in love with the game so they reap the health benefits of an active lifestyle while learning valuable life lessons while becoming fans for life.

As organizing bodies, leagues, clubs, and coaches we have facilitated this fallacy by not actively refuting it and we have not worked hard enough to lead and guide parents, and provide them the necessary perspective about the pathway their child is traveling because our financial models and competition structures depend on participation.

How can we change our competition and development structures and systems so they serve all players based on their athletic potential and mentality?

Tournaments provide essential revenue to clubs to offset operating expenses and salaries. The festival type atmosphere of tournaments can produce life-long memories, parents and players can bond in the hotel and over meals, and tournaments can be a wonderful and fun way to begin or culminate a season. At the older levels, tournaments present an important opportunity for colleges to evaluate and recruit players.

But we can’t ignore the fact that tournaments also form the foundation of so many of the problems we face in the youth game: too much of a focus on winning, the structure is often not in the best interest of the player’s health, travel is often extremely expensive, and they encourage and embolden youth soccer rankings to flight them.

We need our national leadership to establish best practices and standards related to tournament participation so parents have some guidance, player safety is a priority, winning is not the focus.

There has been a clear move away from volunteer led clubs to paid coaches and staff as we have established a more professional environment for our youth players. This has lead to an increase in expenses that need revenue to balance them. The club salary expenses are largely being covered by fees from parents and tournament revenue.

If we want to lower the amount we have to pay to play, we need to do everything possible to decrease club expenses by replacing staff with volunteers when possible.

There will be effects of increased volunteerism clubs will have to address.  Do parents want to volunteer their time?  Is this viable?

5.  Stronger Focus on Higher Coaching Standards and a Focus on Character Development

Paying $100 for a meal that turns out to be average will usually result in a feeling of frustration – especially if the service was poor. This is what is too often happening in our youth soccer environments. Parents are paying too much for an average developmental environment where too much focus is on winning and the coach does not have the level of integrity parents should demand of people so influential in their child’s life or the soccer knowledge worthy of the fees being paid.

We need our youth soccer leadership to define coaching standards that parents can hold clubs accountable to that are rooted in coach integrity and behavior, holistically serving the needs of the players, maximizing learning and growth opportunities, and player wellness and safety. These higher and defined standards will result in an improved youth soccer culture – which will in turn trickle down to reform at all levels, including Pay-to-Play.

We need to recognize that it is a challenge for these conversations to happen because of the lack of collaboration and trust that exists in our youth soccer ecosystem.  That being said, we have good leaders in place who want to make youth soccer better. We therefore need US Youth Soccer, U.S. Club Soccer and U.S. Soccer to work to establish balance and boundaries in their relationships, allowing stronger coaching standards with a focus on player wellness and safety to become a priority.

There is not a simple solution to Pay-to-Play. It can’t be solved with the U.S. Soccer reserves and should not be confused with Accessibility.

Cultural change involves parents, coaches, administrators, directors, and leaders all being willing to change and rethink our youth soccer behaviors, norms, and environment.  The question remains: are we willing to do this?

I regularly hear from parents who are fed up with our youth soccer structure and environment. Parents who are wondering if it’s okay that they don’t want to pay $1900 for their 16 year old daughter who is an average player with no aspirations to play at a higher level to play soccer. Parents who don’t see value in their family paying a total of $2200 for their 11 year-old son to attend a tournament 6 states away. Parents who are disappointed in paying $850 for their 8 year old to play, especially when the coaches are not qualified and there is too much of an emphasis on winning.

As Tom Farrey, director of the Aspen Institute’s Project Play, Emmy Award winning journalist, and the author of “Game On: The All American Race to Make Champions of Our Children” recently said

Sport does not need to cost serious money to play – we’ve just made it that way. Reform starts with national leadership.”

And reform starts with us making sure our national leadership knows we want them to more actively lead the youth soccer landscape and effectuate cultural change.

Previous Post Podcast with 3four3 and Skye Eddy Bruce Next Post Dear National Council: We Are Counting On You.