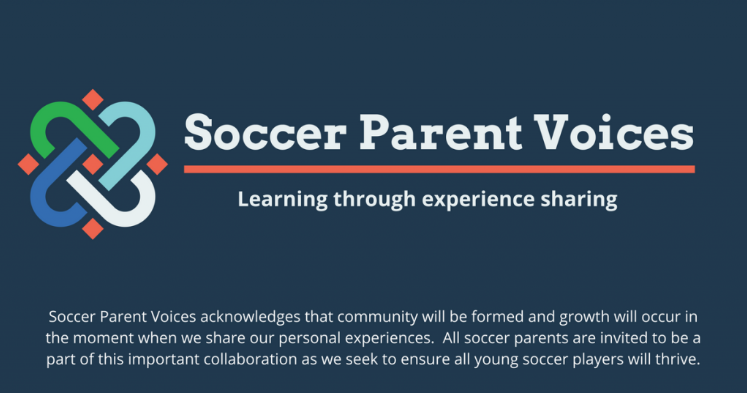 A big THANK YOU to the parents who took the time to chime in and share.

Do you have comments of your own to share?  Please do so in the comment section below!

Has your personal sideline communication changed over the years as your child has gotten older? How?

Brenda: Yes my personal sideline communication has changed.  I mostly remain silent and cheer for the team and my son when appropriate and remain positive.  But it hasn’t always been that way!  It was a few years ago when we competed in an out of state tournament and I didn’t feel my 9 year old son played hard enough.  After the game I mentally abused him about it.  I told him how much the trip cost and how I felt like it was a waste of money and berated him for hours because I was so mad.  I’m not proud because after he cried I actually felt better that he was upset along with me L.  After I calmed down and realized the mental abuse that I put him through I vowed that I would never do that again.  It took him a good year of playing after that before he stopped looking at me during practice and the games and wondered if I was going to be upset.  It breaks my heart to know that I was responsible for that.  Still to this day he will ask me if the trip we are going on for his soccer is expensive L, I respond with not as long as you have fun.  On the plus side, I corrected my behavior before it ruined his love for the sport which he says “soccer is the favorite part of my life”.

Tom: As coach and parent it took me quite sometime to realize enjoy the game and allow everything that happens on the field to play out. If you voice out to the field it’s not going to change anything. Enjoy the play of the game and do not stress – it feels great!

Matt: I am really a reformed crazy sideline parent.  For my first and second child, I would tell them what to do and get mad at the referees.  I have 3 kids who play soccer. I calmed down a lot about 5 years ago when my then 10 year old daughter – my middle child – started crying in the middle of the game when I was talking to her from the sidelines. I really thought that I was helping them by telling them what to do or trying to encourage them, but I realize now that I was just upsetting my kids and, especially my middle one, getting them stressed.

Do you have any strategies you have implemented that may help other parents?

Brenda: No strategies really, I just remind myself that it is my sons favorite part of his life and I don’t want to take that away.

Tom: There is a team and level of play for all kids be honest with your self and child, have them play on a team that makes sense for  the level of play. Being on the best team or highest level may not be the best decision, Be Honest.

Matt: When I go to a game now I try to concentrate on watching the game, all the players – instead of just my child.

How has your relationship with your child changed as your sideline communication has changed?

Brenda: My son now plays soccer for his own happiness.  He plays harder and smarter and I can see his passion in every game he plays.  He can concentrate on his game now that he doesn’t worry about me.

Tom: GREAT! It took a few years! They will let you know when they want to talk after a game or practice

Matt: I am really happy all my kids keep playing soccer.  I know my older son used to feel a lot of pressure from me, and now that I am more relaxed he seems to enjoy his time on the field more. In writing this, I just asked him if he likes it more when I don’t talk as much during the games and he just said “So much more – you used to drive me crazy.”  Car rides home used to be stressful – now I make a point to be sure we smile and laugh.

Do you have any ah-ha moments you went through that caused you to rethink your communication?

Brenda: My ah-ha moment was captured in #1.  These articles you send keep me in constant realization of my behavior and others around me.  Now I watch other parents who have similar behaviors to my past and with my eyes open I can see right away by the body language of their child what it does to them.  When I can, I share my story with hopes that it will help them.

Tom: Yes, when my daughter put her hand up during a game and with out saying anything pretty much said it all!

Matt: My daughter crying during a game really made me think about everything.  Also – it may have been that same season – there was another parent on her team who yelled a lot and I remember thinking how ridiculous she sounded one time when she yelled even as I found myself yelling at the same time!

April: I have had two “aha!” moments that have deeply effected my sideline behavior.  This first was when I was coaching my son at the ULittle rec level.  At that point I was of course constantly “joy-sticking” his play.  At one point he yelled at me as he came off the field”  “Stop telling me what to do-you can’t see what I am seeing on the field!!!”  I realized he was completely correct-from the sidelines the passing angles that I saw were different than the ones that he saw looking straight from the middle of the field.  The next year was when I moved him into club soccer.  His first coach was very firm in telling the parents to stay quiet on the sidelines. In particular he forbade us from yelling “shoot.”  Despite this, many parents would still instruct their kids from the sidelines-just not loud enough to carry over the field to the coach.  After almost every game, my son would discuss how these parents were giving their kids THE WRONG DIRECTIONS.  Either because the coach had told them to do something different or again because the parent wasn’t reading the field correctly.  These two experiences led me to keep my mouth shut for good.  Now, it has come around full circle. He actually asks me to shout out specific reminders to him-“shoulder check”, “hips open”, “play quick”.  It is totally gratifying for me to be involved in his development in such a positive way-driven entirely by him!

Unfortunately when I tell this story to parents to try and help them control themselves, they usually claim that THEY actually know what to tell their kid even if the kid doesn’t like it.   My strategy now is to send out Todd Beane’s essay from your site which points out that parents are stealing their kids learning opportunities with their sideline interference.  I send it to the whole team as a “reminder” each season and try and bring up the concept on the sidelines hoping to guilt them into submission

Taking the Stress Out of Youth Sports for Parents!