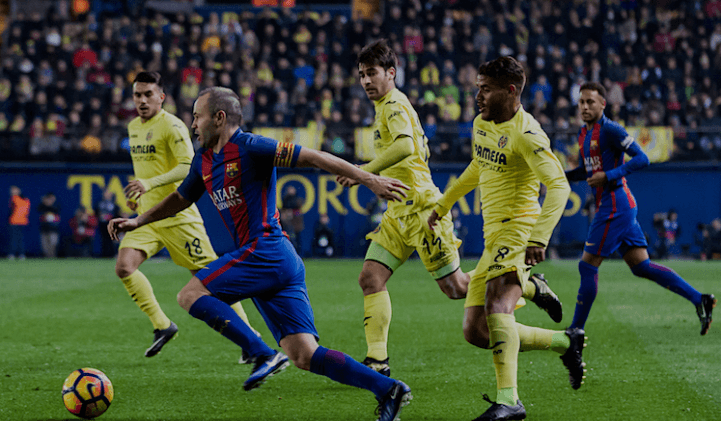 ...my son asks as we drive home from training.

“Because everyone is bigger than me and I just want to be their size.”

When your child enjoys playing sport, size matters. Being short, slight, and weak compared to your friends matters. Head over to your local school playground and you shall see why.

So, I did not have much of a response for my little son Jordan except to mention that his grandfather was also very small and thin and that he went on to accomplish some inspiring feats in European football.

Fortunately for us, we live down the road from some successful yet diminutive stars named Messi, Xavi, and Iniesta. In Barcelona we value intelligence, skill, and character over brawn. I put forth my best paternal argument.

“Yeah, right Dad – but I still want to get bigger.”

Amazing how the speeches in our heads as parents are more effective than in practice, no? This story has been played out on the fields of competition worldwide. And the reality is my son is more on point than I am.

“The biggest problem with trying to identify talent in the face of differing levels of maturity is that there is an inevitable bias towards picking the bigger, stronger and faster boy.”  - Dr. Jason Tee

Yes, we do this as coaches. It is a bias within us to win today, to see talent in dimensions and to lose sight of the process. We actually have no idea who will make it and who will not but we sell our expertise suggesting that we do.

As educators, we should dedicate ourselves to talent activation, not talent speculation.

There is a bit of good news for my boy – the smallest in his class and on his team.

Research is emerging to show that the least mature players in junior representative squads are the most likely to transition into senior national squads (McCarthy, 2016).

“The reasons for this phenomenon are not clear, but its likely that relatively less-mature players develop skills and experience while competing with more mature boys that place them at an advantage in senior competition. Once all the players have reached maturity, the skill set that allowed the late developers to survive playing against bigger, stronger and faster opponents, becomes the skill set that allows them to thrive at the highest levels of competition.” – Dr. Jason Tee

An education platform for soccer parents!

Everything you need to ensure your child is inspired by the game!

I am not worried so much about the end game. Whether my son rises to the top or not is not nearly as relevant as to whether he continues to learn and enjoy his football in a healthy and engaging environment.

As a father I need to account for his feelings.

As a coach I need to account for our professional bias. I need to nurture my players’ power to control the things that they can. I need to support them as they maximize the potential within. And I need to promote joy.

After all, as a coach I am the advocate of every child regardless of the maturation schedule that the gods of football have designed for the young being in front of me.

Size matters, but ambition and dedication come in all packages.

Now I just need to rethink and redesign my parent speech to my son. Or maybe I will just shut up and give him a supportive hug instead.

About the Author Todd Beane