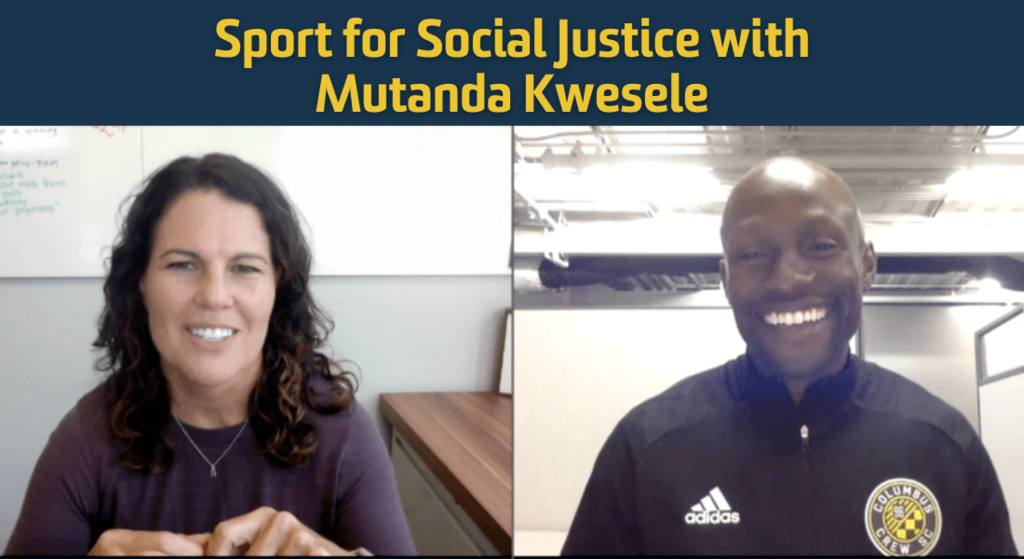 This conversation with Mutanda Kwesele was an absolute privilege to be a part of and I am so excited to share it here with the Soccer Parenting community. Thanks to the many people who listened live, asked questions, and engaged in conversation via the chat feature during the webinar.  There were simply too many questions to address and so Mutanda and I have decided to do a series of these conversations.  Anti-racism, social justice, compassion, solidarity, and bias were some of the topics we dove into as we examined our children's and our personal experiences with the game as parents and coaches and how we can make the world a more loving community through our sporting experiences.

I welcome you to comment below and please be on the lookout for more of these conversations regarding Sport and Social Justice with me and Mutanda in the coming months.

Born in Mufulira, Zambia, Mutanda Kwesele grew up in Seattle, Washington where he began his soccer journey. After starting his collegiate playing experience at Santa Clara University, he graduated from Seattle University in 2008 with a B.A. in psychology while competing with the school’s NCAA Division 1 soccer team. He would go on to play professionally with the Portland Timbers in 2009 and with FC Edmonton of the NASL in 2011.

Kwesele received a Master’s degree in Teaching from Seattle University’s School of Education in 2016 and also currently holds a USSF National “B” Coaching License. After coaching at all levels of youth soccer in Washington State for several years, Mutanda became the head coach of the u-14 group in the Columbus Crew SC Academy in August of 2019 .

Kwesele is the founder & director of The Rising Point, a soccer organization dedicated to empowering children from low-income families by providing greater access to a quality soccer experience. Mutanda and his wife, Jacqueline, are proud parents of Matteo Sebastian Kwesele, who was born in 2019 in Seattle.

Taking the Stress Out of Youth Sports for Parents!