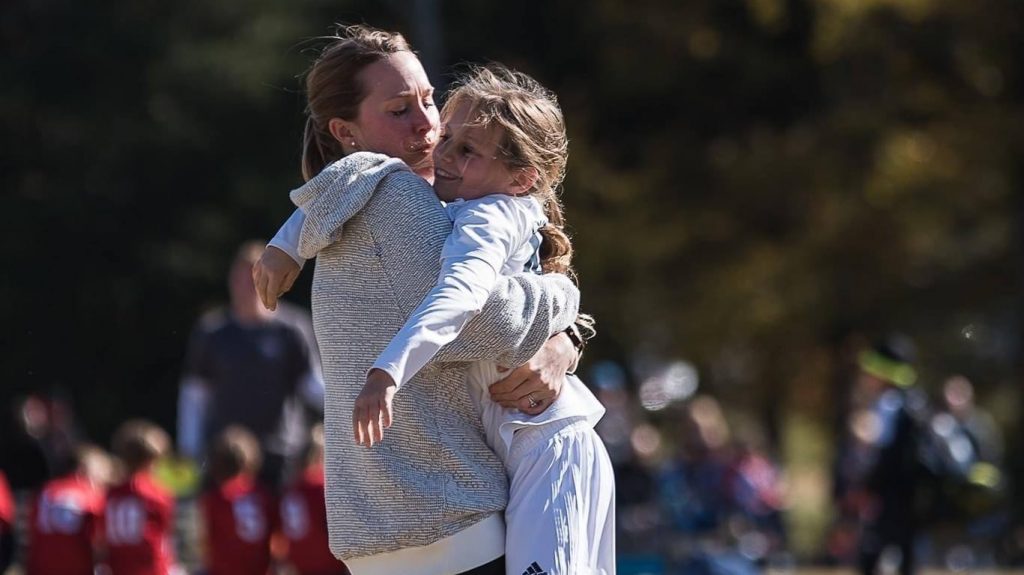 -Alan Stein, Jr.'s new book is packed with practical advice no matter what level of the game your child plays. He joined us recently for a live webinar where we discussed:
- What is the best thing you can say to your child after you watch them play?
- What types of things should you say before, after, and during games (and what should you steer clear of)?
= How can I best support my child if they get cut from the team? Or lose a big game? Or don’t play well? Or get limited minutes?

Enjoy the short excerpt of our recent webinar below. If you would like to see the full version, click here for a free three-day pass to the SoccerParentResourceCenter.com. 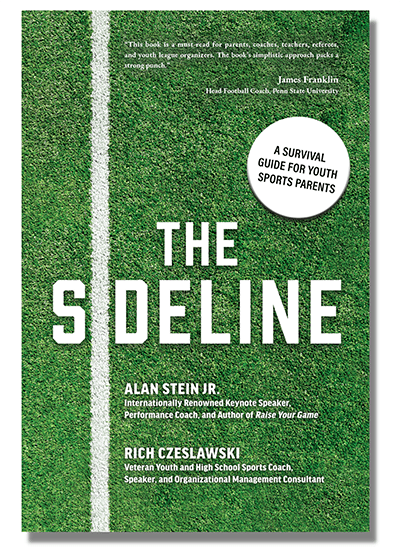 About Alan Stein, Jr.:
Alan Stein, Jr. is the co-author of new book called The Sideline: A Survival Guide for Youth Sports Parents. This book has one goal – to help parents successfully navigate the world of youth sports so their child not only performs well, but also has the most meaningful and memorable experience possible both on and off the field/court. Alan has been involved in elite youth sports for his entire life – which is no exaggeration! He was a youth athlete, then he coached youth athletes professionally, and now he’s the father of 3 youth athletes (11-year-old twin sons and a 9-year-old daughter). As a decorated basketball performance coach, he worked for two internationally renowned high school programs (Montrose Christian and DeMatha Catholic) and trained over a dozen current NBA players when they were in middle/high school (including superstar Kevin Durant).

Skye:
What would you say to the parents that are listening, Alan, whose children don't want to put in those extra reps...who are saying they want to make the high school team, but then it's becoming a big battle to get them to go out and even try to put in extra reps. What's some guidance for those kids? Because I know that happens a lot. I hear from parents all the time that don't exactly know how to navigate that.

Alan:
I'll tell you exactly what I tell my own children, that your behavior and what you do every day has to mirror your goals and your ambitions. If those things are not in alignment, then you have to change one of them. You either have to get better work habits or you have to lower your dreams. I don't care which one you choose, but you're not going to tell me that you want to make the high school varsity team and then not put in the work to deserve it. Those things cannot coexist.

But I let them know, "Hey, if you just want to play this for fun and to be with your friends, you have no desire to make the high school team or to play in college, that's okay. There's no pressure from me to do that. If this is just an activity for you and you just want to go to practice and play in some games, that is totally fine. There's nothing wrong with that." I say that with all sincerity. "However, if you do have aspirations of making a varsity team or playing in college, then you need to start developing the work habits to be on par with that, to be in alignment with that."

Alan:
As a society, we've really lowered the bar for expectations of youth sports parents. I think a vast majority of sports parents think to themselves, "I don't beat up the referee in the parking lot after the game and I don't scream obscenities at the top of my lung during a youth game, so I'm already a pretty good sports parent." If that's the barometer for being a youth sports parent, then we've collectively got some work to do. The groups that do those things, I mean, they're complete anomalies. That's a very low percentage. So most of the things that we address in The Sideline are things that I believe, and I do believe this wholeheartedly, that the overwhelmingly vast majority of youth sports parents do so with very noble intentions and are doing the absolute best they can with their level of awareness and the information they have.

What I found through my own and personal experience and seeing it through these different vantage points is some of these things that parents do that are well intentioned are very misguided. The parents do these things because they believe they're being helpful to their child when in fact, the exact opposite is true. One of the first things that comes to mind are the parents that yell instructions from the sideline or yell instructions from the bleachers, whether it's telling a kid when to pass or when to shoot or to bend their knees or to get back on defense. I do believe, again, parents think they're helping their kid by doing that.

Another thing that I see a lot of very well-intentioned parents doing is the moment their son or daughter comes off of the field or court, they become kind of critical. They start saying, "Well, here's what you should have done," or, "Why did you shoot that?" Or, "How come you didn't make that pass?" Or, "How did your man get by you?" Again, they're doing it because they're thinking I want my kid to be really successful and if I can button up a few of these errors that they made, then they'll become a better player and they'll matriculate up to being successful. But that's an incredibly emotional, vulnerable time for a child, as soon as they're finished the game, whether they won or they lost or anything in between.

I found the best thing you can say to your child after they is simply the six words of I love to watch you play. Yeah, that's it. I've had to program myself to say that. I was rather robotic for the first couple years, almost reading a script off of my hand, to be able to say, "Alan, don't say anything except for I love to watch you play." Now it's just second nature to me. I tell you what, my kids, their faces light up when they see that the only reason I'm there is because I love watching them do something they enjoy and I'm there to support them and I'm there to love them unconditionally, that my love for my children has nothing to do with how much they play, how many points they score, or whether they win or lose.

I know every parent listening to this at their core feels the same way. They love their kids unconditionally, but when we can start being judgemental and critical of our kids' performance immediately after, it makes our love appear to be conditional. It makes it seem like, well, after you play well, we're all smiles and the car ride home is great. After you play poorly, it's the exact opposite. I get on you and I'm critical. Basically, we're modeling the fact that our love for them, in their eyes, because they have much lower emotional intelligence than I would hope we'd have, in their eyes, they're thinking, "My parents love for me is conditional.

Looking for More? We have the full interview available at SoccerParentResourceCenter.com. Grab a free 3-day pass here.