Talent, Tryouts and Trainers, Oh My! Is Youth Soccer on the Right Path? 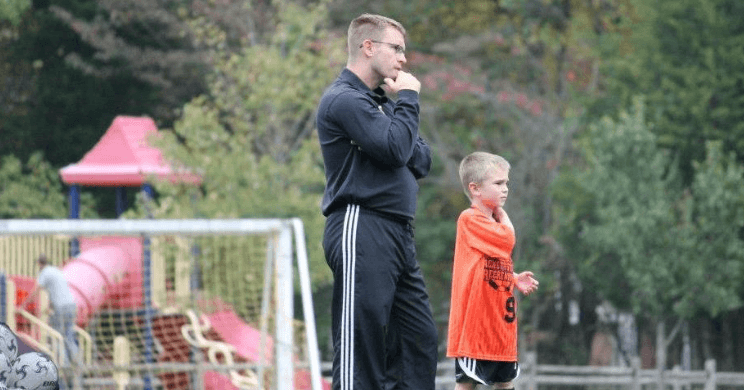 Talent, Tryouts and Trainers, Oh My! Is Youth Soccer On the Right Path?

It was a big deal!

I remember it very plainly.

My parents, brothers and I would all sit down with popcorn and watch “The Wizard of Oz.” It was an annual occasion. The movie is definitely a classic but I think that the ritual and nostalgia factor make it a little more important for me. Despite being released in 1939, the story stands the test of time. A young girl has a magical adventure that ends up being a dream but she learns that her search to distant lands led her back to the home and people that really mattered in the first place. Most of the things that she desired or feared ended up being fake or easily defeated.

As the spring soccer season continues, I am inundated with emails about tryouts, camps and recruiting services. It is not a new thing that is unexpected. However, following many discussions that I’ve had with members of my own club, I’m left wondering if the modern American soccer culture isn’t a lot like Dorothy.

Are we searching for something that is hollow and the truest prize is in our own backyard?

It is tryout season and clubs throughout my area will be selecting the best talent they can find. Then they will pair that talent up with a paid trainer in order to improve upon that talent. (Full disclosure I am a paid trainer) Games will be won and lost over the course of the year.

Then the cycle will repeat.

The teams and players will progress down the yellow brick road toward what exactly?

The best of the best will be professionals. The second tier will play in college. The rest will either fizzle out along the way or play in a recreational type setting for as long as they enjoy it (love men’s and women’s leagues!).

So is it really that a majority of us are hoping that our kids get to that promised land of professional or college that we’ve created this monster system?

Or is it that we’ve forgotten where we are and where we’re going?

My fear is that in a few more years many people are going to find the little man behind the curtain and be shocked.

Soccer is an inherently simple game that has so much to offer to the people who play and watch it. The positives that it offers to young players are generally intrinsic rather than extrinsic. Physical fitness, self-confidence and camaraderie just to name a few.

None of these positives require talent, tryouts or trainers, OH MY!

In fact all three may inhibit the expansion of these intrinsic positives because they are all short term.

Talent is relative and momentary.

Trainers are generally interested in the short-term improvement of skills in a very selective area.

It is not that these things are without their place. However they should not be the silver bullets that are used to propel our young players forward.

If the vast majority of youth soccer players are not going to end up in the top two tiers of involvement, then should we (the adults) be building the yellow brick road? Or finding our way back to Kansas?

My belief is that the solution is on the horizon if enough people are willing to look for it.

It all comes down to focus.

If the focus is put and maintained on the idea of making our kids great people first, then we all win regardless of the outcomes on Saturdays/Sundays.

Do we have to pay for that service in the form of coaches and trainers? Most likely not. It takes involvement and time from the adults who truly care about the kids. My father coached my teams for years and his soccer knowledge, at the time, came from books. The game has progressed since then but so has the knowledge of the parents and accessibility to information.

Since the focus would not be on game results, tryouts might go away or be held every two or three years. That way the team gets to be “a team.”

Finally, what will happen to the talent of our players? Won’t their soccer skills drop if we no longer employ these improvement strategies?

For the long term, does it matter?

Off the field, my soccer skills have saved a few glass bottles from breaking. Other than that, the non-soccer skills have been far more important. Learning how to lead, fitness, problem solving and self-improvement are all practical skills that were honed on the field. In the short term, there are other ways to improve one’s soccer skills without expensive trainers. It’s called practice! Kids are extremely adept at using YouTube to figure out many things. Perhaps watch that video with the child and go into the backyard to practice.

In ten years will we not know our extremely talented former soccer players? Or will we have a self-reliant young person that we can relate to who was OK at the kicking game?

About the Author Peter Huryk

Pete Huryk helps soccer players get past fear and self-doubt to get more out of the game of life. He is a coach, speaker and author who specializes in working with teenagers and young adults. His first book "Fill Your Boots" is a guide for the high school soccer player both on and off the field and can be purchased here:

4 Questions to Ask Your Child’s Coach