The Sideline Project: Improving the Game Day Experience for All - Soccer Parenting 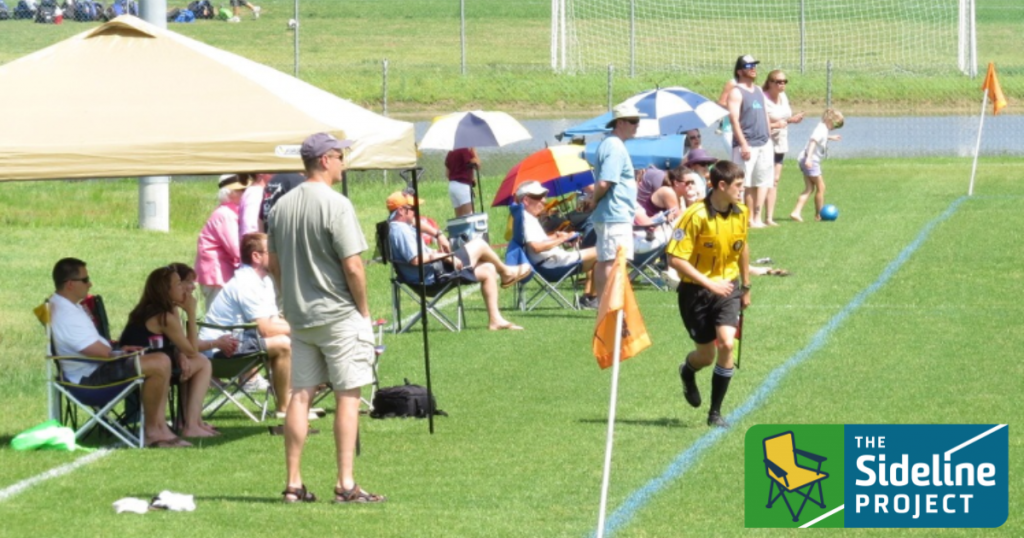 The English Football Association – the organizing body of soccer in England - has announced a new campaign geared towards improving sideline behavior called “Enough is Enough”.  The promotions for the campaign (linked here) mention the small minority of people who exhibit hostile behaviors on the sidelines, and the negative impact they have on the game day experiences of players, coaches, referees, and other spectators.  “We all have a responsibility in setting the right standard of behaviours in the game,” the FA says.  Of course, at The Sideline Project and Soccer Parenting – we agree completely. Every person at a game plays a part in setting the tone for acceptable standards of behaviors.

We have launched The Sideline Project – a 15 minute online course that improves sideline behavior - to rally all youth sports parents, coaches, and officials around this important and problematic topic of poor sideline behavior.  The response from those who have taken the course has been phenomenal!  Over 62% of parents say their behavior improved because of taking the course (33% said it didn’t need improving and 5% said it didn’t improve) and over 40% of parents say their relationship with their child improved because of taking the course.

The Sideline Project is available for individual purchase by interested parents, or for bulk purchase from youth sports organizations.

Distracting players does not help them develop.

The FA makes a very bold statement in the ‘Enough is Enough’ announcement, alluding to ‘action being taken’ for those who exhibit hostile behavior.  In their press release the English FA says: “As we look forward to a new season of grassroots football up and down the country, we are promoting a series of…messages…making it clear that action will be taken against those who ruin the game for others.”

Action will be taken.

Our children deserve clubs and organizations who will stand up for them when it comes to providing a game day experience free of hostile and distracting behavior and therefore maximizing learning and enjoyment.

At Soccer Parenting and The Sideline Project we will be following the FA’s ‘Enough is Enough’ campaign closely to see what action is taken and how the program is rolled out.  Of course, the structures in England are different with the FA overseeing grassroots youth development (as opposed to our myriad of youth soccer organizations in the United States) so consensus is easier to reach.

At The Sideline Project we say: “Clubs must realize it is their responsibility to provide a safe environment for players to learn and develop” and we encourage parents to report repeat hostile communicators to club administration.  Of course, this is tricky – and leads to the following questions.

These are all questions our youth soccer leadership must answer.  And many are!  There are youth sports clubs that have clear and enforceable policies in place and many who are requiring The Sideline Project course and noticing immediate behavior changes.

Ridding our sidelines of distracting and hostile behavior is a lofty goal, but it is attainable if we all come together and reframe what type of sideline behavior is acceptable.

I love that the English FA is taking a stand and I look forward to following along on their ‘Enough is Enough’ initiative to see how it rolls out and what policies are put in place. Our children and referees deserve the opportunity to learn and develop in a space that is not hostile in nature – and we need to commit to making this happen.

If you' like to learn more about providing The Sideline Project 15 minute course to your youth sports organization - follow the learn more link below.