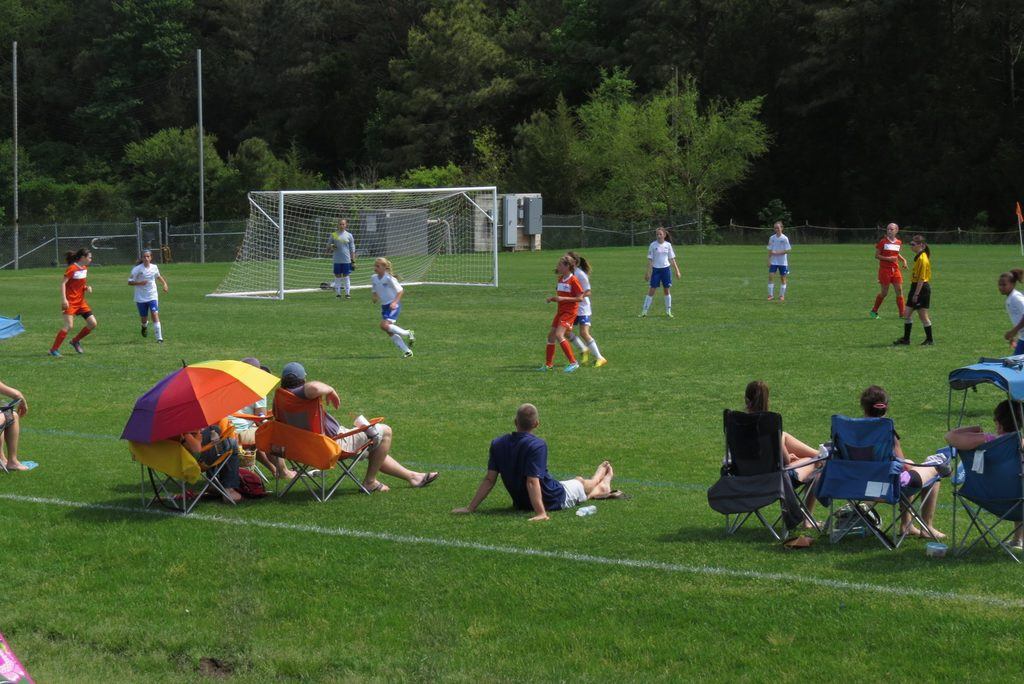 Typically, if one were asked who comprised the members of a youth soccer team, the expected response would be that the team is composed of players and the coaching staff. I would like to borrow a term from the business world and expand the definition of a soccer team to include other stakeholders, especially those with a strong interest in the success of the team. In particular, I would like to focus on an important and under-utilized group of stakeholders, namely, the parents. With a bit of encouragement and education from the coach, parents can become valuable allies of the team, serving to reinforce the coach’s strategies and promoting a healthy and positive experience for the players. Let us explore how this can be accomplished.

There are many reasons coaches might choose to exploit this often neglected resource, the parents. Parents have the greatest influence on their children. They certainly spend the most time with them – including the important time being transported to and from practices and games. So, parents are likely to have the ear of the players. Why not take advantage of this time? Why leave to chance the conversation between a player and an inexpert parent when, with a bit of effort, parents can echo information the coach wishes to emphasize.

We should also be mindful that parents are important stakeholders in another aspect – they pay the bills. Parents can be asked to foot the bill for team fees of as much as several thousand dollars per season. This can be in addition to expensive hotel, food, and gas prices for traveling soccer teams. Some teams expect parents to supplement team time with expensive individual coaches. Parents may have to make difficult decisions in allocating limited financial resources between soccer and other extracurricular activities or between soccer and college savings! To the extent that parents become educated consumers regarding the myriad benefits that their children obtain from participating in team sports, they might be more willing to make financial sacrifices to support their child’s participation.

Youth soccer coaches spend a great deal of time and energy pursuing various coaching licenses and otherwise educating themselves in the best practices of modern coaching. They use this knowledge to help develop the players and team and to make key strategic decisions throughout each game. They often don’t have as much time as they would like to develop the talents of individual players. In this regard, it could be most helpful to enlist the aid of parents to go over and reinforce the strategies or techniques in use at a particular practice or game. Coaches might, for example, have a play or strategy for the day or week that is imparted to parents in what I call a brief Sideline Sitdown in which a particular technique might be demonstrated by the students for their benefit as well as the benefit of the parents. For example, the proper technique for striking the ball is something that players might practice on their own or they might do so in conjunction with their parents. The parents might, then, be able to provide valuable feedback. In effect, the parents would serve as an extension of the coach.

There are many benefits to providing parents with the expertise to guide their children aside from developing their technical skills. Parents often wish to engage their children in meaningful dialogue over matters of interest to their children. Sharing bits of expertise here and there with the parents allows the parents to not only demonstrate their interest in their child’s activities but to do so in a meaningful way. It gives them something over which to connect and bond. It also helps to supplant what might be misguided parent efforts to coach their children with ideas and practices that the coach wishes to impart. Sometimes, parents have the best intentions but not the proper coaching education to offer advice to their children. By providing the parents with a steady stream of brief, actionable techniques and strategies, coaches can be assured that it is their ideas that are coming across to the players.

Coaches would like to make sure that parents are offering positive encouragement to their children and offering advice that will meaningfully contribute to their development. Research has shown that something as simple as the conversation between parent and child in the car on the way home after a game can have a profound impact on the motivation of a child. Coaches can teach parents how to positively encourage their players by promoting the factors that contribute to winning instead of just promoting the notion of winning. For instance, telling a player to try harder after a losing game will not result in more wins. Working with the player to improve his/her shooting techniques will result in more goals scored. The student’s self-esteem will be enhanced. The connection between parent and child will be positive and the net effect on the team will, hopefully, be more wins.

To get parents started on a track to serve as the coach’s emissaries, I suggest that the parents should take the quick, free course offered by the United States Soccer Federation called Introduction To Grassroots Coaching. This will introduce parents to the basic ideas of soccer coaching and provide the basis for a meaningful rapport between the coach and the parents. The course will help parents get an understanding of why coaches do what they do.

We do want to be mindful that this approach of enlisting parent help may not appeal to all parents. Parents often have harried existences of their own and they might not wish to take on yet another responsibility. That is fine. The sharing of responsibility between the coach and the parent should always be voluntary. It should be viewed as an opportunity to give parents a meaningful way to share in their child’s interest.

We also want to be mindful that that this approach not open the door for helicopter parents to dominate their child’s activity. A player’s joy of participating in team sports can be overwhelmed by parents who insist on directing their child’s activity to an excessive degree. Coaches should emphasize to parents that they only make suggestions to their child and that they explicitly ask the child if they would like their participation. For example, if a player wishes to practice his/her striking technique at home, the parent might simply ask if the child would like his/her input or not. The idea here is that, if a parent is going to participate or offer advice regarding his/her child’s play, it should be advice that is educated and advice that is wanted by the player. Of course, to the extent that coaches have educated the parents, the parents’ advice is more likely to be well received or even solicited.

At some soccer clubs, coaches are told to inform parents of a weekly educational topic and what advice to give their children. This command style of informing parents may convey the educational topics, but it does not teach the parent why the topic is being taught, nor does it provide context. This approach does not progress the parents’ coaching knowledge. Rather, it maintains their status as uneducated stakeholders.

To create a better educational experience for the parents and players, I created an informal soccer coaching education for the parents of the team players. It is called the Sideline Sitdown. After a handful of practices, I would have the parents and players of my youth soccer teams congregate on the sideline for a brief coaching session. By providing the reasoning behind a strategy or technique as well as some context, I was able to educate parents in an informal setting. This improved the team environment and resulted in lots of positive outcomes. Parents were now able to understand something of the complexities of soccer coaching and were able to properly advise their child(ren). Conversations between parents and children begin to be more sophisticated and meaningful.  As a result, parents felt more competent and engaged. Some parents even went so far as to conduct coaching research in their free-time to further educate themselves.

The duration and complexity of each session was highly dependent on the players’ age group and parents’ availability. For instance, holding a 30-minute post-practice meeting would be wasteful for a U12 team. It’s too long for the tired players’ attention spans and too long for busy parents.

Overall, these are my recommended general guidelines for structuring a Sideline Sitdown:

1.  Predetermine the topic, complexity, and duration based on the parents and players of the team. (Know your audience.)

2.  Thank the parents and players for attending the Sideline Sitdown.

3.  Provide a recovery snack for the athletes, keeping in mind any allergies and dietary restrictions.

4.  Begin by recapping the previous Sideline Sitdown for the first minute. End the recap by mentioning how the previous Sitdown segues into this Sitdown to create a smooth transition.

5.  Briefly outline the intended topic and explain any technical jargon that will be used.

7.  Be sure to convey the importance of the strategy or technique. Why has the coach chosen to focus on this technique or strategy? How will it contribute to winning the game?

8.  Ask parents and players if they have questions. Be sure to cultivate a friendly atmosphere in which no question is too dumb or silly to be asked.

9.  Close by summarizing the overall topic of the meeting and how the coach hopes to put it to use in future games.

10.  Conclude the meeting by thanking the parents and players for attending.

Better educated parents are likely to be more supportive of both players and coaches. Since parents are the ones that spend the most time with their child, it is important that the coach educates the parents to properly influence their child’s development. By incorporating the Sideline Sitdown, parents will become the closest ally in fulfilling the coach’s developmental agenda.

About the Author Julian Sfeir

Julian is a trailblazer in Moneyball data coaching by working to spread data usage with nations, professional clubs, and colleges. He currently works at the Dominican Republic Men's National Team as Head of Data Science during the World Cup Qualifiers, FC Midtjylland as a Performance Analyst, and Houston Dash as a Data Analyst.