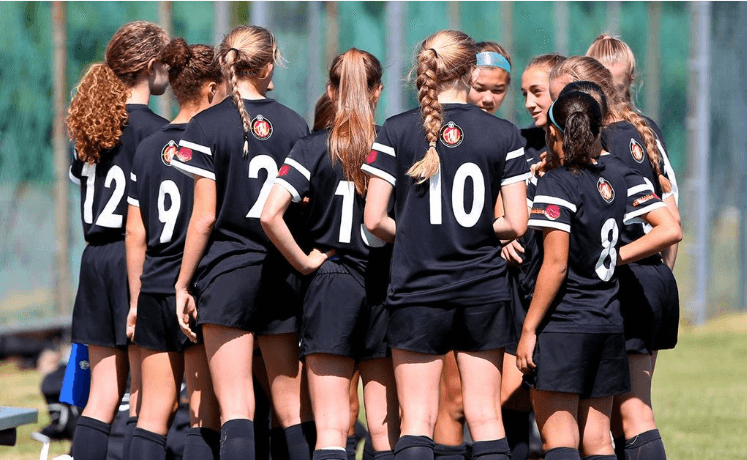 DEAR ANY STATE YOUTH SOCCER ASSOCIATION IN THE USA (and the U.S. SOCCER DA AND ECNL):

Thanks for your understanding in my need to reach out and request rule changes and policy formation that will go against recruiting and tampering with players from other clubs in season.

I have been in the youth soccer club system now for 9 years as a full time coach. I am absolutely dismayed and angered about the utter lack of policies and rules to regulate what is absolutely rampant and wrong in youth soccer regarding clubs tampering with and recruiting players from other clubs during a competitive season. I have witnessed and been on the losing end of other clubs recruiting and taking my players.

There is no denying the fact that youth soccer is an extremely competitive market.  And in other competitive markets around the world there are major rules and policies in place against recruiting and tampering and penalties levied to those that break the rules.  Please read to further your knowledge of how seriously the topic of tampering and recruiting is taken in the world of youth soccer. This is where the USA needs to get to as well, in my opinion.  Manchester City Recruiting Story Link HERE

We have to do something to protect coaches and clubs.  It cannot be okay for our players to be taken – and very easily, I might add.

We have to give our clubs some protection and take a stand.

U.S. Soccer and States and Leagues must adopt rules and policies, and clubs should have internal rules and standards too. Clubs who make it their policy to recruit and tamper should not have continued access to our players whenever they want them and with no reward given to the club they are taken from – especially after years of development.

I hope we can all be on board with finding a solution.  I literally cannot be most effective as a youth coach when a huge part of my limited time with the players is spent building off the weeks, months, season before in order to grow players and teams. And when it’s reset and restarted from zero every start to the fall season, it’s nearly impossible.

Tampering and recruiting can be in multiple forms: (Many, MANY other examples exist)

Youth Soccer is a big business and necessitates the need to start with an even playing field. The rules need to be set to protect all clubs that are truly putting the player first by caring about the player’s development; only to have players whisked away with a recruiting offer to another club is disastrous and against the good of the game and against what parents should be in charge of deciding – wins over development.

In the end, players can leave clubs, we all understand that. BUT right now there NO RULES that help protect clubs and the investment they are making; just to be outdone in the same season by a tampering and recruiting club. Many of the clubs that are recruiting and tampering have not done anything to prove their continued development and investment in players – their player development philosophy appears to be waiting for the next player other clubs have developed and to then to swoop in and snatch them up.

As an ex player myself, I find this an absolute travesty that these clubs are continually allowed to ROB THE PLAYER of the developmental piece to the game. As a coach, how can I do my job to the fullest for my players, my teams and my club when we have little to NO protection to help us?

I’m asking that you make rules and policies immediately for the upcoming 2017 fall season.

Solutions are numerous, here are a handful of suggestions:  (Many, MANY other solutions can exist)

There is never a time more than now for structured and controlled policies to be put in place for youth soccer in the United States.

And, coming from a club that truly cares to build the player through the investment of work that time and progression, I need to be protected over clubs that truly do not care to invest – and possibly do not have the ability to develop the young player. But, in fact, they take from these players only until they are not good enough because they have (not developed them) and therefore recruited another player to take their place and then they are discarded. Why have we allowed this to happen?This is not good enough and we should be ashamed.

I’m all for fair competition, working toward our goals and investing with hard work and time. And if we lose on any given day, then so be it. But, I’m truly tired of losing a battle in an unfair and unbalanced system that goes against the Youth Development Model that is blatantly ignored. This unbalanced system continues to reward clubs that may ‘win’ but destroy the player in the process and unfairly shifts the power to one club over many other great clubs. It’s just not right.

US Soccer Hall of Fame

About the Author Tiffeny Milbrett

Tiffeny played for the USWNT from 1991- 2006 with 206 caps, 100 goals, 3 World Cups and 2 Olympics. She is a member of the US Soccer Hall of Fame. She played professionally for clubs in Japan, USA, Sweden, Canada from 1995- 2010. Tiffeny has her USSF "B" License and is an active youth coach as the Regional Director of Coaching U15 & U16 Girls for the Colorado Storm South.

Previous Post Futsal and the Future of Futsal with Greg Simmonds – video Next Post Talent, Tryouts and Trainers, Oh My! Is Youth Soccer On the Right Path?