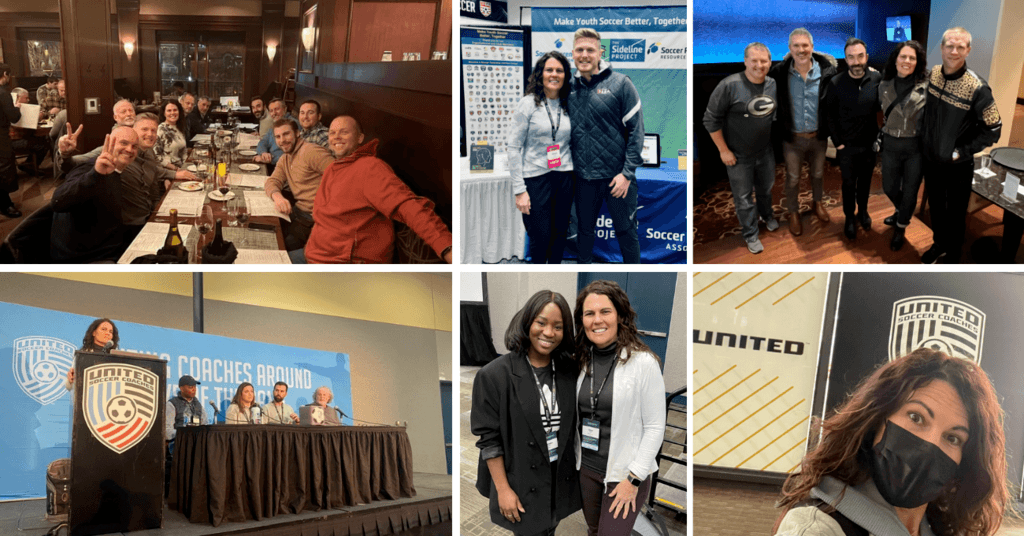 United Soccer Coaches Recap – A Celebration of People and the Game

Another amazing United Soccer Coaches Convention wrapped up on Sunday in Kansas City. While this year’s attendance was obviously lower due to COVID, the Convention none-the-less delivered when it came to providing a powerful opportunity for learning from experts and thought leaders, engagement with colleagues, forming and strengthening business relationships, and honoring deserving participants at various awards ceremonies. Of course – there was lots of socializing along the way to celebrate our friendships in the game.

Personally, I had 4 proper meals, 5 Luna bars, and 15 hours of combined sleep between Wednesday to Sunday!  And - all of that being said, I came home full of energy, enthusiasm for the work we are doing at Soccer Parenting, and excited for the year ahead!  Of course, I also came home ready for a solid nights’ sleep!!! (And thankfully got it!)

New friendships were developed I look forward to maintaining and, importantly, I had the opportunity to spend some quality time with some of my closest friends from across the globe. There were lingering dinners (my four proper meals!) perfectly balanced with belly-laughter and thought-provoking conversation. Face-to-face coffee with coaches and fellow-speakers I had previously only connected with via email or social messaging. The first half of a Green Bay Packers game sitting next to Green Bay native and former USMNT Captain Jay DeMerit. Ten-minute walks from the hotel to the Convention Center laced with curious conversations with whomever I happened to share the hotel elevator with. Moments of joy as finally, after 2 years apart, I reconnected via strong, much needed, and sometimes even twirling hugs reminiscent of a goal scoring celebration, with my friends. Thank you, soccer – once again – for being the game that unites us.

There were two key events at the United Soccer Coaches Convention that reminded me of my deep ties to the game and proved to be emotionally moving for me.

Saturday morning started bright and early with a 5:30 am wake up call to put the finishing touches on the two presentations I was delivering that day and to get showered and ready for the 7:30 am Coaches of Women's Soccer Breakfast. This is an annual event run by the Womens Coaches Advocacy Group and open to all female coaches and male allies. There were over 300 people in attendance.

The breakfast started with a welcome message from Master of Ceremonies Amanda Vandervort, newly named President of the recently formed Super League – a second tier professional league for women that will fall right under the NWSL and launch in 2023. Amanda’s engaging and relatable personality was in full swing as she navigated us through the 2 hour breakfast. Canadian Women’s National Team and long-time professional goalkeeper Erin McLeod presented a keynote message about living in the present and celebrating your journey in the game, and life.

We then honored someone I am incredibly grateful to call my friend - Haley Carter. Haley, a former Marine, played an integral and heroic role in extracting the Afghanistan Women’s Soccer Team from the country as the Taliban regained control and the female players’ lives were in the balance. Haley was not in attendance to receive the award, but we stood for over a minute giving a roaring standing ovation to honor her, the exceptional people who Haley partnered with, and of course – the real heroes – the female players from Afghanistan who literally were running for their lives. 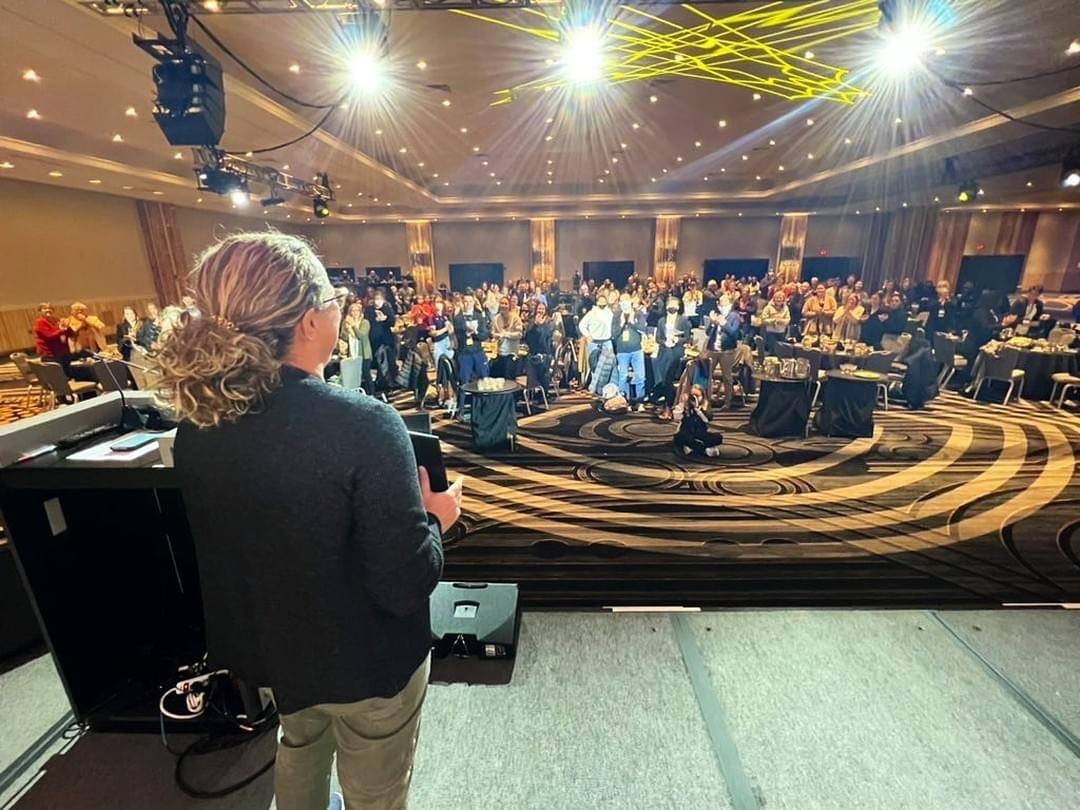 If you have not read the story of the Afghanistan Women's Soccer Team – please stop reading this and instead - read THIS.

The morning came to lighthearted end, as one of my goalkeeping mentors - Amy Griffin – was honored for her lifetime service to the game.  Amy’s work to bring awareness to the carcinogenic effect of crumb rubber has been highlighted on just about every news channel including 60 Minutes. She has impacted the lives of thousands of players along the way as a broadcaster, youth, college, and national team coach and as the head coach for the U.S. Deaf Soccer Women's National Team.

The breakfast was a celebration of a rather badass slate of women in a room full of dedicated coaches and leaders. I am so grateful I set my alarm extra early so I could attend and soak in the energy before my final busy day at the Convention.

While my Saturday began with the Women’s Breakfast at 7:30 am, the formal schedule of the day ended with the Walt Chyzowych Award Ceremony at 4:30 pm honoring another badass – Esse Baharmast.  Esse, America’s first referee to have been assigned two matches in a World Cup, a FIFA Referee instructor, and now Director of Referees for Colorado State Soccer Association, is one of my favorite soccer people. The story about the call he made in the Norway-Brazil Men’s World Cup Semi-Final in 1998 is a story all American soccer enthusiasts must know.  You can watch a youtube video about the extremely controversial call HERE.

I have gotten to know Esse over the years as we have found ourselves on the same speaking circuit at State Association AGM’s more than a couple of times. In a world that needs more kind and genuine men, he is that and so much more. He has always been willing to be involved in the work we are doing with Soccer Parenting (check out his interview on the SoccerParentResourceCenter.com) and his storied refereeing career is wonderfully culminating with his strong influence in the youth game. If there is someone that needs to be on a committee to address our referee issues, it is Esse – his leadership, experience, insight, and character are tremendous. 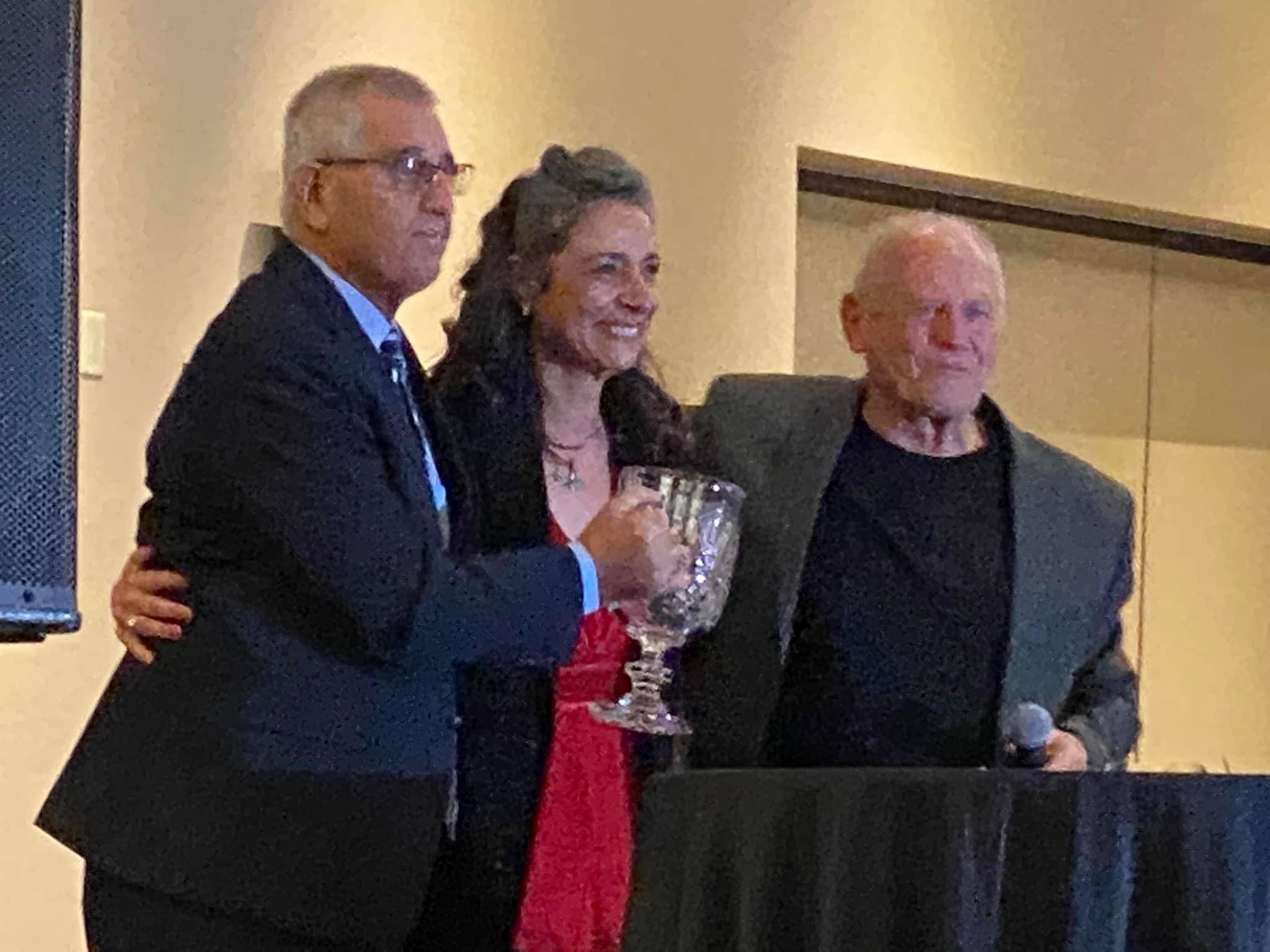 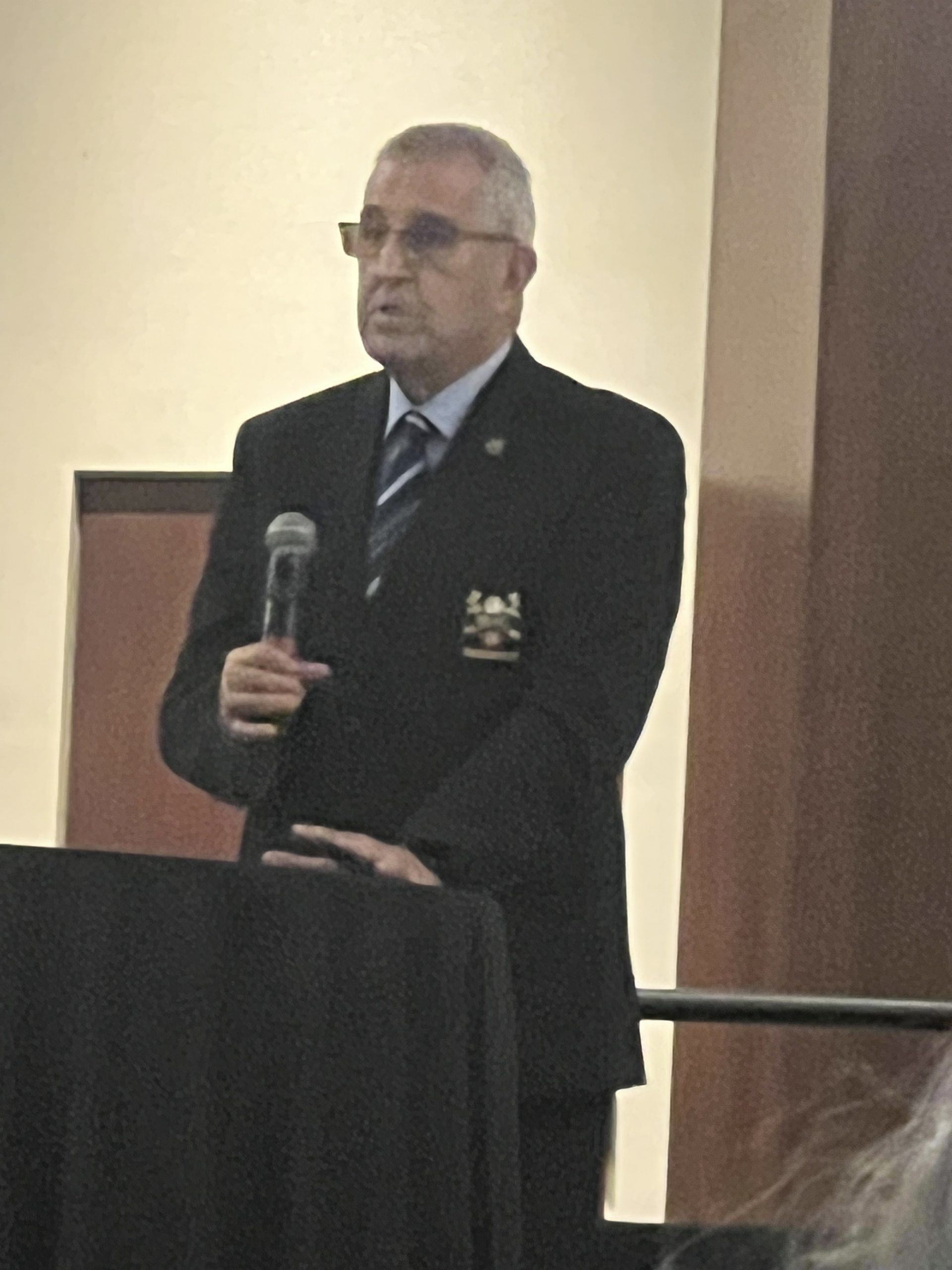 No doubt the people who were sitting around me at the ceremony for Esse were a bit concerned, as I found myself crying more than once as they honored Esse, as his wife joined him on the stage, and as he spoke with tremendous gratitude for his life’s accomplishments.

While I think the tears were an emotional release after four non-stop days of action, they were also a perfect way to end a United Soccer Coaches Convention where we could RE-UNITE and celebrate the beautiful people the beautiful game has placed into our paths.