Who You Use as Role Models and Examples Matters 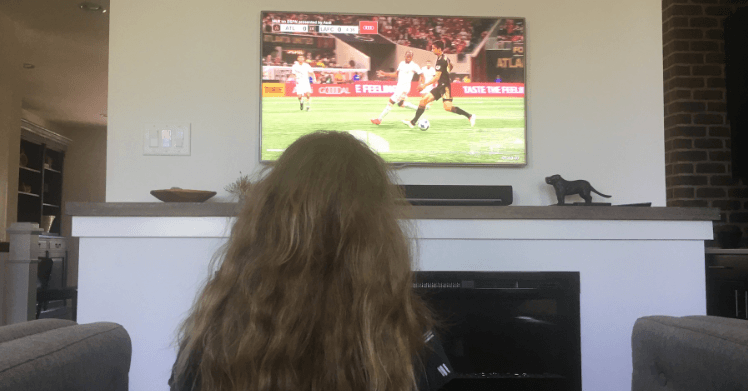 Who You Use as Examples and Role Models Matters

What coach or parent has not used the talents of a famous player as an example? How they trained, their work ethic, stories of their youth and their skills on the field. These are all used by coaches and parents to motivate young players.

These examples not only show them skills to aspire to, they also serve to provide role models and as examples of their potential. Young players who watch and attend professional and national team games dream of being on that field and wearing the jersey of their favorite player or team.

Too many times I hear coaches and parents trying to motivate young girls only with examples of the male players that they themselves idolize or admire. While there is nothing wrong with these examples, it is important that we also include examples that female players can relate to and see themselves as.

A young girl may admire and work to emulate the skills of Lionel Messi or Cristiano Ronaldo, however she will only be able to relate to them up to a point and is more likely to see more of herself in the likes of Abby Wambach, Marta or Megan Rapinoe. These kinds of examples can serve to validate that she herself is a soccer player and an athlete in a way that a male example simply can’t.

Watching both men’s and women’s games, and using a diverse set of players as examples, is essential and broadens the scope and understanding of who is and can be an athlete or talented player.

This spring I had the privilege of attending a She Believes Cup game with a group of young girls, their parents and siblings. As the game was in the second half it was clear that, with faces painted, flags waving and lots of cheering, the girls were having a blast. There may also have been some Dippin’ Dots involved.

They cheered for all the players as the entered the field or made an amazing play.

But it was a completely spontaneous exclamation of one young girl that caught my attention and that of all the parents within earshot. As U.S. defender Casey Short, a player of color, was brought onto the field at Red Bull Arena a surprised and excited shout of “She has my hair!” could be heard from one of the girls.

Role models that players can see themselves as matter.

While we may use our favorite player as an example for some things, it is important that we as coaches or parents also include in our examples, and in the games we ask  players to watch, athletes that they themselves can both admire and see aspects of themselves in.

About the Author Sarah Dwyer-Shick