Player Numbering System Explained in U.S. Soccer - What is a 6 anyway? 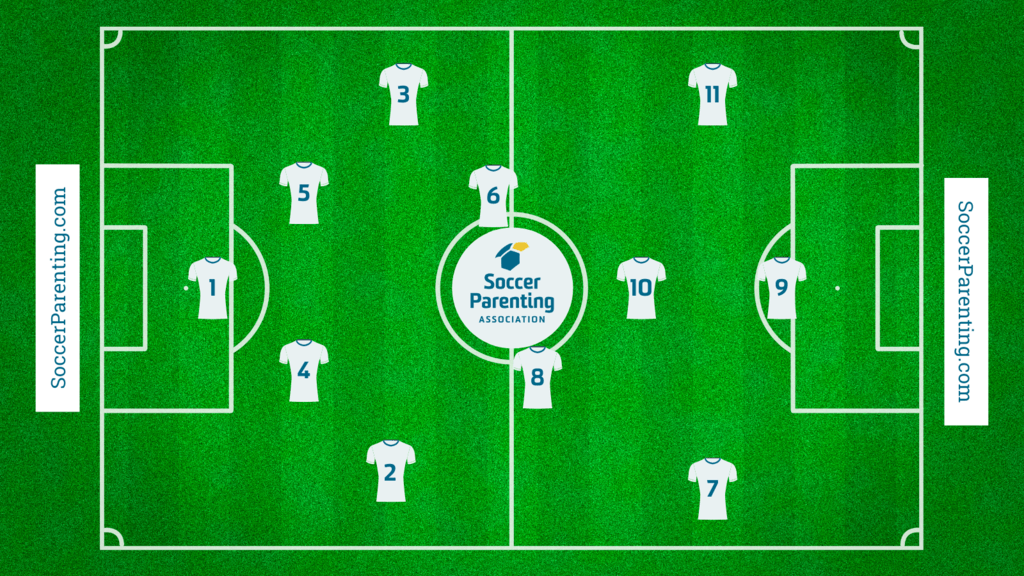 What In the World Is A 6? U.S. Soccer Numbers – Explained

There were blank stares from many of the soccer players in the group.  You could almost hear them silently begging Coach Brunner, “PLEEEASE, don’t call on me.”  Some in the group were cautiously hopeful they knew the answers, and, it was obvious from their level of engagement that a handful were feeling confident and excited because they had been taught the soccer numbers – the numbering system – from their club coaches or had educated themselves with a bit of on-line research.

This was the scene at a U.S. Soccer Training Center in Virginia when Coach Aaron Brunner, leading the session, started talking soccer tactics and quizzing players on the numbering system that U.S. Soccer has adopted. Based on the response of the group, he had to backtrack a bit and layer in the player numbering system to his training and education for the night.

Maybe you had a similar look on your face as these players during the previous World Cups when the TV commentators began bantering about soccer numbers – Michael Bradley playing as a 10 when he’s really more of a 6 or 8. As another example, Carly Lloyd being asked to play as a 7 when she is clearly the US’s best 10. Or, the US Women’s lack of a 6. Enter Morgan Brian.

Simply put, the numbering system relates position on the field to numbers. In a 4-3-3, pictured in this post, the right outside back is called a “2” and the defensive midfielder is referred to a “6”. A soccer number most people have heard of, called a "10", is the playmaking attacker compared to the more target attacker, which is a “9”.

Talking tactics with soccer numbers is much easier than using position names because the positions are called so many different versions of a name in various systems.  For instance, there is a wing-back, a fullback, an outside back – or simply, there is a “2”.

Why use the numbering system?

First, the history of soccer numbers in the game goes back to the 1920s. While the concept of a player numbering system is certainly not something U.S. Soccer created, it is a teaching and communication concept that is now being formally implemented in coaching and player education platforms.

In 2012, U.S. Soccer created a technical group to formally address and establish a philosophy of soccer for the United States.  One of the many results of this technical group is the numbering system.  While similar to other countries such as England and Germany, it’s not the same. 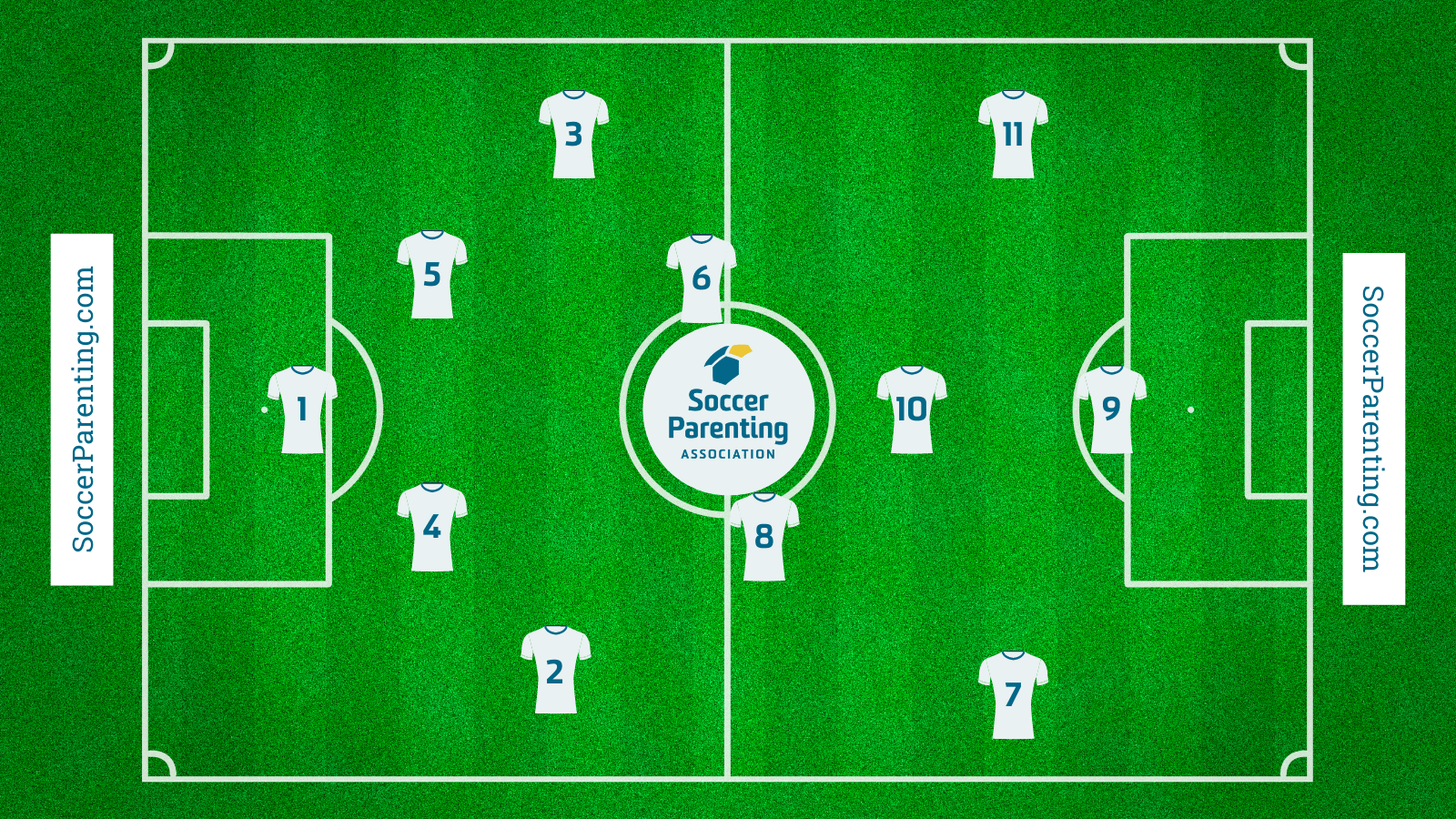 6 Reasons Parents Should NOT Watch Practice

High School Soccer – To Play or Not to Play.

Are You the Parent of a Goalkeeper? READ THIS!

Principles of Defense – An Explanation for Youth Soccer Parents

According to Dave Chesler, currently a performance analysis coach with the USWNT, “A standard numbering system for positions and their roles provides a concise and common method of communicating technical information about individual and team play.  These same tags can be applied to any system and adapted to all levels of play.  Effective coaches are clear, concise and accurate with their communication.”

Explore the members-only platform for FREE!

As the use of soccer numbers has begun to trickle into mainstream soccer discussions, it’s essential that our children understand the soccer numbers and their respective roles.   As parents, it’s important we have a general knowledge of the concept.

No need to get carried away and feel you have to “talk-the-talk” with college coaches and say for instance, “My child is interested in attending your college.  He’s usually a 4, but also is comfortable in the 6 and has the speed to play a 2.”

However, if the college coach is talking to your child and asks where they like to play on the field and your child answers with numbers instead of position names, I guarantee the coach will appreciate their knowledge of the game.

As coaches, we have transitioned from discussing actual positions, which are more related to a specific system, to discussing soccer numbers. This is a good thing because  we are discussing the characteristics a player brings to the table in relation to what is generally required of that number/role within our individual team’s system of play.

Playing Characteristics of the Various Numbers

When we think about the general playing characteristics associated with each number, we  see how all of this makes sense from coaching tactical perspective, scouting and recruiting perspective, and from a player education perspective.

Coaches, with their new education, are now evaluating the tactical adjustments necessary for their system of play based on the qualities of their players.

While recruiting for a college or national team, coaches and scouts can identify and organize the maze of players more easily.

For players, they can start to identify with different roles based on their skills and abilities.  Believe me, children in Holland grow up dreaming of being the next “7” for the Dutch National Team!  It’s uplifting to see that starting to happen in the United States as well.

So, what are the soccer numbers as they relate to the positions and what are some basic characteristics of each?

The introduction of the numbering system to our coaching and player education is a step in the right direction.  The mainstream discussions that are happening through the media and on the sidelines are a clear indication of the continued growth of the game in the United States.  These discussions are a benchmark indicator that the United States is becoming more tactically aware. Parents gaining an understanding of the numbering system will certainly continue the momentum.

Transitioning from Defending to Attacking with SportsLab360