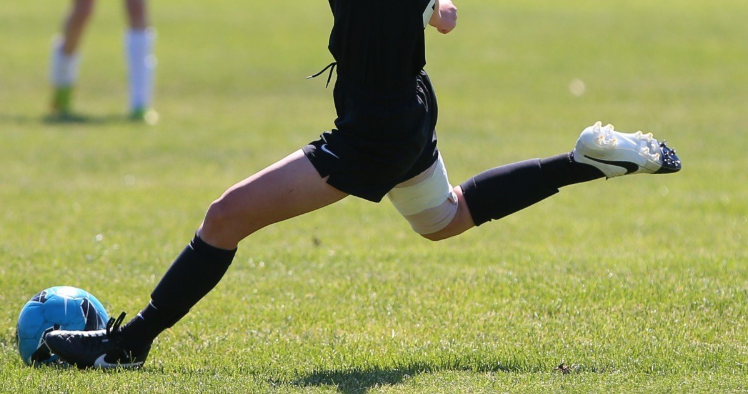 When Does Sport Specialization Make Sense?

For years experts have been saying Youth Sports Specialization can lead to burn out, over-use injuries, and potentially the lack of development of the “complete athlete.” So, knowing this, why am I allowing my child to specialize in one sport?

Youth Sports Specialization is often touted as a real problem in our sports culture.  We hear statistics about the alarming rate of children dropping out of sports around the age of 13, the unsettling number of young children undergoing orthopedic surgeries and, in support of multiple sport participation, we hear about current professional athletes and their multiple high school sports’ participation (often American football being one of the sports because, seriously, who wants to play football year round?).

I often read these stories and have to remind myself, before I start feeling stressed and a bit guilty that my daughter is specializing in soccer, that these anecdotes, albeit noteworthy, do not mean Sport Specialization is absolutely and always inappropriate for all youth athletes.

No soccer club should EVER demand that U-12 and younger players commit year-round to their club and not permit them to play other sports. No training environment for a U-12 and younger child should be so demanding that they couldn’t, even if it were as an exception, play another sport. (My age is a bit arbitrary here – but is aligned with the new US Soccer standards for 11 aside games beginning at the U-13 age. Prior to U-13, teams are smaller and clubs often pool the kids. This should allow for easier multi-sport participation.)

That being said, I do think clubs should offer year round opportunities for training and development for younger players – SHOULD THEY CHOOSE. Some kids just don’t want to play another sport. Along those lines, if your 9 year old child loved to play the violin would you force them to also play the piano? Of course not. I do think, though, that year-round training should not be mandatory for these younger players and that the Long Term Athletic Development of the individual must be considered when formulating the year round opportunity.

One caveat – if your child is playing multiple sports in the same season and regularly missing practices or games in one or both of the sports – I can see that the club may have an issue with this!

Parents of children with real athletic potential need to understand coaches of all sports will be competing for their child. I know, that sounds crass and even unethical in some way – but it’s true.

If you are a parent of a child with real athletic potential, you must not fall into either of these traps:

Your child has real talent in this sport. I know they are only 8, but if they commit to participating year round and focus on their skill development at these young years, they have the potential to be a ….

If your child is a naturally gifted athlete – their long-term potential will most likely be enhanced and developed through multiple-sport participation at the younger ages.

My child will fall behind if they don’t commit completely to this one sport NOW.

Let your children lead the way here. If they want some downtime or to play other sports or participate in other activities – allow them to!

Given today’s youth sports-crazed society, it’s important to have a reality check:

If your child is U-12 or under and has the potential and develops the mentality – there is NO WAY their future in a single sport is going to be hampered because they participated in multiple sports at the age of 10! Their path to the top team may be a bit longer or more circuitous, but it won’t be cut short. If they want to acquire skills they didn’t acquire because they were playing a second sport – they can do so. They may have to work harder for a couple of years, but they can do it (and if they don't have the mentality to do it, then they are likely not a "potentialer" anyway).

I think at some point – AT THE HIGHEST OF LEVELS – SOMEWHERE AROUND THE AGE OF 13, our children need to make a commitment to one sport. Teams just can’t have it both ways.

We can’t encourage 13 year old and older children to play multiple sports and expect them to be able to compete at the highest level against kids that train year round.

Are there outliers? For sure!  Is it possible to decide to play multiple sports through your high school years and end up playing Division I soccer in college? Absolutely!

As I mentioned before, some children just don't want to play other sports.  For my daughter, at a young age she did gymnastics, Tae Kwon Do, basketball and softball - but by the age of 11 - she had settled 100% on soccer.  I felt good about that because of two things:

1. We had set a good foundation for Functional Movement and Athletic Development for her with these other sports.  Even though she was specializing by 11, she had sampled many sports and been able to develop different movement patterns than if she had only played soccer from the age of 6.

2. Her soccer coaches were being thoughtful about movement skills even during soccer practice.  Team handball, backwards running, skipping skills and even crawling and cartwheels could be seen during soccer practice!  I felt comfortable with my child's participation in one sport because I knew she was continuing to develop as a complete athlete.

Specialization is not for everyone.

If your child is full of potential and playing at a high level and is required to specialize and they don’t have the mentality to do so – it’s important you remember that the specialization path is not for everyone.

If your child appears overly stressed or burdened by the level in which they are participating -  and you feel as though they don’t have the mentality, and possibly the potential, necessary to improve – it’s important you remember that the specialization path is not for everyone

Stepping back and playing at a lower level and therefore opening the door for increased development in a less stressful situation or playing multiple sports may be the ideal solution in these situations.

To be clear, just because your child is 13 or older does not mean that year round participation is okay. If coaches are asking players to specialize, or if players are choosing to specialize at earlier ages, the coaches MUST take responsibility from a long term athletic development and injury prevention standpoint and design their year-round training program holistically - based on the individual players’ needs - especially to include adequate time for recovery.

Dr. John Cone, SoccerParenting.com expert contributor, in the article Periodization – An Explanation for Parents defines periodization as: “Generally speaking, Periodization is the structured planning for long-term player development, injury prevention, and performance by optimizing each training and competition opportunity.  Ultimately the goal is to be able to address the individual within the team.“

Individual player monitoring, whether it be as technical as that being offered by companies such as Dr. Cone’s Fitfor90, or simply a strong communication link between the player, coach and parent, must be a tool used by coaches who are working with our specializing athletes.

If your child’s coach is 1. Not adequately concerned about individual issues that affect development and performance and can lead to injury such as growth spurts, muscle soreness, or lack of sleep (among many others) or 2. If they are not providing adequate time for recovery – SPEAK UP!

Specialization without holistic development that focuses on the physical well-being of the child and thoughtful functional movement skill development is absolutely not acceptable.

The next time I hear about that fact that 224 of the 256 players selected in this year’s NLF draft were multiple sport athletes in high school I’ll remind myself that just because my (now 14 year old) daughter is specializing in soccer doesn’t mean I’m causing her irreparable harm.

Specialization, like for my child, can be appropriate for many children IF they don't want to play other sports, their coaches are concerned about their well-being, and training focuses on their long term athlete development.

Previous Post 4 Real Issues to Consider Before Switching to Birth Year Registration Next Post What In the World Is A 6? U.S. Soccer Numbers – Explained