When Does Learning and Development Take Place? - Soccer Parenting 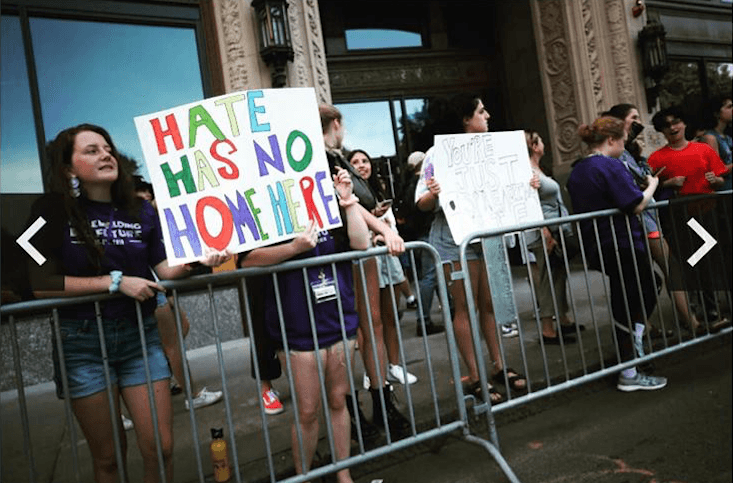 When Does Learning and Development Take Place?

My daughter is getting settled at Emerson College in the heart of Boston as a first year student (and athlete). Last weekend, the first weekend for many of the First Years at Emerson (she has been there a few weeks already for soccer) was the Straight-Pride Parade.  This controversial parade garnered much media attention for it’s hate-speech and potential volatility.  Awareness of the parade was extra strong at Emerson as the path of the parade was straight through the heart of the campus.

A well-scripted letter from the President of the college about the parade was posted on the New to Emerson Parent Facebook Group I am a part of and many subsequent comments from parents were cautious in nature – reminding us to make sure our college students were safe during this hate-driven parade.

Of course, safety is important. But where do we draw the line between protecting our children and allowing them to maximize opportunities to learn? I was especially struck by a parent in the group who said: “So disappointed this parade is part of my child’s first weekend on campus.”

Yes, of course, I too am disappointed we have hate and intolerance in this world.  But I also found myself excited for my daughter - because I knew in the heart of this ridiculous parade was an incredible opportunity for her to learn and develop.

As I read the handful of comments from parents about safety and caution, expressing their personal uneasiness about the parade being so close to their children, I found myself wanting to speak through my computer to them – and say: “Stop protecting your child, let them learn from this situation.”

And then it struck me – this is what I often discuss with parents in soccer.  Sometimes learning is not pretty.

Development can sometimes be stressful, wrought with confusion, and can require some form of reflection – even for a young child.  And while it can be hard to watch our children learn and grow and develop in these stressful times, letting go a bit and allowing our children to experience the up and down times – is also a beautiful thing.

If my daughter were to leave campus for the duration of the parade to avoid the vitriol on the streets she may have been protected in the moment from hatred, but she would not have experienced the growth that could happen by standing on the street corner and counter-protesting the parade participants herself.  If I had told her to stay in her dorm room and watch from above she would have been witness to human protest, and the power of good people coming together to counter-protest, but she would not have felt this as tangibly as going through the process of making a poster and standing there herself – hearing, smelling, feeling, speaking. 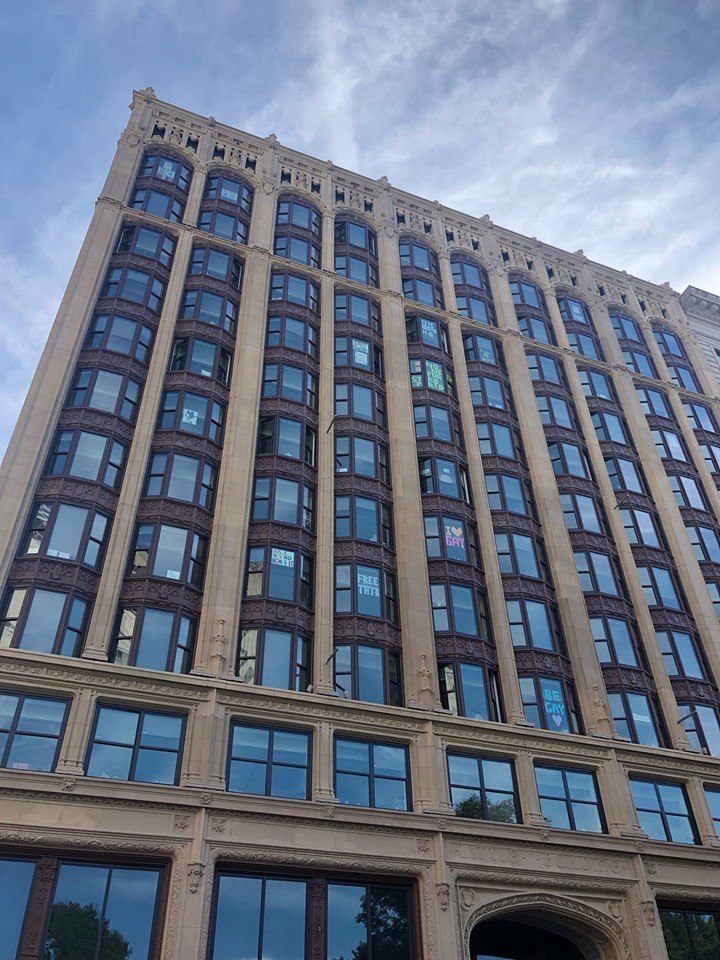 My daughter's dorm on the Emerson College campus.

Protecting our children from harm is woven into the DNA of every parent – so we need to ask ourselves: What is harmful?  While it may be uncomfortable, possibly even emotionally painful to endure – is it harmful?  What is going to result from our child having this experience in this moment?

Not making the team, taking personal responsibility for a ball that’s not pumped up or a forgotten shinguard, not playing the position they want, talking to coaches to receive feedback, learning how to follow instead of lead – these are all potentially stressful moments, but our children dealing with them autonomously is also where learning can happen.

Having a coach that tells a player what to do is similar to watching the parade from the dorm room window.  Learning is so much more effective when game-like interactions are happening and players are making their own decisions by getting their head up, observing their environment, and deciding for themselves what to do.

Fortunately, we have seen a strong move in this direction from US Soccer's Grassroots Initiatives (Play-Practice-Play) and as coaches become more educated and experienced, they will master the craft of coaching to maximize learning.  The types of learning environments we should be seeking for our children are ones where their individual interactions with the ball, their teammates, what is being presented to them in the moment, and the overall environment is the driver for the learning. This is when they are standing on the street corner themselves.

Can we stop being the parent who didn’t want their child to experience the parade on their first weekend in college? And instead be the parent who says: “Make a poster and stand on the street corner and counter-protest loudly.”

Can we implore our children to learn deeply and experience fully and acknowledge the benefits of them learning through "play" not through "drills"?

Learning takes place in all forms.

Sometimes learning will feel energizing and joyful and sometimes it will feel confusing or stressful or make their heart race a bit.  We must not protect our children from the stress, and instead we should celebrate all learning and development.

Postcript 1:  The Emerson Women’s Soccer Team had an away game during the parade, so my daughter wasn’t there – but I was so excited to see the campus community counter-protest…and know these college students learned an amazingly valuable lesson they will take with them for life.

Postscript 2:  The parade had WAY MORE counter-protesters than parade participants.