Keys to Improving Youth Soccer for All Children 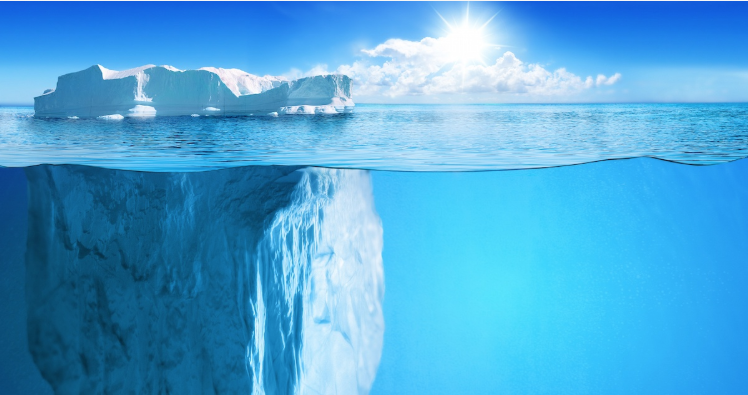 A cultural shift is required when ideas that are neither confronted or debated – ideas which are so engrained in our lives we don’t question them – are wrong.

What ideas are accepted as truth in youth soccer – and are wrong?

I recently attended, along with over 10,000 other soccer coaches and soccer industry insiders, the National Soccer Coaches Association of America (now called the United Soccer Coaches) Convention in Baltimore, Maryland. I spent the majority of my time talking to youth coaches about The Institute for Soccer Parenting.

When I told coaches about SoccerParenting and our mission to inspire players by empowering parents -  resulting in their children having the most exceptional youth soccer experience possible, I was often met with “THANK YOU!!!” “PARENTS DRIVE ME CRAZY!” “PARENTS ARE RUINING IT FOR THEIR KIDS.” “PARENTS SUCK!” “I HATE DEALING WITH PARENTS.” “I REFUSE TO TALK TO PARENTS.” “BETTER YOU THAN ME.”

I can’t tell you how many times, over the course of my recent few days at the NSCAA Convention, I uttered the phrase: “Parents are not the problem, they are the solution.”

The belief that youth coaches have regarding parents being the problem in youth sports is one that runs so deeply and is so widely believed, that when a coach says “I can’t stand dealing with parents,” other coaches simply nod their heads with little comment or thought.

In his book, “Organizational Culture and Leadership” MIT’s Edgar Schein states that culture isn’t “the way we DO things” it’s “the way we THINK” and how that drives what we do.

Schein believes that organizational culture exists on three levels – and all of the levels must be evaluated in order for real change to happen.

Level 1: The Surface Level  These are the norms we see around the soccer fields and in the soccer offices.   These may or may not define the culture – but they can trick us into thinking we know the culture. For instance, if your soccer club’s coaches are all wearing professional gear at training, or if the club has an extremely well organized and functional website – it may or may not mean they have a solid player developmental coaching philosophy and qualified coaches.

Level 2: The Middle Level These are the goals, values and mission statements of the soccer clubs. Just like the Level 1 Surface Level, they may or may not be an accurate reflection of the soccer club’s culture.

It is important to evaluate any disconnect that exists between the mission statement (what Clubs think) and the actual, measurable results or actions (what Clubs do).

Level 3 – The Deepest Level  These are the basic underlying assumptions of an organization – the ideas that are so ingrained in an organization that they are not even noticed or discussed.   As Jill Geiser mentioned in her article What Great Bosses Know about Changing a Culture, “It’s like the part of the iceberg that’s underwater: huge, unseen and potentially dangerous.”

This is the level that must be heavily addressed within youth soccer.

There is a basic underlying assumption – one that I saw first hand at the NSCAA Convention – that parents are a problem.

There is a cultural norm that has permeated the youth soccer coaches minds: Parents must be avoided, Parents are irrational when it comes to their child, Parents don’t know anything about soccer or have perspective on what is the best for their child.

This cultural norm, is a “huge, unseen and potentially dangerous”problem for youth soccer.

How have we gotten to the point in youth soccer where we are working with the most impressionable of our population – OUR CHILDREN – who need to stay involved in youth sports so they are healthier, make better choices, are less likely to use drugs and alcohol and are more likely to pursue higher education…and a huge divide has been established between the two most significant influencers in a child’s decision to play – the coaches and the parents?

What must we do to CHANGE THE CULTURE?

It is not higher level business insight to realize that it is the parents who are making the decision for the youth player when it comes to which sport and which club they will spend their money and time.

So why are so many clubs pushing parents away by not engaging them?

The STRATEGY for every single soccer club should be to grow their business by developing a CULTURE that engages and connects with the decision makers – the parents. If parents are not satisfied or feel as though they don’t have a connection with the soccer club, especially with the younger players, they will often go somewhere else.

If clubs match their STRATEGY with their CULTURE and develop means and methods of connecting with the parents of the players, embracing them and appreciating them, empowering them, explaining fundamental soccer skills and basic tactics – we will being to bridge the gaps that exist between coaches and parents.

2. CHANGE HOW CLUBS ENGAGE WITH PARENTS

How can coaches work hand in hand with parents?

What kinds of new behavior do we need to see?

Imagine a youth soccer environment where parents are an appreciated part of the athletic development process for their child.

Does this mean standing on the sidelines and yelling game directions at their child? Does this mean talking tactics with the coach?

Many parents do those things because they simply don’t know what else to do.

As clubs, we need to see the value and importance of educating parents about the game, their child’s physical and emotional development, keeping perspective, and much more.

What if a parent was guided and tasked with calling out positively 3 times during a game after their child made a successful pass to a teammate, or if they received the ball and kept it in front of them and maintained possession?

What if parents were rewarded with professional sports tickets like they were through the XARA and Coast Soccer League “No Victory Without Honor” program for not having any red cards issues to parents during a season?

What if clubs appointed “Parent Engagers” to explain to parents why we don’t introduce tactics to young players, the proper way to pass and receive a ball and explain expectations for the game they are about to watch?

It cannot be ignored that a primary reason for frustration amongst parents leading to stressful situations between clubs and coaches and parents is the lack of quality coaches.

Often well meaning, volunteer parents with no soccer education are offering their time to a team and their lack of education makes it a frustrating experience for players and parents alike.

Often well meaning paid coaches with some soccer education have little to no communication or emotional intelligence education/training and struggle to maintain healthy communication with the parents.

With this in mind, another critical shift in behavior must be for clubs to solve this problem by mandating coach educating and communication training and developing a cost effective means for getting the more talented and qualified coaches working with the most novice players while simultaneously mentoring the volunteer parents.

A CULTURAL SHIFT IS REQUIRED.

Coaches must view parents as the solution instead of the problem in youth soccer.

We must progress from the parents being the “Legendary Villains” – where coaches avoid parents because they believe parents are the problem in youth sports – to a culture where coaches embrace and encourage the active role a parent can play in the positive athletic development of their child.

Previous Post Parents: Be In Control of the College Recruiting Process Next Post Youth Soccer, Train Car Conversations and Being Mindful of the End