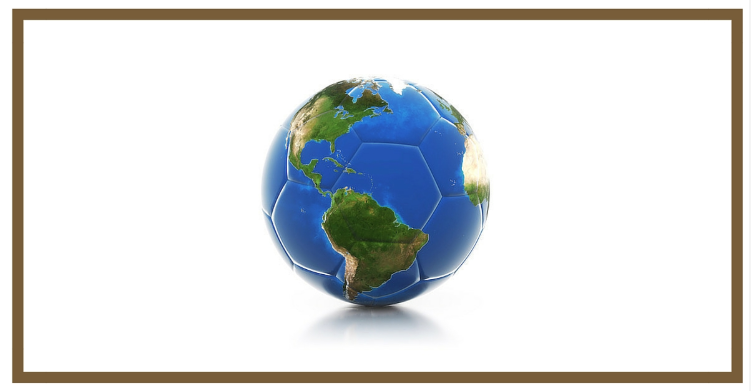 Youth Soccer, Train Car Conversations and Being Mindful of the End

One of my favorite soccer memories is, well, not about soccer at all. I consider it a soccer memory though, as the only reason it happened was because of the game.

When I was 16 years old and traveling with the USYS Region 1 ODP Team on an overnight train from Amsterdam to Verona, I found myself, along with a teammate, in a train car with 4 other people. It was a train car with bench seats along three walls and then a large sliding door to the narrow train-car hallway. We were all sitting, facing each other. If my memory serves me correctly – there was an Italian woman, an older French man, a 20 something boy from Morocco and a Dutch woman with long, blonde hair and a bright blue jacket.

We spoke in a circle.

And so the conversation went – round and round.

The world seemed friendly and manageable and unrestricted in that moment.

What a day I had today! Also one of exhilaration brought to me by the game of soccer.

It started with an email from Todd Beane of TOVO International, saying “Hello from Barcelona. I read your blog, keep up the good work!”   I’ve never met Todd before but had just seen his article What is Your Club’s DNA? on The Changing the Game Project the day before.

Todd’s TOVO Academy program is a unique cultural and soccer immersion program in Barcelona, where he has lived for 15 years, allowing American youth players the opportunity to experience the world and the game and the Barcelona culture in a very unique way.

The day then progressed to a conversation with Erik Imler – of Can’t Pass, Can’t Play and Kwik Goal/Uhlsport. Erik is a force of energy – enthusiastic, thoughtful, passionate about the game. He and I had a fast paced conversation about fundamental soccer skills, the history of goalkeeper gloves and best practices for marketing them to parents in the United States, among other things.

Todd Beane and I then connected later in the day via SKYPE and talked for about 40 minutes about all things soccer. I loved hearing about his ideas for identifying talent in new ways and the TOVO program – and was super excited to learn about a potential program for girls in Barcelona. My daughter, I know, would be THRILLED at the possibility as soccer and Spanish are two of her favorite things in life.

Todd followed up the conversation by emailing me one of his recent blog posts from TOVO about the Coerver curriculum.

The article questions the “deconstructionist” educational philosophy Coerver utilizes of breaking down the technical components of the game. Todd’s article suggests that we should instead focus on ‘Cognitive Fidelity’ – more of a guided discovery learning process where kids learn by playing because, as he says “it’s not a ‘move’ when you are playing, it’s a ‘solution.’”

After all, Todd says in the attention-grabbing article, THE END IS THEIR BEGINNING.

Our Children Learn and Grow by Experiences, Making Decisions and Finding Solutions.

THE END IS THEIR BEGINNING.

That statement sat with me for a while.

I kept thinking about it. I jotted it down on paper. I said it out loud.

And then I continued reading some of Todd’s other articles on his TOVOAcademy.com blog.

As one would assume I would given my SoccerParenting.com blog – I immediately went to articles under the Parent header. I found myself reading his post “Dear Coach: Relationships Before Results.”

The takeaway of the article is that at the END of the day for our kids, it is the relationships, the experiences that will really matter…Not so much the soccer.

THE END IS THEIR BEGINNING.

At the END of our children’s soccer journey will be the experiences and the relationships. As parents, we must focus on that from the BEGINNING with our kids – the END must be what guides us as we make decisions and think about them.

It’s way too easy to get caught up with the NOW – the chaos of the soccer practice, or the dynamics of the team, or which team they made or didn’t make.

It’s way too easy to think about the NOW – the soccer cleats, or the mistake they made, or if they tried their best or if they missed the wide-open goal, or if they scored the game winner.

It’s way too easy to focus on the NOW.

WE MUST FOCUS ON THE END.

We must remember what we really seek for our children.

An hour after my conversation with Todd and my scouring his blog, John O’Sullivan from The Changing the Game Project called me. John is an incredibly positive person and our conversations are always up-lifting. When I see his name pop up on my phone I get excited at what I will learn or take away from talking with him.

This conversation proved to not disappoint.

We talked about my conversation with Todd and I shared with him how excited I was about TOVO Academy considering having a girls program and how I wanted to sign my 15 year old daughter up for it – RIGHT NOW.

As I was saying that to him, though, I caught myself thinking – “I sure hope it’s in January when she has a break from her soccer team since she can’t miss any practices or a game for her team.”

WHAT IS WRONG WITH ME?

Seriously? I spend my days writing about Soccer Parenting and being level headed and having perspective and…

It’s way too easy to focus on the now and not the END.

Would I seriously consider NOT sending my daughter to Barcelona, Spain for 2 weeks of intensive and professional soccer training coupled with a one-of-a-kind cultural immersion program?

If I am caught up in the NOW, I would.

Could a handful of training sessions be more important than a unique experience that could potentially alter the course of her life?

If I am caught up in the NOW, I could think they may be more important.

Don’t get me wrong – I am 100% behind honoring your commitment to your team…but how have we gotten here?

How have we gotten to the point where we become so narrowly focused on a single way or means of our children experiencing soccer and developing as players?

How have we gotten to the point where the mere possibility of our child missing a week of training or missing a game is so stressful?

It was way too easy to get caught up in the NOW and lose track of the END.

At the END, I want soccer to lead my child to find her place in the world.

I want my daughter to feel the energy and excitement at sitting in a train car full of people who cannot speak the same language and laughing with them in conversation.

I know for a fact that my greatest soccer memories are not being an All-American or playing in the National Championship game. They are of the connections, the people, the relationships and the experiences that were given to me as a result of the game.

Even today as I connected with Todd and Erik and John – the feeling of hope and energy and possibility, those feelings are the END.

I know that for me…

It’s way too easy to forget that for my own child.

Youth Sports is a Journey, Not a Destination

The Importance of Small Sided Soccer Games, Equal Playing Time for All, and Not Forgetting the Late Bloomers!