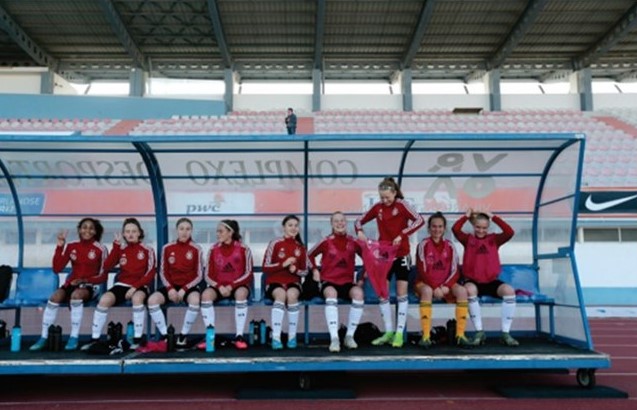 There is one aspect of the youth-sports game that I have yet to comprehend, and that is the coach that does not play certain kids in games. I have been a coach and sports parent for decades, but I just do not get “zero minutes.” To me, zero minutes is unfair, unfathomable, and just morally wrong.

Coaches, mentors, and other organizers need to think carefully about the real outcomes from sitting a healthy youth player on the bench for a whole game or tournament. Ask yourself the following questions:

If you think that zero or inappropriately low playing time doesn’t really occur, check out Skye’s excellent article entitled Our Clubs and Coaches Can and Must Do Better.

Unfortunately, zero minutes happens all the time. For validation of Skye’s observations, here are two further examples taken from the many discussions in my book concerning a variety of playing-time issues.

My son’s elite soccer team had two weekend games near Pittsburgh which was six hours away. Each team member had to pay for two night’s hotel room and two days of food. One solid, but not exceptional player received just a few minutes of game time at the very end of the second game. His play would not have impacted the outcome of either game. You can guess how long this totally embarrassed player remained with the team after that expensive and unfulfilling weekend of bench sitting.

With this same soccer team, the coaches recruited an “all-county” player from a nearby high school whose travel-team had crashed. This new player started several games and played exceptionally well. The team then played a tournament game where several recently absent team members returned from baseball commitments. New all-county player was not played a single minute in that game. He likewise immediately left for greener pastures, and the team lost a very good player. This elite team later crashed due to a shortage of players.

I am sure many coaches or parents are now thinking: “Yes, you are promoting a nice ideal, but limited or no playing time certainly becomes appropriate for elite teams or by a certain age.”

Let’s assume that the zero-minute concept is acceptable at the highest levels of youth play, then why don’t we adults openly acknowledge and define that level? At what elite youth level or at what particular age does zero-minutes become appropriate?

If a youth player is good enough to be selected to an elite team, are zero-minutes ever appropriate? Why was the player selected to the team in the first place – just for the money, solely as a needed practice dummy or only in case of injury to one of the favorites? Coaches and organizers can ‘dangle the carrot’ to attract more players to their organization\team but never honestly acknowledge that some of these players may end up forever paying to chase the carrot.

Alternatively, select teams start younger than age 8; are zero-minutes appropriate beginning at age 8? Age 11? Age 14? At what age does it become acceptable to devastate a child’s psyche? You make the call, as I still don’t get it – particularly at pre-high-school ages.

Besides, my observation is that whenever the slightly weaker bench player is substituted into the game, that player plays with far more heart. The substitute often plays better than the tired superstars even if the starters do have a bit more basic talent and skill level.

In my view, zero-minutes is nearly tantamount to bullying. If still in doubt, ask any youth athlete which coach they would rather play for: 1) a bully coach who constantly screams at them and yells-out orders but plays the player 35% of the total game time or 2) the very nicest coach with a calm demeanor who parks the player permanently on the bench with no game time.

"Zero-minutes is still a far worse personal outcome for youth athletes than playing part-time for an abusive coach!"

That statement should make us all uncomfortable.

Zero playing time clearly destroys the self-esteem and confidence of the player and almost inevitably leads to a hatred of the ‘beautiful game’ that we adult leaders are trying to promote. It also results in a distrust and disrespect of the coach by the athlete, the athlete’s parents and frequently by the other players and parents as well. And we adults sometimes wonder why 75 percent of youth athletes quit sports by age thirteen.

At the earliest youth levels, I have come to believe that zero-minutes borders on being abusive to the kids.

We must do better.

Previous Post If I Were to Write A Book: My Journey to Find Myself Next Post 5 Steps to Make the New Sports Season a Success